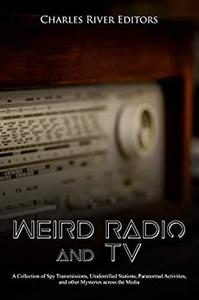 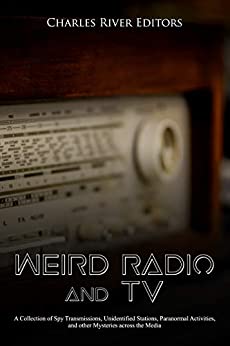 Weird Radio and Television: A Collection of Spy Transmissions, Unidentified Stations, Paranormal Activities, and other Mysteries across the Media by Charles River Editors
English | July 8, 2019 | ISBN: 1079319719 | 95 pages | EPUB | 3.19 Mb
*Includes pictures
*Includes a bibliography for further reading
For more than a century, radio has been a part of people’s lives. No one alive today remembers a time when it hadn't always been there as a familiar, reliable source of information and entertainment. Today, it seems a bit mundane, overtaken by the Internet and satellite television. Even in the 1980s, the development of cable television (50 channels instead of five) and the start of MTV made radio seem quaint, and as many once claimed, “Radio is dead.”
It wasn't, of course. Radio is still popular today, with as many stations as ever, and it remains a part of the world that is taken for granted. While not dead, its familiarity has made it seem a bit mundane, but people shouldn’t think of it that way. In fact, the airwaves have always been a place of mystery, a battleground of competing ideologies, and a source of anonymous voices. Radio has been used to support war efforts, topple governments, communicate secretly, and even attempt to communicate with the dead.
Likewise, for more than two generations, television has been a part of most people’s lives, and few could remember a time when it wasn’t there. Today, viewers are accustomed to broadcasts running seamlessly with commercials following programming before more programs come on. The occasional glitch might happen here or there, including temporary blackouts due to storms, but for the most part, television runs incredibly smoothly.
Of course, that wasn’t all the case. At times, pranksters or political activists hacked into satellite feeds, protestors took over studios while live and on air, and intriguing paranormal events with few good explanations have been seen.
Weird Radio and Television: A Collection of Spy Transmissions, Unidentified Stations, Paranormal Activities, and other Mysteries across the Media includes strange stories that will make these famous forms of media seem a bit less familiar and far more interesting. Along with pictures of important people, places, and events, you will learn about some of the world’s strangest radio and television stories like never before.