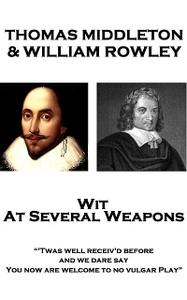 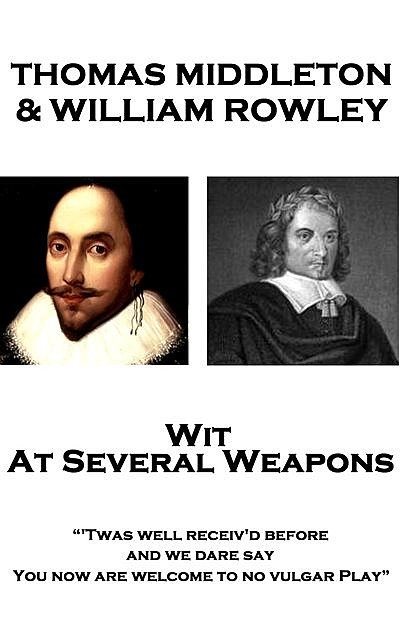 The play was originally attributed to John Fletcher &amp; Francis Beaumont and printed in their early folios. However, though there is some minor work by Fletcher the play, in modern times, has been now attributed to Middleton &amp; Rowley.


Thomas Middleton was born in London in April 1580 and baptised on 18th April. Middleton was aged only five when his father died. His mother remarried but this unfortunately fell apart into a fifteen year legal dispute regarding the inheritance due Thomas and his younger sister.
By the time he left Oxford, at the turn of the Century, Middleton had and published Microcynicon: Six Snarling Satirese which was denounced by the Archbishop of Canterbury and publicly burned. In the early years of the 17th century, Middleton wrote topical pamphlets. One — Penniless Parliament of Threadbare Poets was reprinted several times and the subject of a parliamentary inquiry.
These early years writing plays continued to attract controversy. His writing partnership with Thomas Dekker brought him into conflict with Ben Jonson and George Chapman in the so-called War of the Theatres. His finest work with Dekker was undoubtedly The Roaring Girl, a biography of the notorious Mary Frith.
In the 1610s, Middleton began another playwriting partnership, this time with the actor William Rowley, producing another slew of plays including Wit at Several Weapons and A Fair Quarrel. The ever adaptable Middleton seemed at ease working with others or by himself. His solo writing credits include the comic masterpiece, A Chaste Maid in Cheapside, in 1613.
In 1620 he was officially appointed as chronologer of the City of London, a post he held until his death. The 1620s saw the production of his and Rowley's tragedy, and continual favourite, The Changeling, and of several other tragicomedies. However in 1624, he reached a peak of notoriety when his dramatic allegory A Game at Chess was staged by the King's Men. Though Middleton's approach was strongly patriotic, the Privy Council silenced the play after only nine performances at the Globe theatre, having received a complaint from the Spanish ambassador.
Middleton for his part was exonerated but it is the last play recorded as having been written by Middleton.
Thomas Middleton died at his home at Newington Butts in Southwark in the summer of 1627, and was buried on July 4th, in St Mary's churchyard which today survives as a public park in Elephant and Castle.


William Rowley is thought to have been born around 1585 but an exact date is not known.
As an actor his early forte was playing ‘clown characters’ thus helping to carry the low comedy of the play. He began his career working for Queen Anne's Men at the Red Bull Theatre. In 1609. Along with several other actors he founded the Duke of York's Men, which, in 1612, became known as Prince Charles's Men.
From here on Rowley's career was spent almost exclusively writing and clowning for this company. It was located, in its time, at several playhouses, including the Curtain, the Hope, and the Red Bull. Although when writing one of his main contributions was to provide the comic sub-plot on several other plays, including The Changeling, A Fair Quarrel, and The Maid in the Mill, he wrote substantial portions of the main narrative as well.
Only two surviving plays are generally accepted as solo works by Rowley: A Shoemaker, a Gentleman (circa 1607–9) and All's Lost by Lust (1619). Evidence exists that three other works were authored solely by Rowley: Hymen's Holidays or Cupid's Vagaries (1612), A Knave in Print (1613), and The Fool Without Book (also 1613) but unfortunately none have survived to be further examined. In conjunction with other writers including Thomas Middleton and John Fletcher he wrote several other plays.
The exact time and nature of his death is unknown but records show that William Rowley was buried on 11th February 1626 in the graveyard of St James's, Clerkenwell in London.