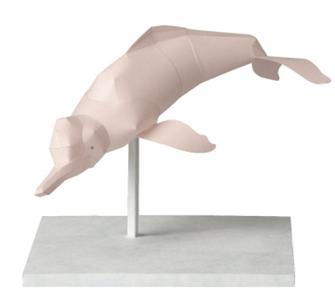 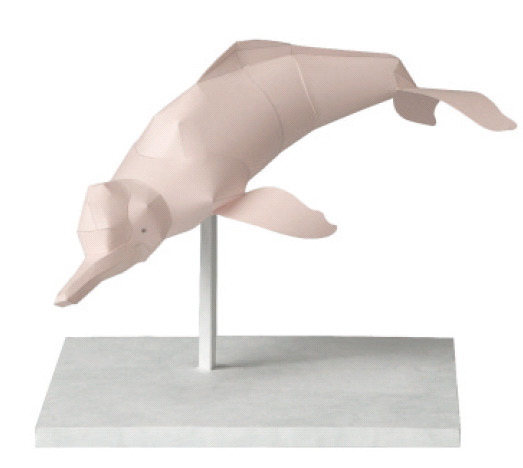 The Amazon River Dolphin is the largest of the existing five freshwater dolphin species which, unlike regular ocean dolphins, inhabit freshwater rivers.

The dolphin calves have a dark grayish body until they grow to maturity, when the belly turns pink and the back remains gray. Occasionally, some of the animals’ entire bodies are transformed into a vivid pink color. Due to the unique coloration, the species is also known as the “Pink Dolphin”. On its head there is a rump, called the melon, which is filled with fat and can be freely inflated. Unlike other sub-species of dolphin, it is also characterized by its humped dorsal ridge on the back instead of an actual fin.

Because freshwater dolphins generally have poor vision, they move by echolocation, a system of sensory perception using their own high frequency sounds, which enable the creature to navigate obstacles.

The Amazon River Dolphin also has a long, wide beak lined with strong teeth, and it feeds mainly on a variety of fish and crabs. Its method is to first scoop up mud in its beak from the river bottom along with bottom-dwelling prey, and then shake out the mud.

After a gestation period of ten to eleven months, the Amazon River Dolphin bears a single calf between May and July, the Amazon’s rainy season. A calf can reach 80 cm in length (approximately 31.5 in.).

The species usually has a solitary life and is only rarely seen in a group of three to ten dolphins.

Habitat: The basins of the Amazon River running through Brazil, Venezuela, and Colombia.

The Amazon River Dolphin, the largest of the five freshwater dolphin sub-species of the world, is a rare animal.

Assembly instructions for the Paper Craft Model of the Amazon River Dolphin, easily distinguished by its pink body, as well as a photo image of a completed model.

This species, considered to be the most primitive of the dolphin family, is classified as “VULNERABLE” in the Red List.