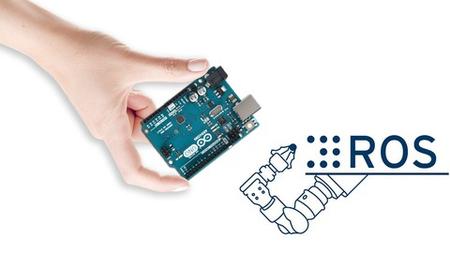 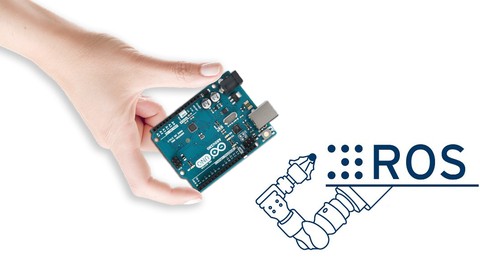 Learn What is ROS
Learn how to Interface Arduino with ROS!
How to Create intelligent robotic systems based on Arduino
How Communication Between ROS and Arduino is accomplished
How to setup Software and Hardware
What are the ROS and Arduino Libraries and how to use them
How to Code and connect an Arduino Circuit to Control it via ROS

Arduino boards are used to build small robots and have simple logic defined control. But with limited onboard computational power and software, often developers are unable to graduate to more complex robots. Often, as builders become more experienced, they look for robotics-specific software, as Arduino offers only part of the control.

This Course introduces a middleware software framework Robot Operating System (ROS) and walks you through the setup and use of ROS with Arduino to create more intelligent robotic systems.

Robot Operating System (ROS) is one of the most popular and widely used robotics middleware software frameworks. It is an open-source platform that helps makers and developers alike to get started with robotics software without reinventing the wheel. ROS provides a standard communication architecture for seamless integration, use, development, and deployment of different components of a robotic system including control, perception, planning, and more. It is a language-agnostic platform with cross-platform communication support for different machines regardless of their site of deployment.

Probably the most used open-source microcontroller development board, Arduino offers an easy-to-use software-hardware interface and an ever-expanding user community. Arduino is mostly compatible with all digital and analog circuitry as well as external devices supporting serial communication interfaces like SPI, I2C, and UART.

ROS-based software frameworks run the high-level algorithms and processes like robot models’ inference, filtering, motion strategy generation, controller algorithms, and more. An Arduino controller mounted on a robot is used to perform the low-level/embedded control and sensing. It includes any or all of motor control, temperature and ultrasonic sensors, IMUs and wheel encoders, and other devices.

What You Will Learn In this Course:

How to Create intelligent robotic systems based on Arduino

Communication Between ROS and Arduino


A lot of information is waiting for you inside this course, join now and start making your own.