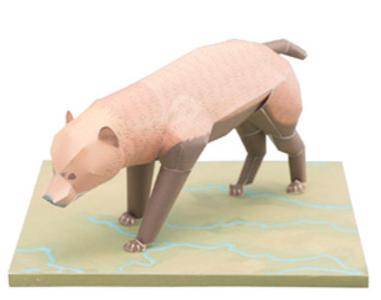 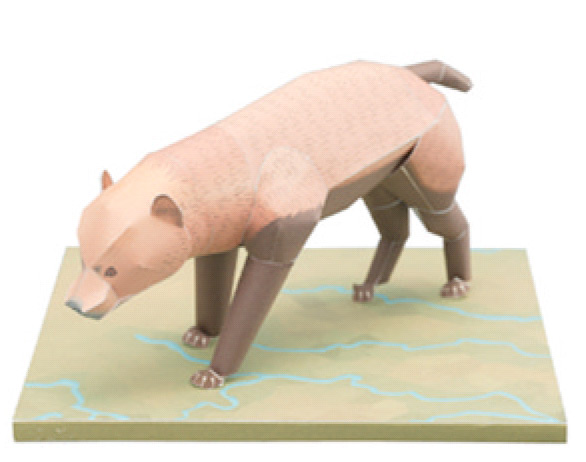 The bush dog is one of the primitive species in the family canidae. They are covered with short reddish tan fur and have a long stocky body and short legs. With small ears and short legs, they look more like weasels or otters rather than dogs.

Although very little is known about this rare animal, their behaviors are being revealed from captive observation. Most canine species are good swimmers, but, thanks to their webbed feet, the bush dog can swim very well and even dive in the water. The very social canid lives in groups of 2 to 10 individuals. They prey on large rodents such as Paca and Capybaras as well as large birds by hunting in packs. They are active mainly in the mornings and the evenings, and sleep during the day.

Bush dogs can also move very quickly backwards as if having eyes behind their head. Confronted with enemies, they run backwards to the burrow while keeping their eyes on their enemy. Just like any other dogs, they mark their territory by urinating; males urinate with a hind leg kicked up, and females do so while balancing on their front limbs as if doing handstand.

Habitat: The habitat of the bush dog spreads from the northern part of South America, eastern Panama, to northeastern Argentina. The very social canid forms packs of about 10 individuals and is found in forests and savannas, particularly near the water. They inhabit burrows or hollow tree trunks. Females give birth to 1 _ 5 pups and remain in the den to nurse pups while males hunt for their food. Low in population to begin with, the bush dog drastically decreased in number due to habitat destruction from land development and deforestation.

The bush dog is one of the primitive species in the family canidae. Very little is known about this canid that looks more like a weasel or an otter than a dog.

Assembly instructions for the Paper Craft Model of the bush dog with a long, stocky body and short legs, as well as a photo image of a completed model.

The bush dog is classified as “VULNERABLE” on the Red List.

Note: PDF data of each model was produced whenever it was carried on this page.
If you have trouble with printing by the latest Adobe Reader, please try to use the Acrobat Reader ver. 5 which you can download from the Adobe website.