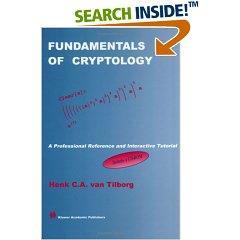 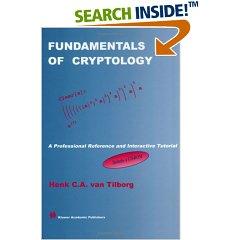 The protection of sensitive information against unauthorized access or fraudulent changes has been of prime concern throughout the centuries. Modern communication techniques, using computers connected through networks, make all data even more vulnerable to these threats. In addition, new issues have surfaced that did not exist previously, e.g. adding a signature to an electronic document. Cryptology addresses the above issues - it is at the foundation of all information security. The techniques employed to this end have become increasingly mathematical in nature.

Fundamentals of Cryptology serves as an introduction to modern cryptographic methods.
After a brief survey of classical cryptosystems, it concentrates on three main areas. First, stream ciphers and block ciphers are discussed. These systems have extremely fast implementations, but sender and receiver must share a secret key. Second, the book presents public key cryptosystems, which make it possible to protect data without a prearranged key.