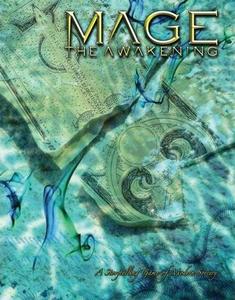 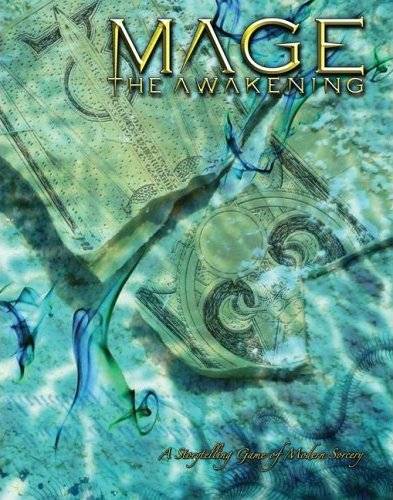 The Power to Remake the World
In an age long gone, mortals dethroned the gods and seized the heavens for their own. And for it, they were flung down into the world of clay, their minds clouded by ignorance. Only a bare few remember their birthright – the power of magic. If they cannot claim the heavens, they will make their own kingdoms on Earth.

A Storytelling Game of Modern Sorcery
* Provides everything you need to tell your own stories in the occult world of the Awakened, including details of the various orders and paths of magic, and many secrets of the World of Darkness.
* Presents the most comprehensive and freeform magic system ever achieved in gaming, allowing characters to cast nearly any spell imaginable.
* Features Boston as a fully fleshed-out, ready-to-play setting
* Features artwork by the acclaimed Michael William Kaluta

In Mage: The Awakening, the third World of Darkness Storytelling game, you and your friends tell stories set in this world, in which you reveal these secrets and unravel the Mysteries of Creation. Those who do so successfully Awaken to the greatest mystery of all-that the rules of reality are not as hard and fast as everyone thinks.

By forging mystical paths to realms beyond the material world, the Awakened (known as wizards, sorcerers, and mages) can impose the laws of those higher realms on this world. Doing so, they can shed light on what hides in the World of Darkness and work great wonders tempered only by their wisdom. Yet for all their power and insight, the Awakened are still human, subject to the same failings and shortsightedness all humanity suffers. They must temper their wonders with wisdom, lest the friction between opposing laws of disparate realities cause an uncontrollable Paradox. Nor can they cavalierly expose the secrets their Awakenings reveal to them. Some secrets are hidden from Sleeping humanity for good reasons, and it is only the proud, foolish mage who casts into the light those things best exiled to shadow.

What's more, a mage does well to keep his pride in check, as pride goeth before a fall. There's always another mage out there with just a bit more power or who knows just a little more about what's hidden in the darkness…