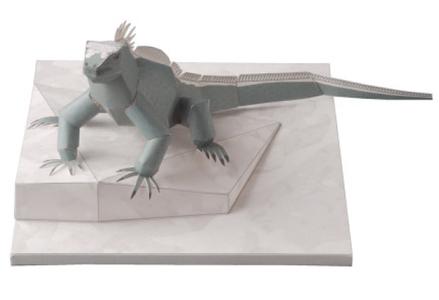 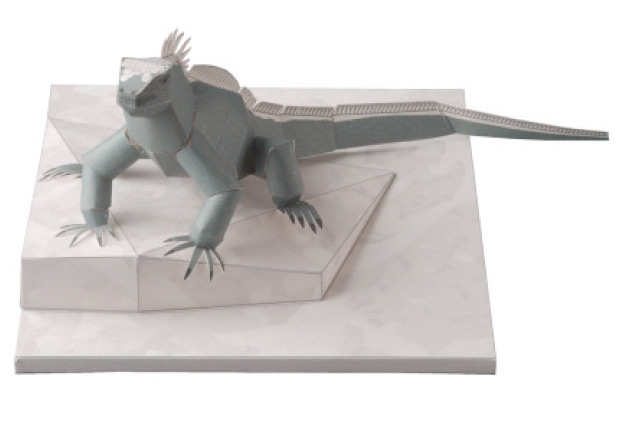 The marine iguana is a species of Iguanidae and has a shorter, blunter snout than other iguanas. They are greenish grey and have horns on the head and a jagged crest on the back. Their extremely long tails make up as much as two thirds of their full length. Despite its appearance, that reminds you of a dinosaur or even a monster, this herbivore reptile is quite harmless, rarely attacking other species.

Although marine iguanas are the only species that adapted to feed only in the sea, they don’t live underwater. Instead, they dive underwater only when they feed on marine algae, which make up their diet almost exclusively. Their long tails serve as a powerful propeller, and their strong limbs and big sharp claws enable them to cling to rocks and ocean floors while they eat seaweed.

A large group of marine iguanas are often seen basking in the sunlight on rocks, and this behavior is crucial to regulate their body temperature. Ocean water around the Galapagos, their habitat, is very low in temperature due to cold currents. By diving in the cold Galapagos water, the body temperature of ectothermic animals like marine iguanas can fall drastically. This is why they prostrate themselves on the rocks to absorb heat upon returning from feeding in the sea.

Marine iguanas ingest large amounts of salt water during the course of their feeding. In order to remove excess salt, they “sneeze” concentrated salt water from the nose. This ejection is also used to warn of intruders.

The breeding season is from January through February. After vying to establish and maintain the best territories, males invite females in. After copulation, females dig holes in a soft sandy spot and lay one to six eggs.

The marine iguana is found on the Galapagos Islands in the Pacific. Large reptiles on these remote islands, including the marine iguana, have evolved while maintaining their ancestors’ appearances thanks to the environment limited in predators. With the arrival of the Age of Exploration, however, sailors started to travel to the Galapagos. These explorers over-hunted iguanas for food, which led to the drop in the number of marine iguanas. Most areas of the Galapagos are now protected by the government of Ecuador as national parks. Therefore, the number of these reptiles has recovered, and it is said that the danger of their extinction has been avoided for the moment.

When seen navigating freely underwater, the marine iguana looks just like a monster. On contrary to its hideous appearance, this herbivorous reptile is quite harmless.

Assembly instructions for the Paper Craft Model of the marine iguana with jagged crest and a long tail, as well as a photo image of a completed model.

This herbivorous reptile is quite harmless. It is classified as “Vulnerable (VU)” in the Red List.