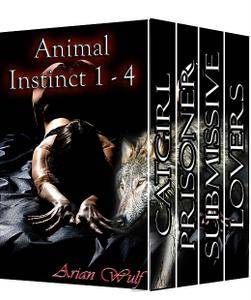 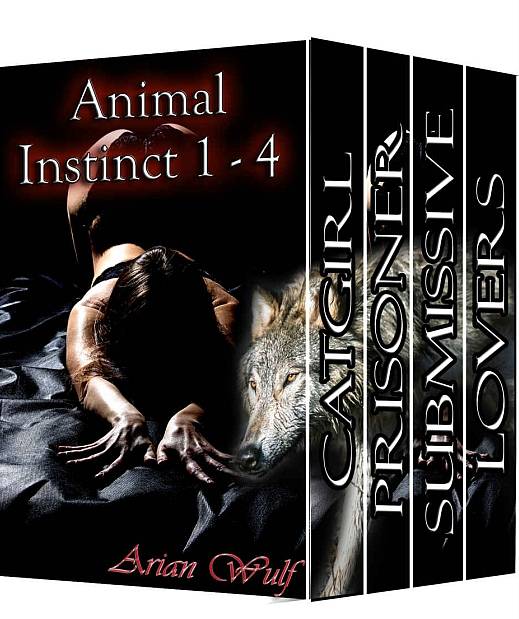 The most basic instinct instilled in all living beings is to survive. The second is for safety and the third, procreation. The Alpha Werewolves (and Werelions) here have the first two covered, so it’s just the propagation part, really. First, they’re going to need a willing female to submit.


In this bundle, you will find:
Animal Instinct 1: The Werewolf’s Catgirl
The last thing Shadow is prepared for when he shows up at work is being given a half-shifter, a beautiful young woman with cat ears and a fluffy tabby tail curled around her body, the tip cradled in her hands.
Nala is a trained Companion, disciplined in all the ways to pleasure her lover, but Shadow can't help but see her as nothing more than a terrified nineteen-year-old who is too young for him. Not the mention the fact that he's a werewolf and a werewolf lover would make more sense.
Yet, the animal in him rears its head and decides that she is his and his alone.
This is how they fall in love.

Animal Instincts 2: The Werewolf’s Prisoner
Princess Imra of Feral Kingdom is a half-shifter, a human with furry animal ears and a tassel tail that gives away the lioness purring inside of her. At eighteen-years-old, she has never left her castle, let alone her land. Fate has other plans for her, she is assigned as a part of a peace envoy Wolf Kingdom, but they are attacked and she is taken hostage by a powerful Alpha Werewolf who would make her his mate.
To stay alive, she must hide her identity, but there is something dangerous brewing in the unfamiliar land, and with the Alpha’s interest in her, she is caught in the middle of everything.

Animal Instinct 3: The Werewolves’ Submissive
Eighteen-year-old Nina is just being a supportive friend when she follows Myra into a club meant for werewolf Doms to find mates. She's neither a werewolf nor a trained submissive, so it's likely that her presence won't be noticed at all.
It is just her luck that she captures the attention of not one, but two of the most powerful werewolves in the club. She is completely out of her league with the experienced older men, especially when they get ropes, clamps, and other steamy toys involved.

Animal instincts 4: Lovers, Knights, & Kings
On the cusps of adulthood with nothing to show for her name, Princess Aryana, is faced with the disheartening notion of her future. Her eighteenth birthday is approaching and so then, is the call of her to be wedded.
None have not heard of the lioness under her shifter skin. She is capable of siring the strongest children, but in a world where werewolves reign, her blood is seen as tainted. Daughter to a fallen werewolf ruler with a nomad lioness as her mother, the princess is as wild as she is beautiful. Her suitor must be powerful and patient, and above all, he must be loving.
Good thing there are many men who are interested in marrying her. There's only one problem.
She is in love with the King, her guardian for the past four years, and he does not return her devotion.