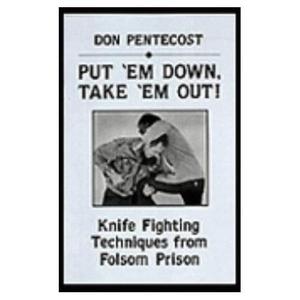 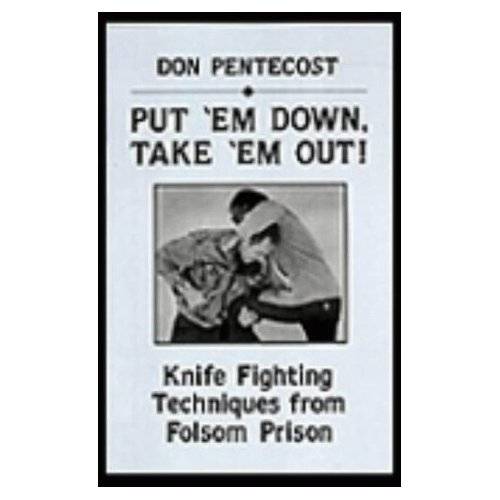 
When Don wrote this book he was just out and not a polished writer. However, the guy coming at you in a dark parking lot ain't no Shakespear either. Despite the current craze of so-called knife fighting experts in the martial arts, don't forget that America has it's own knife fighting culture - prisons. This is not a book on art, it a book on the realities of knife fighting. While it may anger many self-proclaimed "knife-fighters", Don is the one with the scars. To tell you the truth I would rather mess with them than Don.

The book is a essentially a 64 page booklet. Not a criticism, but worth mentioning to those who might be expecting a weighty tome filled with techniques. It is difficult to evaluate the value of the book without testing it out - not advisable here. Having said that, it appears to be the real McCoy. Only too real.

Books such as this do perhaps make some martial artists uncomfortable. "Is this book really out there?" & "…but anyone could get hold of it!". That is right and one hopes that books like this are read by those who want to better understand the dynamics of a knife fight so that they might fare better than they would otherwise have in a self defence scenario.

The book contains a few techniques and argues (with some force) that there are only a few effective techniques in any event. The author also hacks right through a number of myths regarding how to cope with a knife attack. The book is primarily knife vs knife but also has material on knife vs unarmed. All the material in the book can be useful to an intelligent and advanced martial artist in re-assessing his or her own perception of unarmed responses to knife attacks.

Bottom line it seems is that unarmed vs knife means unarmed is in a world of trouble. Sad but true. I hope that the author's experiences with knives can be turned (Aikido-like) into a force for keeping knives OUT of people's bodies rather than helping knives find their way into people's bodies.

A useful peripheral addition to a book collection, but one for the more mature and responsible martial artist. Any martial arts book (or technique, or weapon) is only as moral as the person in who's hands it ends up.