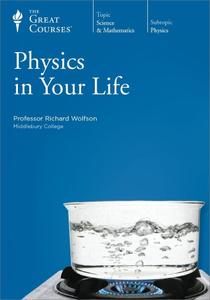 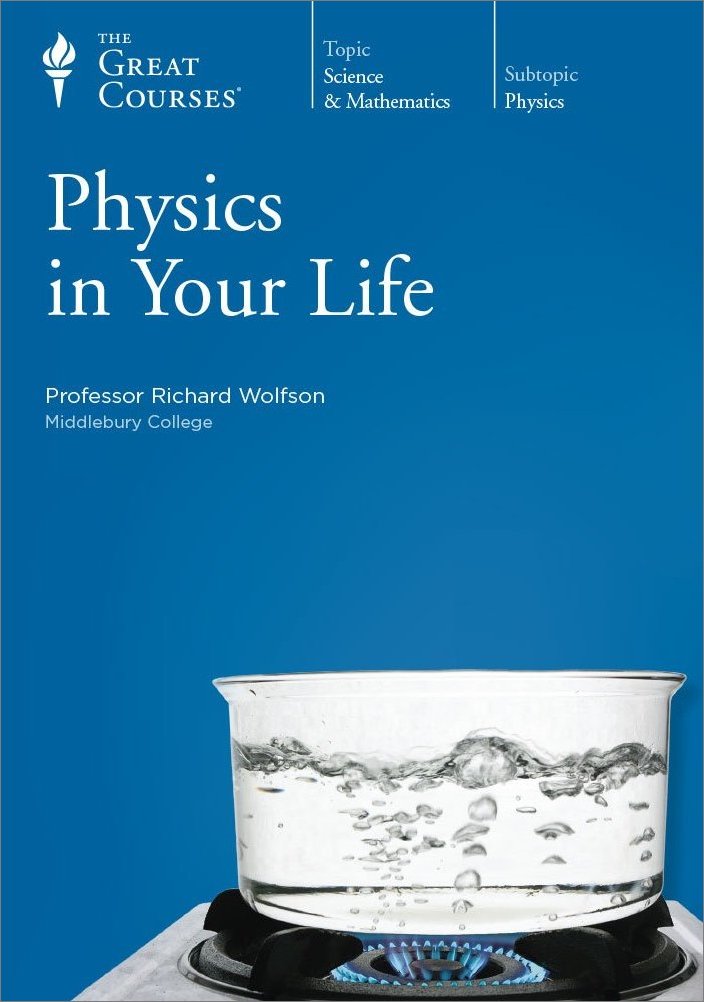 Why does a curve ball curve? Why does ice float? What's the perfect way to cook egg custard? How do CDs and DVDs work? Why don't your legs break when you jump off a chair? What keeps a moving bicycle from falling over? These questions involve physical principles that relate not only to interesting aspects of our daily lives, but also explain such phenomena as the cause of hurricanes, the formation of neutron stars, the ability of water to dissolve different substances, and other fundamental features of reality.


Show Full Description
Therefore, this course that explores the physics of everyday events is not just informative and fun, it has the potential to lead to a deeper understanding of the universe.

But it takes a superb teacher to make these connections—to start with a nuts-and-bolts description of how a refrigerator works and end up with a profound insight into the ultimate fate of the cosmos.

Professor Richard Wolfson of Middlebury College is the ideal teacher to take you on this journey. The New York Times praised him as "absolutely stellar" in his Teaching Company course on modern physics, Einstein's Relativity and the Quantum Revolution: Modern Physics for Non-Scientists. Now he brings the same enthusiasm to "everyday" physics, dealing with our basic understanding of the physical world as it applies to commonplace technologies and natural phenomena.

A Nonmathematical Course Where "Seeing Is Believing"

Physics in Your Life is more than a course in physics and more than a laundry list of "how things work." In fact, it combines the two, offering a back-and-forth interplay between everyday applications of physics and the concepts needed to understand them.

"My approach is entirely qualitative," says Professor Wolfson. "I believe you can understand physics, and understand it deeply, without using mathematics."

How does he do it? In the spirit of "seeing is believing," he uses an impressive array of experiments, gadgets, props, computer animations, short videos, diagrams, and pictures. Like Mr. Wizard of the classic TV science series, Professor Wolfson is a born showman. Among his hands-on demonstrations:

A blown-up balloon is bathed in super-cold liquid nitrogen to show the contracting effect that heat loss has on the air inside the balloon.
Professor Wolfson cranks a muscle-powered generator to demonstrate the surprising effort required to produce a mere 100 watts. Imagine if you had to generate all your electricity this way!
A giant magnetic coil on a rotating shaft reveals the ingenious simplicity of the electric motor, used in everything from electric toothbrushes to locomotives.
A curious phenomenon unfolds as a magnet is dropped through a hollow aluminum tube. Aluminum is non-magnetic, which means the magnet won't stick to it. But can you guess what happens?

You will also see experiments with lasers, lenses, bowling balls, gyroscopes, musical instruments, and more. And Professor Wolfson walks you step-by-step through the processes by which computers compute—from the level of electrons moving through semiconductors to binary bits, bytes, CPUs, RAM, all the way up to text and pictures appearing on your screen.

This course is organized into six modules, treating five specific realms of physics and their related applications, plus a sixth area devoted to a potpourri of topics:

"Sight and Sound" begins with the technology behind CDs and DVDs, using these devices as a springboard to study light, sound, and other phenomena. You will explore how these principles relate to such topics as rainbows, optical fibers for communications, musical instruments, and laser vision correction.

"Going Places" looks at motion and its connection to modes of transportation such as walking, automobiles, airplanes, and interplanetary probes. This module is based on Newton's laws, generalized to include such topics as fluid motion, conservation of energy, and the dynamics of space flight.

"From Atom to Computer" starts with the element silicon and builds through progressively larger scales-transistors, logic circuits, microprocessors, motherboards, and peripherals-to create a conceptual picture of how a computer works.

"Fire and Ice" introduces heat with topics ranging from physics in the kitchen to Earth's climate and how humans are altering it. Also covered are thermal responses of materials, including the unusual behavior of water in both liquid and solid form. The module ends with the second law of thermodynamics and its implications for human energy use.

"Potpourri" offers a miscellany of topics in physics: the workings of the satellite Global Positioning System; rotational motion in phenomena from dance to pulsars; lasers and their many uses; nuclear physics and its multifaceted role in our lives; the mechanics of the human body and how physics enables us to explore the body through medical imaging; and the evolution of the universe from the big bang to you.

From Everyday Examples to Universal Principles

The beauty of this course is that it takes you from the specific to the general. "This is not a standard introductory physics course," says Professor Wolfson. "It's not a course that's going to lay out a lot of physical principles, and then give you a few minor examples of them. Rather, it's going to focus more directly on the application of those principles in your everyday life."

For example, at the beginning of the first module you delve into a mystery that may have long puzzled you: How are music and images encoded in the plastic discs that are CDs and DVDs? As you discover how microscopic pits on a rotating disc are interpreted as ones or zeroes by a laser optical system, Professor Wolfson relates these processes to principles you will encounter later in the course:

Discs rotate, as do objects from car wheels to planets.
Discs store information, a role they have in common with magnetic tapes, credit card strips, semiconductor electronics, phonograph records, and DNA molecules.
Discs are read with an optical system that involves lasers and the reflection, refraction, and interference of light.
The stream of information coming off a disc is manipulated by physics-based electronic circuitry. It is then converted into light and sound using a variety of physics principles.

"CDs and DVDs are metaphors for almost all of physics," says Professor Wolfson. Many disciplines—from quantum physics, to optics, mechanics, and electronics—are involved in making CDs and DVDs work.

Bringing Physics Down to Earth

Physics can get complicated, and whenever the discussion threatens to become too abstract, Professor Wolfson pulls you back to Earth with a memorable explanation or analogy:

On the information content of a CD: "Brahms's Symphony No. 3 as recorded on a disc is nothing but a single number. It's a binary number with many, many digits. When you go out and buy Microsoft Office to put on your computer, it's nothing but an enormous binary number. When you write your Ph.D. thesis, there's nothing but a single, large number."
On the nature of waves: "A wave of people in a stadium is a true example of a wave. The disturbance consists of the people removing themselves from their seated positions, standing up, and sitting down again. That disturbance moves around the stadium, and it carries with it the energy that it takes to lift a person out of his or her seat—but it does not move the people around the stadium. A wave, then, is a traveling disturbance that carries energy, but it doesn't carry matter."
On the energy source of hurricanes: "A hurricane works by the latent heat of water evaporated from the ocean, released in the air to drive the hurricane. Similarly, in a double boiler, latent heat from the boiling water is released in contact with the bottom of the upper pan, and that's what causes the food to cook."
On computer crashes: "In a computer hard disc, there is a head that literally flies, held aloft by aerodynamic forces. The distance is on the order of one millionth of one meter. A disc crash is like an airplane crash. The flying disc hits a particle of dust, loses those aerodynamic forces, and crashes into the disc, damaging the surface—and there goes your Ph.D. thesis if you haven't got it backed up!"

Sonic booms: People tend to think that sonic booms occur at the moment an airplane breaks through the sound barrier, and then it's over. That's not true at all. As long as an airplane is moving faster than the speed of sound, it's dragging a big shock wave behind it, creating a boom as it passes.
What stops a car? Brakes do not stop the car. They simply stop the wheels from turning. What stops the car is the frictional force between the wheels and the road, which is most efficient when the wheels are still rolling.
Centrifugal force: There is no such force. The term centrifugal force is used to describe apparent but actually nonexistent forces one experiences in rotating frames of reference-a sort of fudge to make Newton's laws seem to apply in a situation in which they don't apply.
"Zero g": It's a common misconception that there's no gravity in space. Apparent weightlessness arises any time the only force acting on an object is gravity. That condition is called "free fall."

Physics in Your Life is the perfect complement to Professor Wolfson's other Teaching Company course on physics, Einstein's Relativity and the Quantum Revolution: Modern Physics for Non-Scientists. And while the two courses treat very different realms, they are united by the energy and enthusiasm of an educator whom Teaching Company customers call "brilliant," "exciting," and "one of the most dynamic and engaging professors I've ever had the pleasure of listening to." 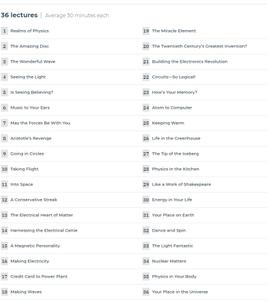 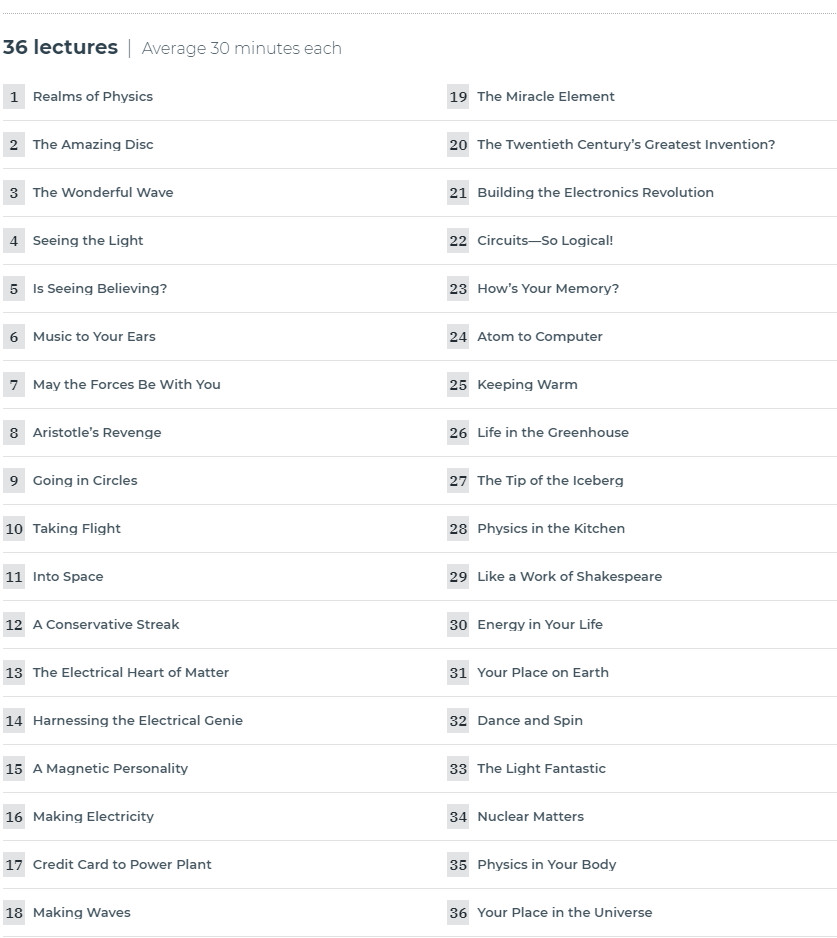 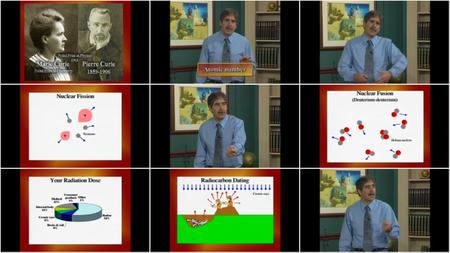 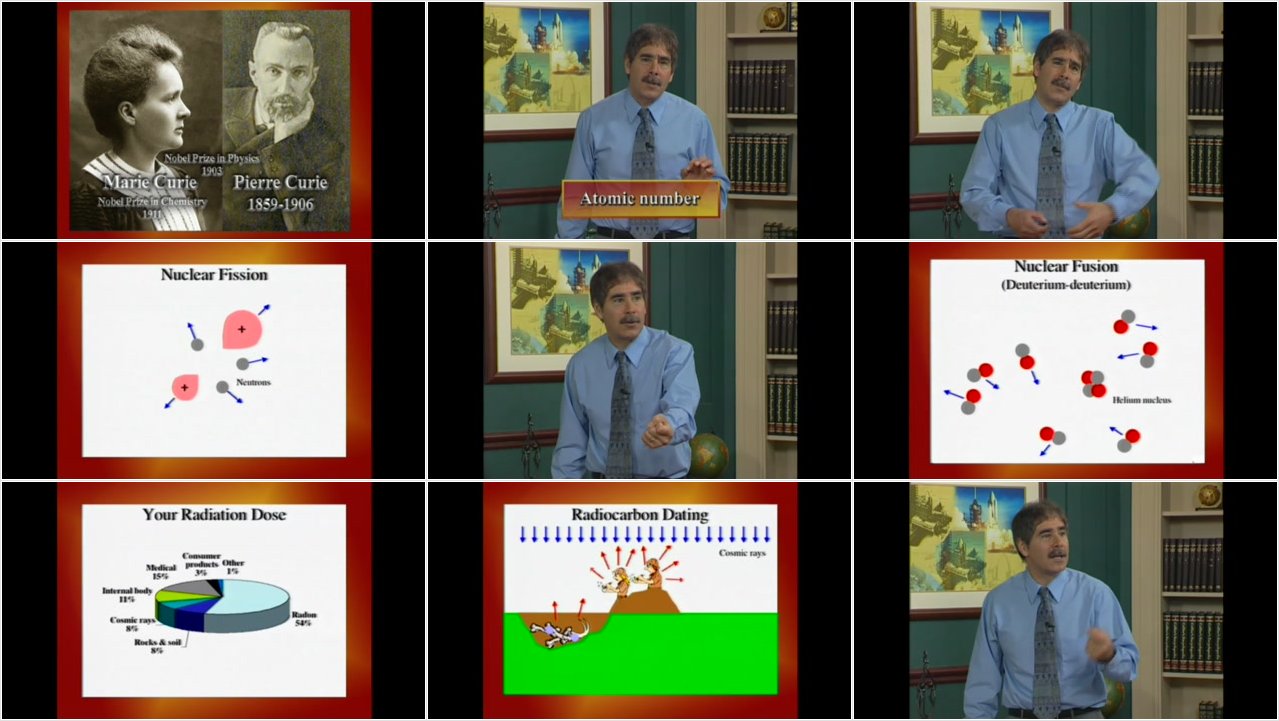