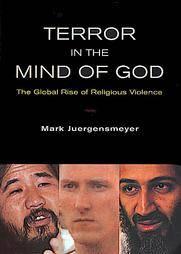 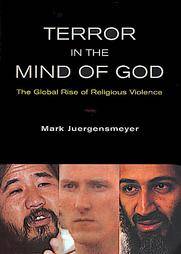 This dark, enthralling book not only documents the global rise of religious terrorism but seeks to understand the "odd attraction of religion and violence." Juergensmeyer bases his study on scholarly sources, media accounts and personal interviews with convicted terrorists. He exercises caution with the term "terrorist," preferring to emphasize the large religious community of supporters who make violent acts possible rather than the relatively small number who carry them out. Juergensmeyer identifies certain "cultures of violence" via case studies along the spectrum of Christianity, Judaism, Islam, Hinduism, Sikhism and Buddhism. Such religious communities often perceive themselves and their way of life as under attack. In Japan, for example, a new branch of "socially prophetic" Buddhists released toxic sarin gas in the Tokyo subway system in 1995, shattering their own nonviolent ethic and harming thousands because they had adopted millenarian prophecies about an imminent end to the world. Juergensmeyer is a powerful, skillful writer whose deeply empathic interviewing techniques allow readers to enter the minds of some of the late 20th century's most feared religious terrorists. Yet he is also a sensitive scholar who aptly dissects religious terrorism as a sociological phenomenon. Later chapters pay special attention to issues of "performance violence," enemy formation, martyrology, satanization and "images of cosmic confrontation."