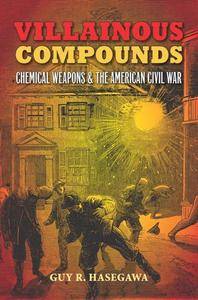 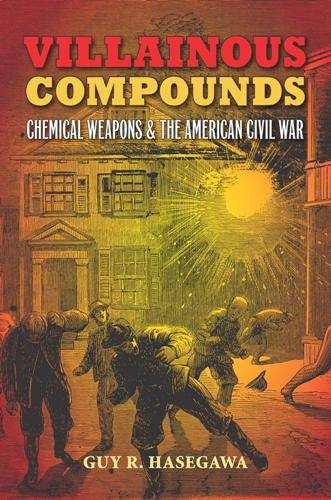 Most studies of modern chemical warfare begin with World War I and the widespread use of poison gas by both sides in the conflict. However, as Guy R. Hasegawa reveals in this fascinating study, numerous chemical agents were proposed during the Civil War era. As combat commenced, Hasegawa shows, a few forward-thinking chemists recognized the advantages of weaponizing the noxious, sometimes deadly aspects of certain chemical concoctions.

In chilling detail, Hasegawa describes the weapons proposed and prepared for use during the war and introduces the people behind the concepts. Although many of the ideas for chemical weapons had a historical precedent, most of the suggested agents were used in industry or medicine, and their toxicity was common knowledge. Proponents, including a surprisingly high number of civilian physicians, suggested a wide variety of potential chemical weapons—from liquid chlorine in artillery shells to cayenne pepper solution sprayed from fire engines. Some weapons advocates expressed ethical qualms, while others were silent on the matter or justified their suggestions as necessary under current circumstances.

As Hasegawa explains, bureaucrats in the war departments of both armies either delayed or rejected outright most of these unusual weapons, viewing them as unneeded or unworkable. Nevertheless, many of the proposed armaments presaged the widespread use of chemical weapons in the twentieth and twenty-first centuries. For example, while Civil War munitions technology was not advanced enough to deliver poison gas in artillery shells as some advocates suggested, the same idea saw extensive use during World War I. Similarly, forms of an ancient incendiary weapon, Greek fire, were used sparingly during the Civil War and appeared in later conflicts as napalm bombs and flamethrowers.

Especially timely with today's increased chemical threats from terrorists and the alleged use of chemical agents in the Syrian Civil War, Villainous Compounds: Chemical Weapons and the American Civil War reveals the seldom-explored chemical side of Civil War armaments and illuminates an underappreciated stage in the origins of modern chemical warfare.