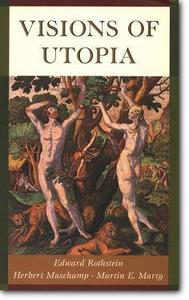 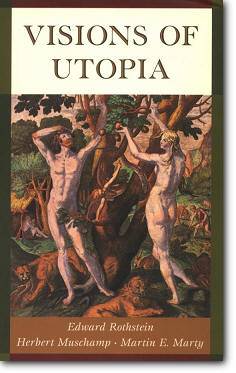 From the sex-free paradise of the Shakers to the worker's paradise of Marx, utopian ideas seem to have two things in common–they all are wonderfully plausible at the start and they all end up as disasters. In Visions of Utopia, three leading cultural critics–Edward Rothstein, Martin Marty, and Herbert Muschamp–look at the history of utopian thinking, exploring why they fail and why they are still worth pursuing.
Rothstein contends that every utopia is really a dystopia– one that overlooks the nature of humanity and the impossibilities of paradise. He traces the ideal in politics and technology and suggests that only in art–and especially in music–does the desire for utopia find satisfaction. Marty examines several models of utopia–from Thomas More's to a 1960s experimental city that he helped to plan–to show that, even though utopias can never be realized, we should not be too quick to condemn them. They can express dimensions of the human spirit that might otherwise be stifled and can plant ideas that may germinate in more realistic and practical soil. Muschamp looks at Utopianism as exemplified in two different ways: the Buddhist tradition and the work of visionary Viennese architect Adolph Loos.
Utopian thinking embodies humanity's noblest impulses, yet it can lead to horrors such as Nazi Germany and the Soviet Regime. In Visions of Utopia, these leading thinkers offer an intriguing look at the paradoxes of paradise.