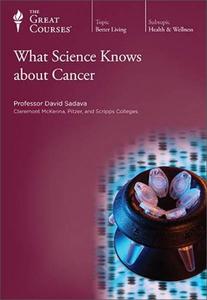 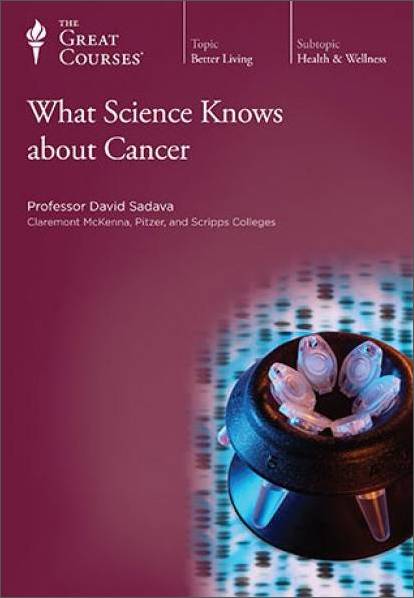 Few global challenges touch humanity with as much immediacy or ubiquity as cancer. Over the course of their lifetime, one in three people in North America, Europe, and Australia will develop a malignancy, and in the United States alone, the direct and indirect costs of cancer amount to billions of dollars a year. The sad truth is that almost every family in the Western world will be affected by cancer at some point in their lives.


Show Full Description
The good news is that the landscape of cancer treatment and prevention is a vastly different place than it was even a decade ago. Thanks to a relatively new focus on molecular medicine, scientists have been on a highly encouraging trajectory of discovery. And with each passing day, researchers are gaining a deeper understanding of the mechanisms involved, poising them on the brink of tremendous breakthroughs.

With the wealth of findings in this field, it is not surprising to read contradictory reports about causes and treatments. It can be difficult to separate fact from fiction, but if we arm ourselves with a scientific understanding of cancer, we'll not only have the tools to evaluate emerging news, we'll be in a much better position to prevent and grapple with the disease.

What Science Knows about Cancer reports from the front lines of the war on cancer with a clear and scientifically precise—yet thoroughly accessible—guide to how the disease develops, thrives, and can potentially be conquered. Taught by David Sadava, a laboratory researcher at the City of Hope Medical Center and an award-winning professor of biology at The Claremont Colleges, this fascinating 24-lecture course leaves no stone unturned in explaining the amazing ways cancer works to subvert the body's normal functioning, and how therapies can reverse these insidious processes.

Using a highly visual, step-by-step approach that takes you deep inside the cancer cell, Professor Sadava answers your questions about cancer and debunks myths with a level of specificity, scientific rigor, and candor that is rare to find.

With his expert guidance, you'll explore

why cancer rates have risen over the last century;
what agents and conditions cause cancer, from tobacco and radiation to diet and female reproductive status;
how DNA changes underlie the development of cancer;
the specific genes involved in making cells progress, divide, and spread;
the methods physicians employ when battling cancer; and
how behavior modification, drugs, vaccines, and compounds found in natural substances may help prevent cancer.

Cancer from a Scientist's Perspective

Professor Sadava presents cancer at the macro and microscopic levels as he lays bare the crisis it creates for both humanity and the human body. You'll venture inside cells to learn the conditions that lead them to become specialized or cancerous, and how the mechanisms that facilitate tumor growth are analogous to the gas pedal and brakes in your car.

Methodically organized and delivered, What Science Knows about Cancer uses a six-part framework to investigate the multistage model of cancer.

Part one begins with an overview of the challenge cancer presents for society and an examination of the history of cancer dating back over 3,000 years.
Part two delves into how scientists use epidemiology to identify environmental agents of cancer, and introduces how spontaneous changes in the expression and duplication of DNA can go awry.
Part three looks at tumors—from how they grow and metastasize to how they're diagnosed, staged, and graded by physicians.
Part four reveals recent discoveries about genes and inherited cancers, cancer-causing viruses, and the molecular biology of cancer.
Part five describes how the three major methods of treatment—surgery, radiation, and chemotherapy—have evolved over time and are frequently used in combination.
Part six offers a frank analysis of the state of cancer screening and prevention.

While you'll touch on specific forms of the disease, these lectures aren't designed to examine the prognosis or therapies of individual cancers. Rather, they empower you to understand how the disease operates and how, through advances in science, it might be stopped.

A Wealth of Eye-Opening Discoveries

This course will captivate you with descriptions of new targeted therapies coming from the realm of molecular medicine, such as drugs that attack DNA and other cell processes, and vaccines that harness a patient's own white blood cells, prompting the immune system to reject a tumor. And you'll be filled with a sense of optimism as you're introduced to treatments in the early stages of development, such as tumor-specific viruses that destroy tumor cells while leaving normal cells unharmed.

Here's a glimpse of some of the other surprising information you'll encounter:

About 10% of cancer is initiated by viruses, and a roughly similar percentage of cancer is inherited.
Things many people assume causes cancer—such as pollutants and food additives—may not be as significant as natural substances in foods and normal reproductive processes.
Public policies such as home radon testing may be based on false assumptions about the risks for cancer.
Tumors can recruit their own blood supply through the process of angiogenesis.
Some cancer occurs spontaneously, simply because of imperfections in our chemistry.

Prevention as the Best Medicine

In addition to highlighting carcinogens to avoid, What Science Knows about Cancer outlines the natural agents that leading researchers—Professor Sadava included—are investigating for their anti-cancer properties.

You'll consider thought-provoking information on the benefits and efficacy of various types of cancer screening, including genetic testing for the "breast cancer gene" (BRCA1), as well as breast self-exams, cervical screenings, colonoscopies, mammograms, and PSA screenings for prostate cancer. Along the way, you'll consider ethical and legal questions regarding the costs associated with these tests, their rates of false positives, what should be done with the information, and whether their routine use has a significant impact on rates of survival.

As a lab researcher at the forefront of this fight who works at the City of Hope Medical Center—and who also taught one of the first comprehensive courses on cancer to undergraduates—Professor Sadava is uniquely qualified to offer a straightforward explanation steeped in the latest science. Although he is presenting high-level findings, he never overwhelms with a barrage of data. Rather, he offers a nuanced interpretation that places research within its broader context—as only a scientist of his caliber is capable of doing.

An abundance of edifying charts, slides, and animations provide a rich visual reference for the information presented, while in-depth accounts of patient histories, clinical trials, and epidemiologic studies enrich your experience and aid comprehension.

Cancer isn't necessarily something any of us likes to think about, but knowledge truly is power. Forever change the way you view and cope with this all-too-common challenge with What Science Knows about Cancer. 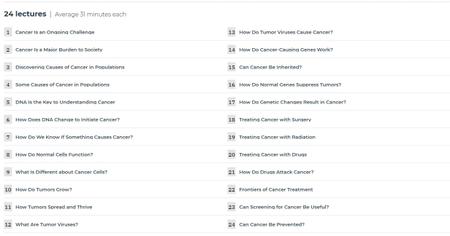 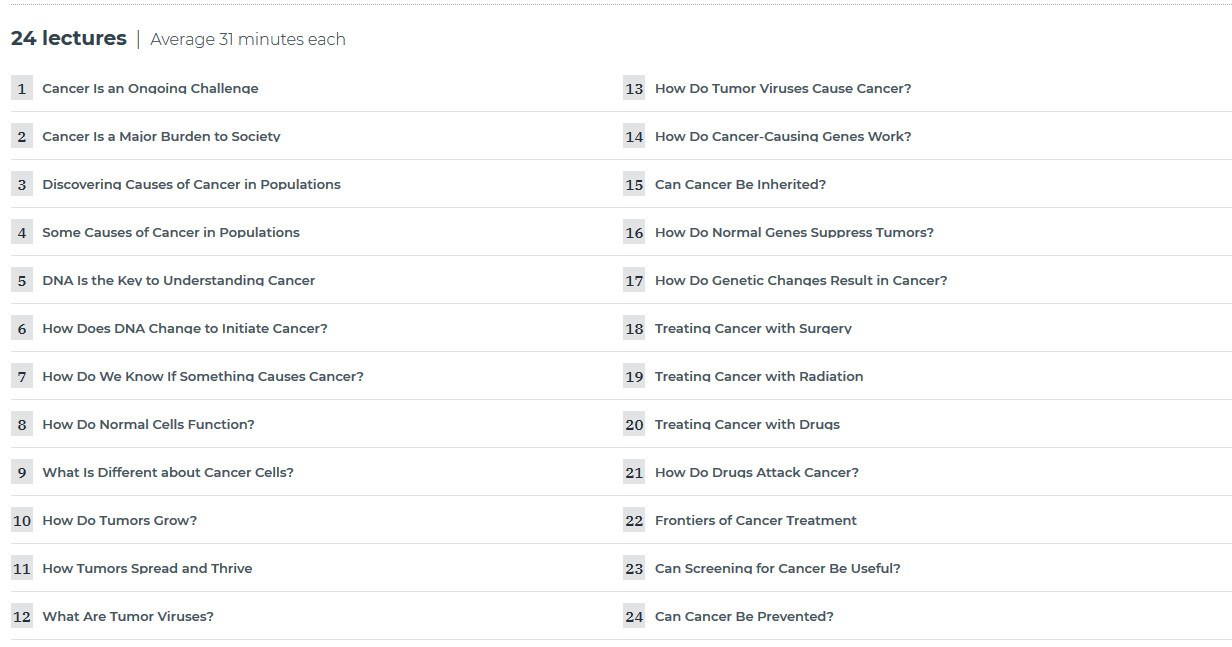 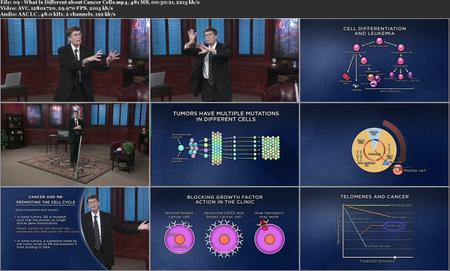 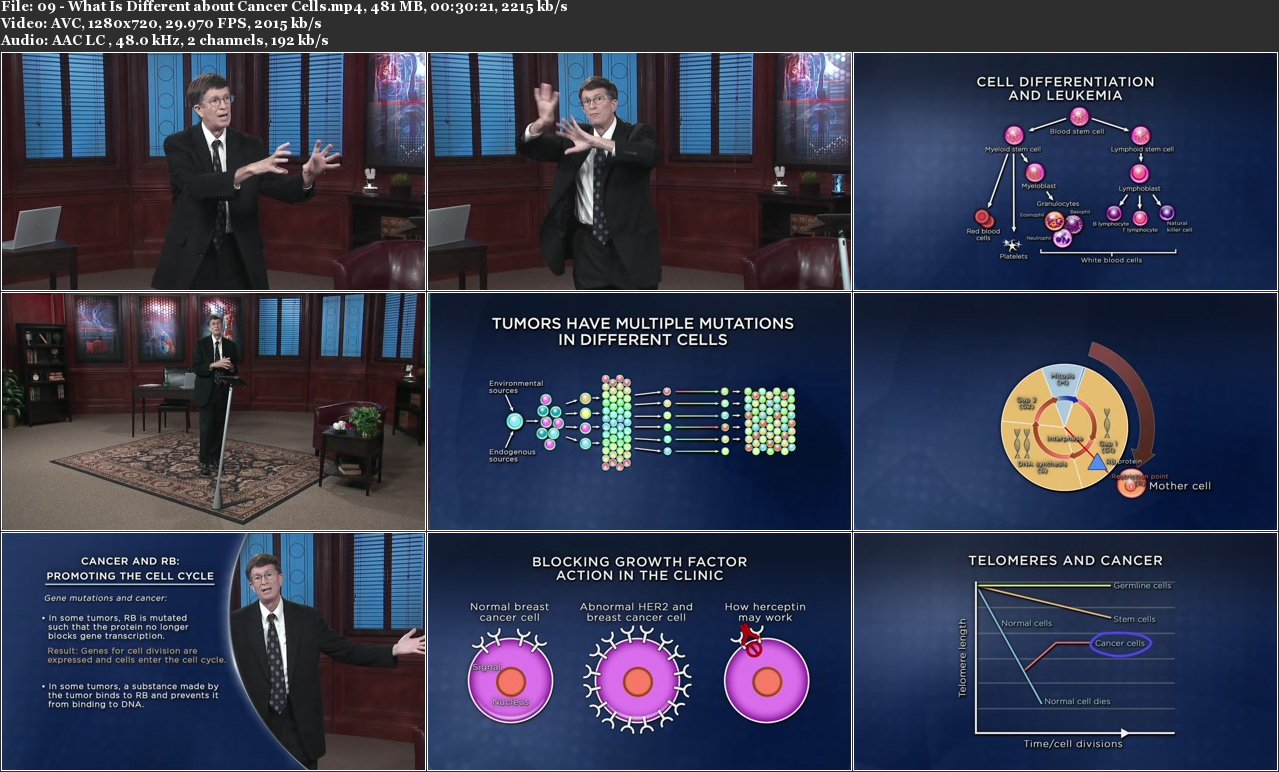