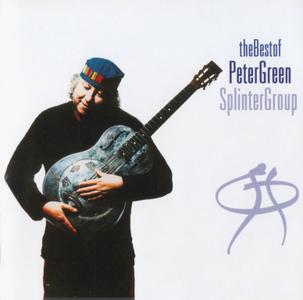 Peter Green is one of the best guitarists of his generation and after a period in the wilderness he re-emerged in 1997 to critical acclaim with the Splinter Group. The material Peter Green recorded with the Splinter Group on five albums for Snapper Music represents a true return to form for the ex-Fleetwood Mac guitarist, including the W.C. The 15 tracks on The Best Of The Peter Green Splinter Group, comprising the best material from the five Splinter Group albums, provide the perfect reintroduction to the man who has inspired a generation of guitarists and blues lovers alike. In addition to the 15 tracks highlighting the best of Peter Green's renaissance, the package includes a special bonus disc revisiting five classic tracks from Green's early career.