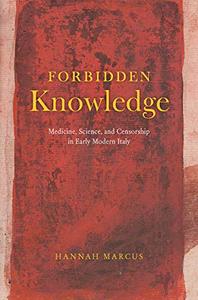 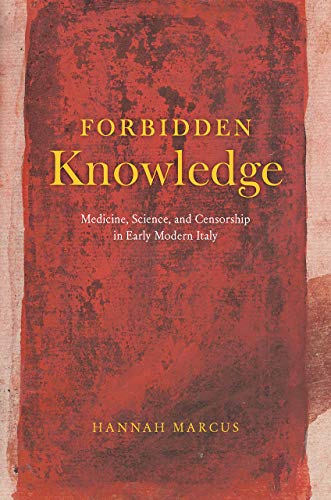 Forbidden Knowledge: Medicine, Science, and Censorship in Early Modern Italy by Hannah Marcus
September 25, 2020 | ISBN: 022673658X | English | 360 pages | PDF | 14.5 MB
Forbidden Knowledge explores the censorship of medical books from their proliferation in print through the prohibitions placed on them during the Counter-Reformation. How and why did books banned in Italy in the sixteenth century end up back on library shelves in the seventeenth? Historian Hannah Marcus uncovers how early modern physicians evaluated the utility of banned books and facilitated their continued circulation in conversation with Catholic authorities.

Through extensive archival research, Marcus highlights how talk of scientific utility, once thought to have begun during the Scientific Revolution, in fact began earlier, emerging from ecclesiastical censorship and the desire to continue to use banned medical books. What’s more, this censorship in medicine, which preceded the Copernican debate in astronomy by sixty years, has had a lasting impact on how we talk about new and controversial developments in scientific knowledge. Beautiful illustrations accompany this masterful, timely book about the interplay between efforts at intellectual control and the utility of knowledge.