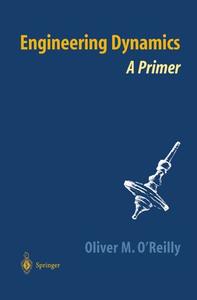 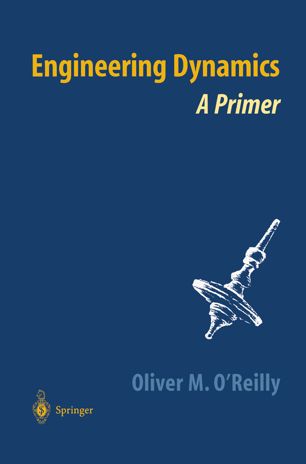 Scope, Aims, and Audiences This primer is intended to provide the theoretical background for the standard undergraduate course in dynamics. This course is usually based on one of the following texts: Bedford and Fowler [6], Beer and John­ ston [7], Hibbeler [33], Meriam and Kraige [39], Riley and Sturges [50], and Shames [56], among others. Although most teachers will have cer­ tain reservations about these texts, there appears to be a general consensus that the selection of problems each of them presents is an invaluable and essential aid for studying and understanding dynamics.
I myself use Meriam and Kraige [39] when teaching such a course, which is referred to as ME104 at the University of California at Berkeley. However, I have found that the gap between the theory presented in the aforemen­ tioned texts and the problems I wished my students to solve was too large. As a result, I prepared my own set of notes on the relevant theory, and I used Meriam and Kraige [39] as a problem and homework resource. This primer grew out of these notes. Its content was also heavily influenced by three other courses that I teach: one on rigid body dynamics, one on La­ 1 grangian mechanics, and another on Hamiltonian mechanics. Because I use the primer as a supplement, I have only included a set of brief exercises at the end of each chapter.
Without You And Your Support We Can’t Continue
Thanks For Buying Premium From My Links For Support