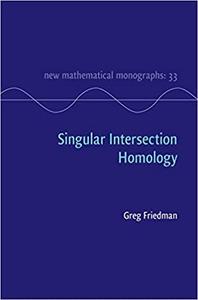 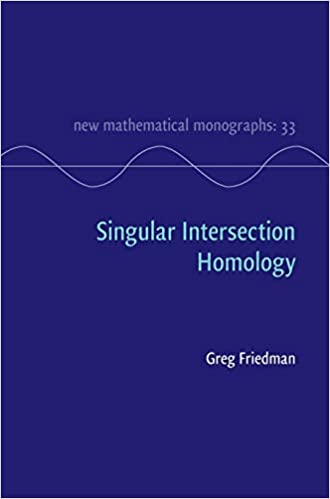 Greg Friedman, "Singular Intersection Homology (New Mathematical Monographs)"
English | ISBN: 1107150744 | 2020 | 869 pages | PDF | 4 MB
Intersection homology is a version of homology theory that extends Poincaré duality and its applications to stratified spaces, such as singular varieties. This is the first comprehensive expository book-length introduction to intersection homology from the viewpoint of singular and piecewise-linear chains. Recent breakthroughs have made this approach viable by providing intersection homology and cohomology versions of all the standard tools in the homology tool box, making the subject readily accessible to graduate students and researchers in topology as well as researchers from other fields. This text includes both new research material and new proofs of previously-known results in intersection homology, as well as treatments of many classical topics in algebraic and manifold topology. Written in a detailed but expository style, this book is suitable as an introduction to intersection homology or as a thorough reference.