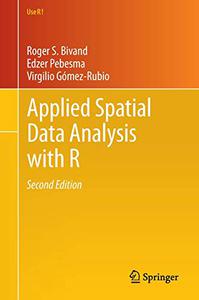 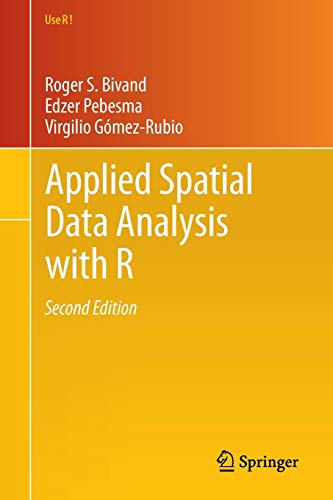 Applied Spatial Data Analysis with R by Roger S. Bivand
English | PDF | 2013 | 414 Pages | ISBN : 1461476178 | 10.2 MB
Applied Spatial Data Analysis with R, Second Edition, is divided into two basic parts, the first presenting R packages, functions, classes and methods for handling spatial data. This part is of interest to users who need to access and visualise spatial data. Data import and export for many file formats for spatial data are covered in detail, as is the interface between R and the open source GRASS GIS and the handling of spatio-temporal data.
The second part showcases more specialised kinds of spatial data analysis, including spatial point pattern analysis, interpolation and geostatistics, areal data analysis and disease mapping. The coverage of methods of spatial data analysis ranges from standard techniques to new developments, and the examples used are largely taken from the spatial statistics literature. All the examples can be run using R contributed packages available from the CRAN website, with code and additional data sets from the book's own website. Compared to the first edition, the second edition covers the more systematic approach towards handling spatial data in R, as well as a number of important and widely used CRAN packages that have appeared since the first edition.

This book will be of interest to researchers who intend to use R to handle, visualise, and analyse spatial data. It will also be of interest to spatial data analysts who do not use R, but who are interested in practical aspects of implementing software for spatial data analysis. It is a suitable companion book for introductory spatial statistics courses and for applied methods courses in a wide range of subjects using spatial data, including human and physical geography, geographical information science and geoinformatics, the environmental sciences, ecology, public health and disease control, economics, public administration and political science.