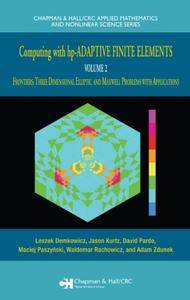 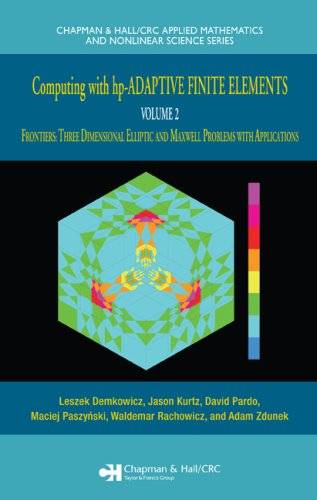 Leszek Demkowicz, Jason Kurtz, David Pardo, "Computing with Hp-Adaptive Finite Elements, Volume 2: Frontiers: Three Dimensional Elliptic and Maxwell Problems with Applications"
2007 | pages: 446 | ISBN: 1584886722 | DJVU | 4,5 mb
With a focus on 1D and 2D problems, the first volume of Computing with hp-ADAPTIVE FINITE ELEMENTS prepared readers for the concepts and logic governing 3D code and implementation. Taking the next step in hp technology, Volume II Frontiers: Three-Dimensional Elliptic and Maxwell Problems with Applications presents the theoretical foundations of the 3D hp algorithm and provides numerical results using the 3Dhp code developed by the authors and their colleagues.
The first part of the book focuses on fundamentals of the 3D theory of hp methods as well as issues that arise when the code is implemented. After a review of boundary-value problems, the book examines exact hp sequences, projection-based interpolation, and De Rham diagrams. It also presents the 3D version of the automatic hp-adaptivity package, a two-grid solver for highly anisotropic hp meshes and goal-oriented Krylov iterations, and a parallel implementation of the 3D code.
The second part explores several recent projects in which the 3Dhp code was used and illustrates how these applications have greatly driven the development of 3D hp technology. It encompasses acoustic and electromagnetic (EM) scattering problems, an analysis of complex structures with thin-walled components, and challenging simulations of logging tools. The book concludes with a look at the future of hp methods.
Spearheaded by a key developer of this technology with more than 20 years of research in the field, this self-contained, comprehensive resource will help readers overcome the difficulties in coding hp-adaptive elements.