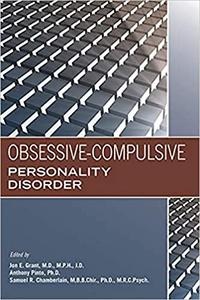 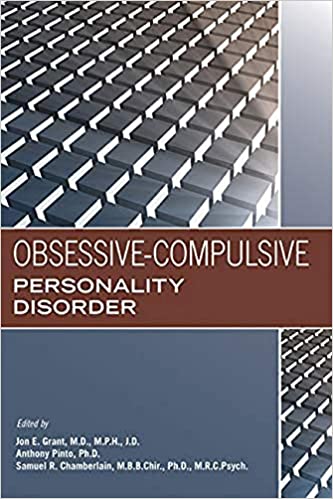 Ed. Grant, Jon E., "Obsessive-Compulsive Personality Disorder"
English | ISBN: 1615372245 | 2019 | 275 pages | EPUB, PDF | 2 MB + 2 MB
Obsessive-Compulsive Personality Disorder is the only book of its kind: a comprehensive, authoritative work designed to be invaluable to clinicians, researchers, and people struggling with obsessive-compulsive personality disorder (OCPD) and those who care about them. Unlike existing texts, which focus on only one or a few aspects of OCPD, this book offers a systematic exploration, with chapters on every facet of the disorder from leading experts on scientific techniques, including brain imaging, cognitive testing, and biological markers. OCPD and obsessive-compulsive disorder differ in symptoms and core components but may have a similar presentation, making differential diagnosis challenging. In addition, OCPD may overlap in some particulars or co-occur with other disorders, including hoarding disorder, eating disorders, and impulse control and addictive disorders. Accordingly, the authors offer detailed information to help the reader disentangle and identify these syndromes so that the proper treatment intervention can be initiated. In addition to thorough coverage of OCPD in its pathological form, the book also addresses how OCPD can be adaptive and even useful in some contexts. Each chapter features case examples that make it easy for the reader whether clinician or layperson to understand and contextualize the information, rendering Obsessive-Compulsive Personality Disorder a uniquely useful addition to the psychiatric literature.