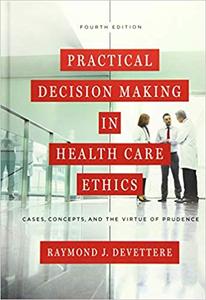 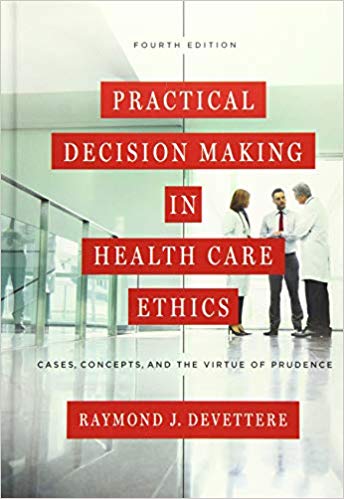 Raymond J. Devettere, "Practical Decision Making in Health Care Ethics: Cases, Concepts, and the Virtue of Prudence"
English | ISBN: 1626162778 | 2016 | 680 pages | PDF | 5 MB
For more than twenty years Practical Decision Making in Health Care Ethics has offered scholars and students a highly accessible and teachable alternative to the dominant principle-based theories in the field. Raymond J. Devettere's approach is not based on an ethics of abstract obligations and duties but, following Aristotle, on how to live a fulfilled and happy life ― in short, an ethics of personal well-being grounded in prudence, the virtue of ethical decision making.

New sections added in this revised fourth edition include sequencing whole genomes, even those of newborns; the new developments in genetic testing now provided by online commercial companies such as 23andMe; the genetic testing of fetuses by capturing their DNA circulating in the pregnant woman's blood; the Stanford Prison experiment and its relevance to the abuses at the Abu Graib prison; recent breakthroughs in the diagnosis of consciousness disorders such as PVS; the ongoing controversy generated by the NIH study of premature babies at many NICUs throughout the county, a study known as SUPPORT that the OHRP (Office of Human Research Protections, an office within the department of HHS) deemed unethical.

Devettere updates most chapters. New cases include Marlise Munoz (dead pregnant woman's body kept on life support by a Texas hospital), Jahi McMath (teenager pronounced dead in California but treated as alive in New Jersey), Margot Bentley (nursing home feeding a woman dying of end stage Alzheimer's despite her advance directive that said no nourishment or liquids if she was dying with dementia), Brittany Maynard (dying 29-year-old California woman who moved to Oregon to commit suicide with a physician's help), and Samantha Burton (woman with two children who suffered rupture of membranes at 25 weeks and whose physician obtained a court order to keep her at the hospital to make sure she stayed on bed rest).

Thoughtfully updated and renewed for a new generation of readers, this classic textbook will be required reading for students and scholars of philosophy and medical ethics.