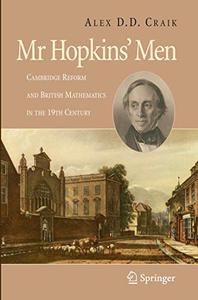 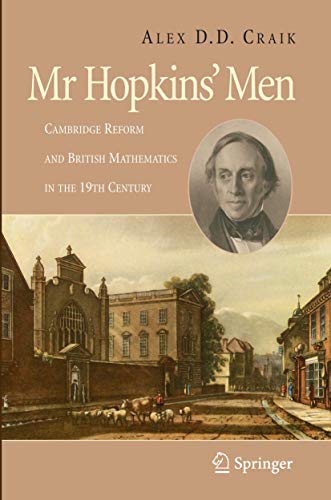 A few years ago, in the Wren Library of Trinity College, Cambridge, I came across a remarkable but then little-known album of pencil and watercolour portraits. The artist of most (perhaps all) was Thomas Charles Wageman. Created during 1829–1852, these portraits are of pupils of the famous mat- matical tutor William Hopkins.
Though I knew much about several of the subjects, the names of others were then unknown to me. I was prompted to discover more about them all, and gradually this interest evolved into the present book. The project has expanded naturally to describe the Cambridge educational milieu of the time, the work of William Hopkins, and the later achievements of his pupils and their contemporaries. As I have taught applied mathematics in a British university for forty years, during a time of rapid change, the struggles to implement and to resist reform in mid-nineteenth-century Cambridge struck a chord of recognition. So, too, did debates about academic standards of honours degrees. And my own experiences, as a graduate of a Scottish university who proceeded to C- bridge for postgraduate work, gave me a particular interest in those Scots and Irish students who did much the same more than a hundred years earlier. As a mathematician, I sometimes felt frustrated at having to suppress virtually all of the ? ne mathematics associated with this period: but to have included such technical material would have made this a very different book.