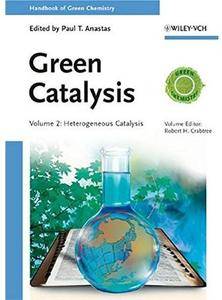 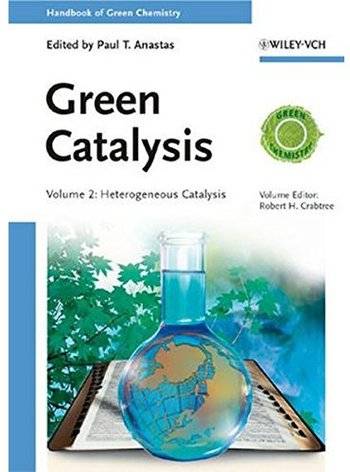 The shift towards being as environmentally-friendly as possible has resulted in the need for this important volume on heterogeneous catalysis. Edited by the father and pioneer of Green Chemistry, Professor Paul Anastas, and by the renowned chemist, Professor Robert Crabtree, this volume covers many different aspects, from industrial applications to the latest research straight from the laboratory. It explains the fundamentals and makes use of everyday examples to elucidate this vitally important field. An essential collection for anyone wishing to gain an understanding of the world of green chemistry, as well as for chemists, environmental agencies and chemical engineers. The Handbook of Green Chemistry comprises of 9 volumes in total, split into 3 subject-specific sets. The three sets are available individually. All 9 volumes are available individually, too. Set I: Green Catalysis    - Volume 1: Homogeneous Catalysis    - Volume 2: Heterogeneous Catalysis    - Volume 3: Biocatalysis Set II: Green Solvents   - Volume 4: Supercritical Solvents   - Volume 5: Reactions in Water   - Volume 6: Ionic Liquids Set III: Green Processes   - Volume 7: Green Synthesis   - Volume 8: Green Nanoscience   - Volume 9: Designing Safer Chemicals The Handbook of Green Chemistry is also available as Online Edition. Podcasts Listen to two podcasts in which Professor Paul Anastas and Journals Editor Paul Trevorrow discuss the origin and expansion of Green Chemistry and give an overview of The Handbook of Green Chemistry.