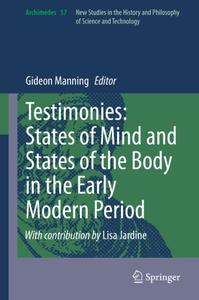 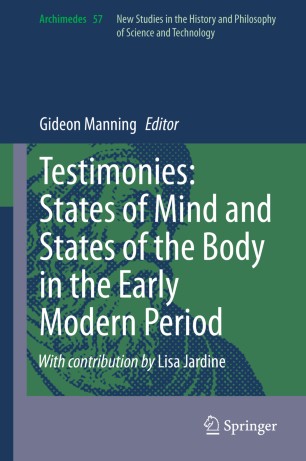 This book reconnects health and thought, as the two were treated together in the seventeenth century, and by reuniting them, it adds a significant dimension to our historical understanding. Indeed, there is hardly a single early modern figure who took a serious interest in one but not the other, with their attitudes toward body-mind interaction often revealed in acts of self-diagnosis and experimentation.
The essays collected here specifically reveal the way experiment and especially self-experiment, combined with careful attention to the states of mind which accompany states of body, provide a new means of assessing attitudes to body-mind interactions just as they show the abiding interest and relevance of source material typically ignored by historians of science and historians of philosophy. In the surviving records of such experimenting on one’s own body, we can observe leading figures like Francis Bacon, Robert Boyle and Robert Hooke, deliberately setting out to repeat pleasurable, or intellectually productive moods and states of mind, by applying the same medicine on successive occasions. In this way we can witness theories of the working of the human mind being developed by key members of an urban culture (London; interregnum Oxford) who based those theories in part on their own regular, long-term use of self-administered, mind-altering substances. It is hardly an overstatement to claim that there was a significant drug culture in the early modern period linked to self-experimentation, new medicines, and the new science. This is one of the many things this volume has to teach us.
i will be very grateful when you support me and buy Or Renew Your Premium from my Blog links
i appreciate your support Too much as it will help me to post more and more