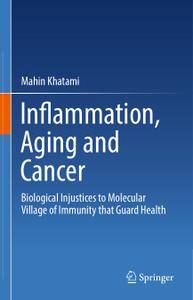 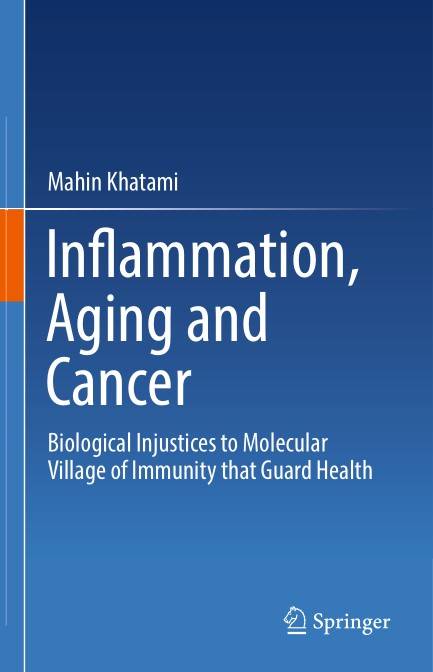 This book was prepared as extension of author’s accidental discoveries on experimental models of acute and chronic ocular inflammatory diseases that were established at the University of Pennsylvania in 1980’s. Analyses of original data suggest a series of first evidence for direct link between inflammation and developmental phases of immune dysfunction in multistep tumorigenesis and angiogenesis.
The only evidence presented on initial events for interactions and synergies between activated host and recruiting cells toward tumorigenesis.
Effective immunity was defined as balance between two highly regulated and biologically opposing arms, Yin and Yang of acute inflammation, an amazingly precise signal communications between immune and non-immune systems requiring differential bioenergetics. Unresolved inflammation is a common denominator mapping aging process and induction of ‘mild’, ‘moderate’ or ‘severe’ immune disorders including cancers.
Our knowledge of the fascinating biology of immunity in health or chronic diseases is fragmentary, chaotic and confusing, particularly for cancer science. Lack of progress in curing majority of chronic diseases or cancer is primarily due to the fact that scientists work on isolated molecules/cells or topics that are funded and promoted by decision makers in medical/cancer establishment. Despite existence of over 25 million articles on cancer-related topics, cancer biology and cure remain mysteries to be solved. After a century of cancer research, the failure rates of therapies for solid tumors are 90% (+/-5). Current reductionist views on cancer science are irresponsible, shut-gun approaches and create chaos. Outcomes are loss of millions of precious lives and economic drain to society. Very little is known about initial events that disturb effective immunity whose function is to monitor and arrest growth of cancerous cells or defend against other external or internal hazardous agents that threaten body’s survival.

The author demonstrates the serious need for systematic understanding of how immune disruptors and aging process would alter effective immunity. Outcomes of proposed orderly studies are expected to provide logical foundations for cost-effective strategies to promote immunity toward a healthier society. The policy makers and medical/cancer establishment are urged to return to the common sense that our Forefathers used to serve the public.
Kindly Support AvaxGenius And Buy Premium From My Links To Continue Post More Amazing Posts Thanks All