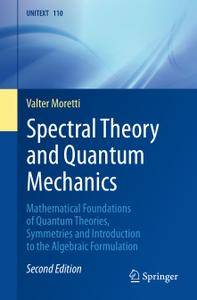 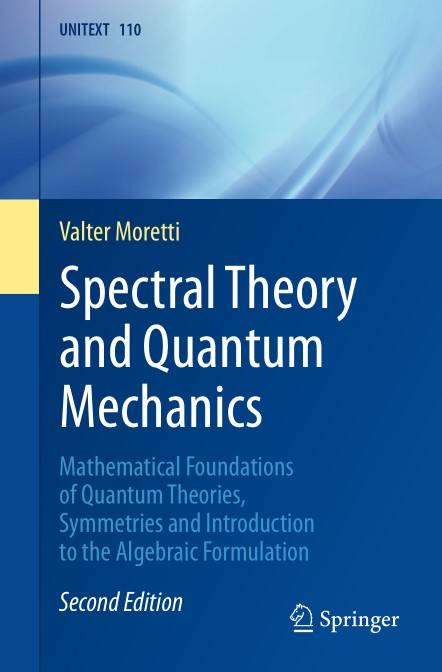 Spectral Theory and Quantum Mechanics: Mathematical Foundations of Quantum Theories, Symmetries and Introduction to the Algebraic Formulation by Valter Moretti
English | PDF,EPUB | 2017 | 962 Pages | ISBN : 3319707051 | 33.8 MB
This book discusses the mathematical foundations of quantum theories. It offers an introductory text on linear functional analysis with a focus on Hilbert spaces, highlighting the spectral theory features that are relevant in physics. After exploring physical phenomenology, it then turns its attention to the formal and logical aspects of the theory.
Further, this Second Edition collects in one volume a number of useful rigorous results on the mathematical structure of quantum mechanics focusing in particular on von Neumann algebras, Superselection rules, the various notions of Quantum Symmetry and Symmetry Groups, and including a number of fundamental results on the algebraic formulation of quantum theories.

Intended for Master's and PhD students, both in physics and mathematics, the material is designed to be self-contained: it includes a summary of point-set topology and abstract measure theory, together with an appendix on differential geometry. The book also benefits established researchers by organizing and presenting the profusion of advanced material disseminated in the literature. Most chapters are accompanied by exercises, many of which are solved explicitly."
Kindly Support AvaxGenius And Buy Premium From My Links To Continue Produce More Amazing Posts Thanks All