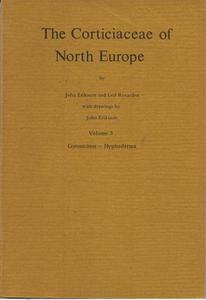 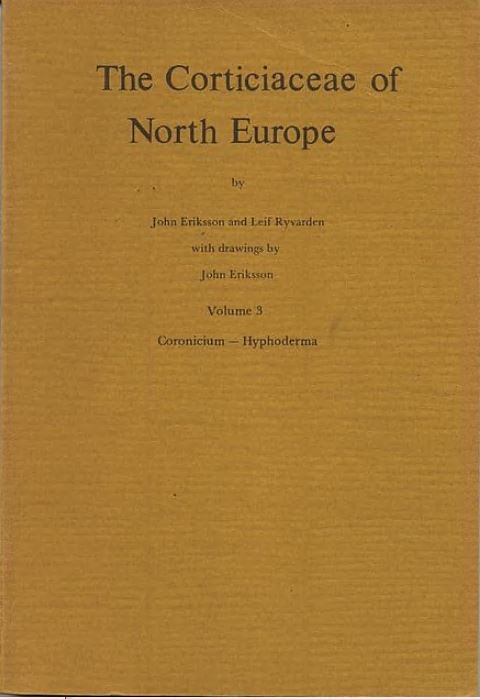 John Eriksson, Kurt Hjortstam, Leif Ryvarden, Karl-Henrik Larsson, "The Corticiaceae of North Europe - Coronicium - Hyphoderma, Vol. 3"
English | 1975 | ASIN: N/A | 267 pages | PDF (scan) | 66.5 MB
This review covers three volumes of a six-volume set that will be completed in 1978. Volume I, which will be published last, will include keys to the genera of the preceding volumes. The geographical area covered in the series includes mainly Denmark, Finland, Norway, and Sweden, which the authors designate "North Europe." There are, however, species included [e.g., Aleurodiscus cerussatus (Bres.) von Hoehn. et Litsch.] which apparently do not occur in these areas. These volumes represent an attempt to treat with keys, descriptions, and illustrations all species of the Corticiaceae of the area. However, the scope is not, as the title indicates, limited to the Corticiaceae. A number of species in genera placed in the Stereaceae (e.g., Columnocystis, Chondrostereum) or Echinodontiaceae (e.g., Laurila) are also treated. To date, 221 species (some only numbered) are described with 32 new combinations, 12 new species, six new genera, and one variety proposed.
The genera are discussed alphabetically. Each is thoroughly described and, frequently, commentary is provided on related genera, relationships among species, importance of certain characters for the genus, and additional salient facts. In each genus a key to the species is provided. Then the descriptions of the species are given alphabetically. Basionyms plus the place of publication are given. For some species common synonyms and their publication data are listed.
Following a comprehensive description, the authors offer comments on differing species concepts, related species, and ecology and distribution of the species. Drawings illustrating anatomical features are included for each species. For some species (e.g. Athelia epiphylla and Hyphoderma praetermissum) the line drawings are profuse.
An innovation for taxonomic treatments of the fungi is the use of scanning electron micrographs that illustrate structures of some of the species. Although the micrographs are an interesting addition, most of them are not particularly useful to the basic context. For me and others they will be of little value as an aid to identify fungi.
The descriptions for the most part are complete; the format is consistent; thus, easily useable.
The English text, although with awkward phraseology and some misspellings (could any of us do as well with a foreign language) is no impediment to the use of the text.
For me, there are only two important negative aspects to these volumes: (1) Keys are not provided for the genera treated in each volume, and (2) there is no index for individual volumes. These will be provided in volumes I and VI, respectively. In the meantime (almost 4 years for volume II) species cannot be keyed to a genus and a particular species cannot be found unless the user knows where Eriksson places the species. If, however, Eriksson has changed his thinking recently, a species is still not retrievable (e.g., few would look for Poria terrestris under Byssocorticium). The lack of a key and an index are major drawbacks in the use of this otherwise excellent work.
When this work is completed, however, it will undoubtedly take its place as a classic with Bourdot and Galzin's Hymenomycetes de France and Burt's Thelephoraceae of North America. It is an excellent piece of work which will eventually have great utility for identifying North American resupinates as well as those of North Europe. It is recommended when completed to all who work with the corticiaceous fungi either in teaching or in research.–Hᴀʀᴏʟᴅ H. Bᴜʀsᴅᴀʟʟ, Jʀ., Center for Forest Mycology Research, Madison, Wisconsin.