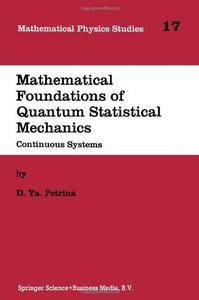 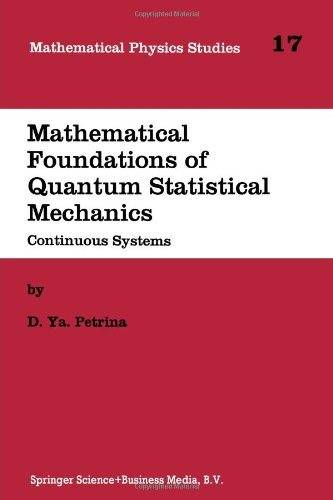 This monograph is devoted to quantum statistical mechanics. It can be regarded as a continuation of the book "Mathematical Foundations of Classical Statistical Mechanics.Continuous Systems" (Gordon & Breach SP, 1989) written together with my colleagues V. I. Gerasimenko and P. V. Malyshev. Taken together, these books give a complete pre­ sentation of the statistical mechanics of continuous systems, both quantum and classical, from the common point of view. Both books have similar contents. They deal with the investigation of states of in­ finite systems, which are described by infinite sequences of statistical operators (reduced density matrices) or Green's functions in the quantum case and by infinite sequences of distribution functions in the classical case. The equations of state and their solutions are the main object of investigation in these books. For infinite systems, the solutions of the equations of state are constructed by using the thermodynamic limit procedure, accord­ ing to which we first find a solution for a system of finitely many particles and then let the number of particles and the volume of a region tend to infinity keeping the density of particles constant. However, the style of presentation in these books is quite different.
Publication archive