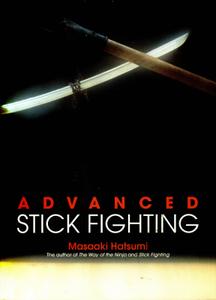 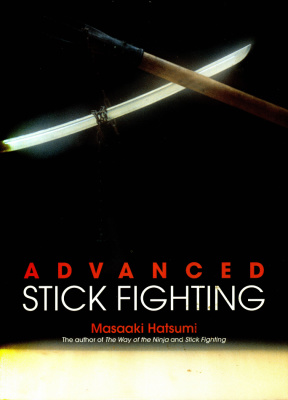 Masaaki Hatsumi - Advanced Stick Fighting
Kodansha international | 2005 | ISBN: 4770029969 | English | 209 pages | PDF | 163 MB
This book is the definitive work on Ninjutsu use of staff and sticks in combat by soke M. Hatsumi, a world famous grand master of Bushido, the way of the warrior, is deeply bound to the rich history of the martial traditions of Japan, which have drawn generations of devotees, as well as awe and respect worldwide. Of all the martial arts, bo-jutsu, or stick fighting, is one of the least understood and most intriguing, having been largely hidden for centuries. In Advanced Stick Fighting, Masaaki Hatsumi, the most renowned Budo and Ninjutsu grand master in the world, and author of Stick Fighting and The Way of the Ninja, reveals some of the secrets surrounding this revered fighting art. Hatsumi offers the reader thoughtful reflections on bushido, its venerable history, and its role in today's world. He also discusses the origins of bo-jutsu, which he sees as inexorably linked to the evolution of humankind; it is both universal and timeless. While the highly acclaimed and long-selling Stick Fighting dealt mainly with self-defense using short sticks, this book reveals to the reader a number of advanced techniques using medium and long sticks that were originally used by samurai swordsmen and military commanders. Lavish illustrations accompany the explanations and help further demonstrate the graceful, mysterious movements of stick fighting. The original Japanese text is also included in the appendix. This book will be an important addition to the libraries of readers who are seriously interested in pursuing the more advanced applications of stick fighting. It will also deepen readers' understanding of bushido in general, and bring them closer to Hatsumi's personal philosophy-that only through complete devotion to the martial arts as a way of life can self-enlightenment be attained, and that the wisdom gained through this can promote a true and lasting world of peace
Hatsumi was born in Noda, Chiba on December 2, 1931. He heavily participated in sports during his school years, along with martial arts and theater, including becoming "captain of the football team". While attending the Meiji University, he continued learning judo and eventually rose to Yudansha or Dan rank. He also began teaching Judo during his time at the university to American soldiers at the nearby Yokota Air Base. After graduating, Hatsumi began to search for a teacher to further his study of martial arts. He began his Kobudo training under Ueno Chosui. When he was 26 he met Ueno's teacher, Toshitsugu Takamatsu, known as "the Tiger of Mongolia". Hatsumi was accepted as Takamatsu's student and spent fifteen years on Honshu Island learning various ninjutsu styles from Takamatsu and other members of the Takamatsu family, also he continued to learn judo, Shito Ryu karate, aikido, and kobudo.
Takamatsu died in Nara, Japan in 1972 after advancing Hatsumi from student to Soke and bestowing on him "all the art of the nine schools", and of course the grandmaster's scrolls, three of which he indicated were ancient ninja schools and six samurai jujutsu schools of martial arts. Hatsumi went on to found the Bujinkan Dojo in Noda, Japan to teach the nine schools to other students. His first trip to the United States was in 1982 and he has since continued to participate in yearly ninjutsu Tai Kai (gathering) around the world.
Hatsumi also worked as a Seikotsu-in (整骨院) bonesetter after his graduation and was chairman of the Writers Guild of Japan at one point in time. He was the writer of a martial arts magazine Tetsuzan, which was "distributed in 18 countries."