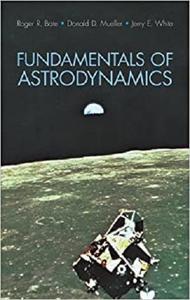 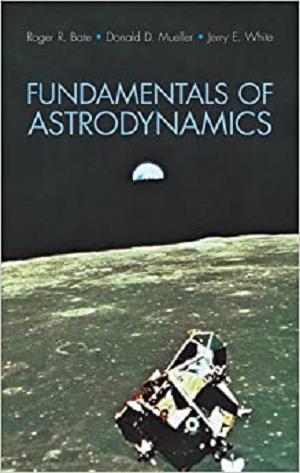 Fundamentals of Astrodynamics (Dover Books on Aeronautical Engineering) by Roger R. Bate
English | June 1, 1971 | ISBN: 0486600610 | 470 pages | PDF | 13 Mb
When the United States Air Force Academy began teaching astrodynamics to undergraduates majoring in astronautics or aerospace engineering, it found that the traditional approach to the subject was well over 100 years old. An entirely new text had to be evolved, geared to the use of high speed digital computers and actual current practice in the industry. Over the years the new approach was proven in the classrooms of the Academy; its students entering graduate engineering schools were found to possess a better understanding of astrodynamics than others. So pressing is the need for superior training in the aerospace sciences that the professor-authors of this text decided to publish it for other institutions' use. This Dover edition is the result.The text is structured for teaching. Central emphasis is on use of the universal variable formulation, although classical methods are discussed. Several original unpublished derivations are included. A foundation for all that follows is the development of the basic two-body and n-body equations of motion; orbit determination is then treated, and the classical orbital elements, coordinate transformations, and differential correction. Orbital transfer maneuvers are developed, followed by time-of-flight with emphasis on the universal variable solution. The Kepler and Gauss problems are treated in detail. Two-body mechanics are applied to the ballistic missile problem, including launch error analysis and targeting on a rotating earth. Some further specialized applications are made to lunar and interplanetary flight, followed by an introduction to perturbation, special perturbations, integration schemes and errors, and analytic formulation of several common perturbations.Example problems are used frequently, while exercises at the end of each chapter include derivations and quantitative and qualitative problems. The authors suggest how to use the text for a first course in astrodynamics or for a two-course sequence.This major instructional tool effectively communicates the subject to engineering students in a manner found in no other textbook. Its efficiency has been thoroughly demonstrated. Dover feels privileged in joining with the authors to make its concepts and text matter available to other faculties.