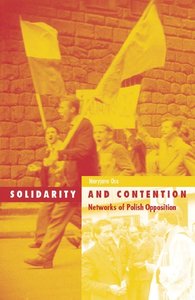 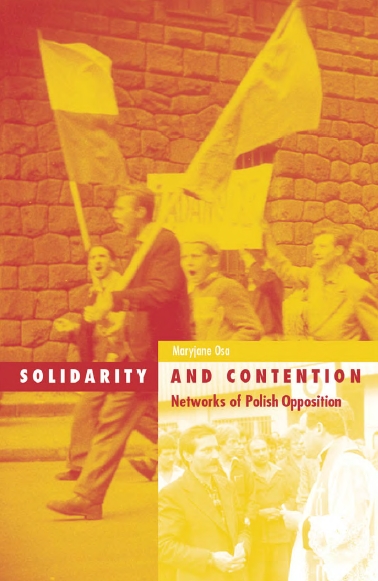 Maryjane Osa - Solidarity and Contention: Networks of Polish Opposition
University of Minnesota Press | 2003 | ISBN: 081663873X | Pages: 296 | PDF | 1.82 MB
After a series of failed attempts at mobilizing society, Poland's opposition sprang to surprising-and newly effective-life with the formation of the Solidarity trade union in 1980. If not for those past failures, this book suggests, Solidarity might never have succeeded. Solidarity and Contention deftly reconstructs the networks of protest in Communist Poland to show how waves of dissent during the 1950s, 1960s, and 1970s left an organizational residue that both instructed and enabled Solidarity and, ultimately, the Polish revolution.

Using newly available documentary sources, Maryjane Osa establishes links between activists during three waves of protest: 1954 to 1959, 1966 to 1970, and 1976 to 1980. She shows how political challengers, applying lessons drawn from past failures, developed an ideological formula to de-emphasize divisive issues and promote symbolic concerns, thus facilitating coalition building. Solidarity was therefore able to take advantage of a large opposition network already well in place before the founding of the union. An important case study in itself, the book also answers one of the most intriguing questions in social movement research: how can movements emerge in authoritarian states-where media are state controlled, the rights of assembly and speech are restricted, and the risks of collective action are high?