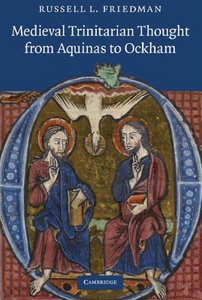 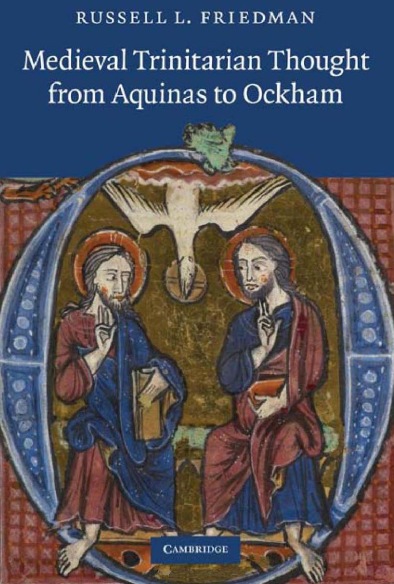 "Medieval Trinitarian Thought from Aquinas to Ockham" by Russell L. Friedman
Cambridge University Press | 2010 | ISBN: 00511669208 9780511669200 | 207 pages | PDF | 5 MB
This book uncovers a key phase in the history of Trinitarian doctrine, from ca. 1250 to 1350. It discusses a number of thinkers whose works have remained largely unknown outside of a small group of specialists, and in doing so dispels the view that there was no significant Trinitarian development after Bonaventure, Aquinas and Duns Scotus. This book is a marvellous achievement, and essential reading for anybody who has an interest in Trinitarian theology.

How can the Father, the Son, and the Holy Spirit be distinct and yet identical? Prompted by the doctrine of the divine Trinity, this question sparked centuries of lively debate.

In the current context of renewed interest in Trinitarian theology, Russell L. Friedman provides the first survey of the scholastic discussion of the Trinity in the 100-year period stretching from Thomas Aquinas' earliest works to William Ockham's death.

Tracing two central issues - the attempt to explain how the three persons are distinct from each other but identical as God, and the application to the Trinity of a 'psychological model', on which the Son is a mental word or concept, and the Holy Spirit is love - this volume offers a broad overview of Trinitarian thought in the thirteenth and fourteenth centuries, along with focused studies of the Trinitarian ideas of many of the period's most important theologians.

• Combines a broad overview of the Trinitarian thought with more focused study of several key players in the debate
• Contains an ‘Annotated bibliography’ that points the reader to further secondary literature
• Will appeal to scholars and students in related fields, such as philosophy, literature and intellectual history

Acknowledgments page
List of symbols, abbreviations, and conventions
Introduction
1. The Trinity and the Aristotelian categories: different ways of explaining identity and distinction
Background, and the relation account
The emanation account and the foundations of the trinitarian traditions
Emerging trinitarian traditions in the late thirteenth century: the case of John Pecham
Henry of Ghent and the rejection of the relation account
2. The Trinity and human psychology: “In the beginning was the Word”
The psychological model of the Trinity and its proper interpretation
Concept theory and trinitarian theology
3. The Trinity and metaphysics: the formal distinction, divine simplicity, and the psychological model
The divine attributes, the search for simplicity, and the possibility of trinitarian explanation
Peter Auriol
Francis of Marchia
William Ockham
4. The Trinity, divine simplicity, and fideism – or: was Gilson right about the fourteenth century after all?
Fideism, Praepositinianism, and the debate over personal constitution
Walter Chatton
Robert Holcot
Gregory of Rimini
Appendix: major elements in Franciscan and Dominican trinitarian theologies
Bibliography of primary sources
Annotated bibliography of selected secondary literature
Index