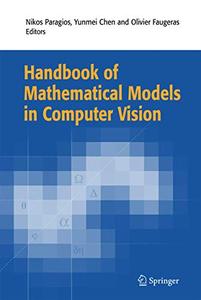 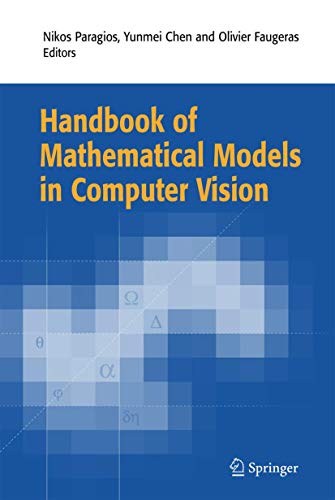 Handbook of Mathematical Models in Computer Vision By Nikos Paragios, Yunmei Chen, Olivier Faugeras
English | PDF | 2006 | 612 Pages | ISBN : 0387263713 | 316.8 MB
Visual perception refers to the ability of understanding the visual information that is provided by the environment. Such a mechanism integrates several human abilities and was studied by many researchers with different scientific origins including philosophy, physiology, biology, neurobiology, mathematics and engineering.
In particular in the recent years an effort to understand, formalize and finally reproduce mechanical visual perception systems able to see and understand the environment using computational theories was made by mathematicians, statisticians and engineers. Such a task connects visual tasks with optimization processes and the answer to the visual perception task corresponds to the lowest potential of a task-driven objective function. In this edited volume we present the most prominent mathematical models that are considered in computational vision. To this end, tasks of increasing complexity are considered and we present the state-of-the-art methods to cope with such tasks. The volume consists of six thematic areas that provide answers to the most dominant questions of computational vision:
Image reconstruction,
Segmentation and object extraction,
Shape modeling and registration,
Motion analysis and tracking,
3D from images, geometry and reconstruction
Applications in medical image analysis