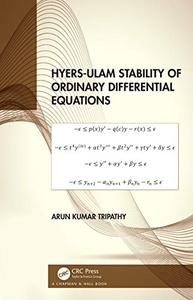 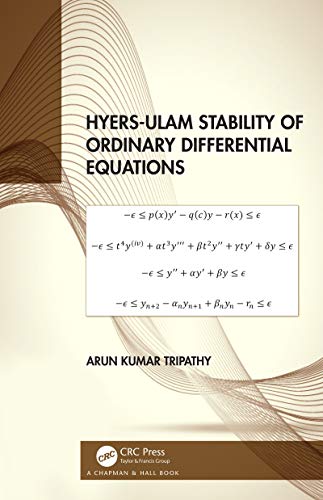 English | 2021 | ISBN: 9780367636678, 0367636670 | 228 pages | True PDF | 7.59 MB
Hyers-Ulam Stability of Ordinary Differential Equations undertakes an interdisciplinary, integrative overview of a kind of stability problem unlike the existing so called stability problem for Differential equations and Difference Equations. In 1940, S. M. Ulam posed the problem: When can we assert that approximate solution of a functional equation can be approximated by a solution of the corresponding equation before the audience at the University of Wisconsin which was first answered by D. H. Hyers on Banach space in 1941. Thereafter, T. Aoki, D. H. Bourgin and Th. M. Rassias improved the result of Hyers. After that many researchers have extended the Ulam's stability problems to other functional equations and generalized Hyer's result in various directions. Last three decades, this topic is very well known as Hyers-Ulam Stability or sometimes it is referred Hyers-Ulam-Rassias Stability. This book synthesizes interdisciplinary theory, definitions and examples of Ordinary Differential and Difference Equations dealing with stability problems.

The purpose of this book is to display the new kind of stability problem to global audience and accessible to a broader interdisciplinary readership for e.g those are working in Mathematical Biology Modeling, bending beam problems of mechanical engineering also, some kind of models in population dynamics. This book may be a starting point for those associated in such research and covers the methods needed to explore the analysis.

The state-of-art is pure analysis with background functional analysis.

A rich, unique synthesis of interdisciplinary findings and insights on resources.

As we understand that the real world problem is heavily involved with Differential and Difference equations, the cited problems of this book may be useful in a greater sense as long as application point of view of this Hyers-Ulam Stability theory is concerned.

Information presented in an accessible way for students, researchers, scientists and engineers.