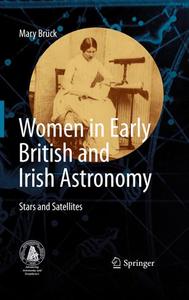 Women in Early British and Irish Astronomy: Stars and Satellites by Mary Brück
English | EPUB | 2009 | 281 Pages | ISBN : 9048124727 | 3.7 MB
Careers in astronomy for women (as in other sciences) were a rarity in Britain and Ireland until well into the twentieth century. The book investigates the place of women in astronomy before that era, recounted in the form of biographies of about 25 women born between 1650 and 1900 who in varying capacities contributed to its progress during the eighteenth, nineteenth and early twentieth centuries.
Science Astronomy Physics Cosmology Irish Astronomy British Astronomy Stars Satellites
Details
Publication archive