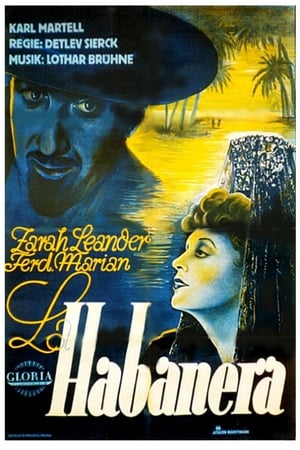 La Habanera (1937)
Astrée and her aunt from Sweden are vacationing in Puerto Rico. Astrée is enchanted by the local habanera musicas well as by Don Pedro de Avila, a rich and powerful landowner. Upon embarkation, she spontaneously decides to stay; she runs down the gangway, finds him waiting for her, and soon is married. Ten years later - it is now 1937 - Astrée finds herself trapped in an unhappy marriage. Her paradise has turned to hell; only her son, Juan, is the reason for her to stay. Meanwhile in Stockholm, Dr. Sven Nagel, a former lover of Astrée, and his associate, Dr. Gomez, bid farewell. They are departing for Puerto Rico to investigate the mysterious and deadly Puerto Rico fever. On the island, their arrival is met with dismay by Don Pedro and his business associates as they fear the focus on the Puerto Rico fever will depress their business; so they plan to deny its existence.
Drama