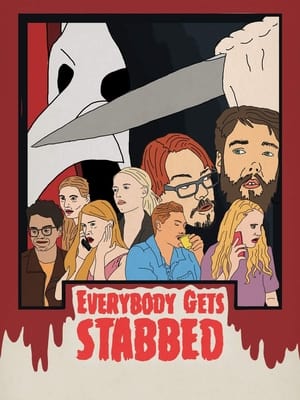 Everybody Gets Stabbed (2020)
Clive likes Lauren. Lauren has no idea. Desmond is in love with Clive. Clive has no idea. Lauren and her boyfriend Tom love each other very much. Clive doesn't like Tom, because Clive was the one who put in all the friend coins and wasn't rewarded with sex and a relationship. So with Desmond's help Clive decides to start killing all of their friends and blame it on Tom, and then something something something Lauren will realise she really loves Clive. And maybe if they hang out together Clive will fall in love with Desmond. It's not the greatest of plans. And they're not the greatest of murderers. But they're going to give it a red hot go, because to do anything otherwise would make them cucks.
Comedy Horror