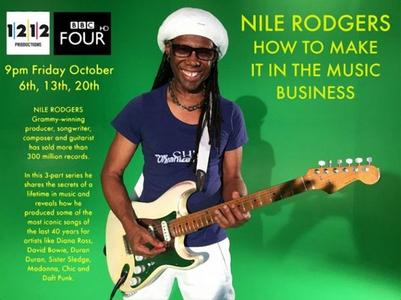 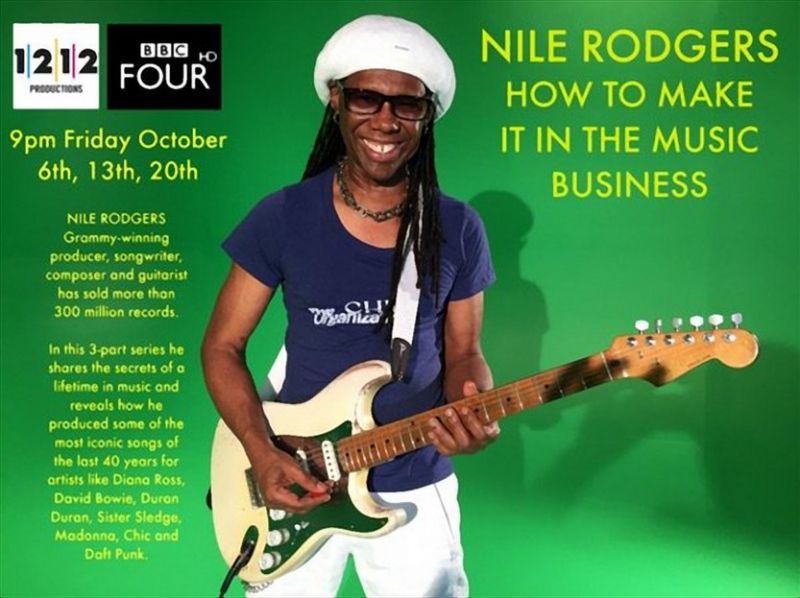 
American Nile Rodgers (b. 1952) is a Grammy-winning guitarist, songwriter, and producer with whom everyone would like to collaborate. He has the golden touch of Midas, producing some of the most iconic songs of the last 40 years for artists like Diana Ross, Duran Duran, Sister Sledge, Madonna, David Bowie, Daft Punk and Avicii.
In 1976, Rodgers formed Chic with Bernard Edwards, whose disco song Le Freak was a giant hit. Chic still works under Rodgers and also releases new music.
As producer of some of the most successful records of all time, his towering influence on music and pop culture over the past four decades is incalculable. Nile shares a lifetime of experience on how to make it in the music industry. Using his songs as a guide, he explains the secrets of his success, his longevity and how he's stayed relevant.
In three-part series, Nile Rodgers tells how he has managed to stay on top for over 40 years and sell over 300 million records.

Series Director: Christopher Bruce; 1212 Ltd Productions for BBC Music
Part 1:
Nile reveals the moment when, as a teenager, he first picked up a guitar, and why he has never looked back. He tells how his musical talent led him to become a highly successful session musician before following his dream to write his own music with Bernard Edwards for Chic. Nile tells the story of how he and Bernard, young and broke, surreptitiously sneaked into a recording studio at night to record what became Chic's first hit, Everybody Dance. Nile plays this song for us and we see him and Chic in concert playing it too - along with lots of their greatest hits. The film uncovers the source of inspiration for many of Nile's songs - being turned away from Studio 54 led him to write Le Freak, while others, including Lost in Music, have their roots in Nile's troubled and difficult childhood, and how he hears music all the time - a subject he speaks about candidly. Top producer Mark Ronson and Duran Duran keyboard player Nick Rhodes describe Nile's use of complex chord patterns and his unique guitar-playing style. While Kathy Sledge of Sister Sledge reveals the joyous and exacting way Nile worked with them to produce their internationally successful album We Are Family and the hit single He's the Greatest Dancer. Throughout the film Nile demonstrates, in a series of short masterclasses, how he writes and develops his music. Nile is an astonishing storyteller and his contributions are both searingly honest and inspiring throughout the film.

Part 2:
Nile Rodgers reveals how he became the go-to producer of the 80s, creating signature sounds for some of the world's biggest stars: Diana Ross, Carly Simon, David Bowie, Madonna and Duran Duran. The first artist Nile worked with was Diana Ross. The album they created, Diana, became the biggest-selling studio album of her career and spawned three international hit singles. In the film, Nile explains how they came up with the songs. Nile and Carly Simon reveal the working process that led to the song Why, which flopped in America. Nile explains why and is candid about what you do when failure comes knocking. When Nile met David Bowie, neither could have known how much it would change both their lives. After a number of critically received albums, Bowie was looking to do something different and asked Nile for an album of hits - and that is what Nile gave him; Let's Dance became Bowie's biggest-selling album. In an intimate mini-masterclass, Nile explains how the song Let's Dance developed from Bowie's initial idea into a global hit. The album Nile produced for Madonna was Like a Virgin. We learn about how his deal was structured with her record company, and how this gave Nile one of the biggest paydays of his career. Duran Duran's third album contained a song they felt hadn't realised its full potential - The Reflex. Nile used a recently bought Synclavier and gave the song and the band an entirely new sound. Nile and Nick Rhodes explain how the record was made.

Part 3:
The final part is almost entirely set in the landscape of the music world today - a world that is near unrecognisable from the one Nile started out in over 40 years ago. Technology and digital media have revolutionised how we hear music. Digital platforms like YouTube, Spotify, Apple Music and others make music instantly available to everyone. Computers and the internet have changed how music is written and composed and, via social media, artists can communicate directly with their fans - they can even release their music to them with a single tweet. Nile shows us how he has adapted to this new world and why he wants to be a part of it. We discover how, in recent years, he has collaborated with a more diverse range of musicians on a greater variety of music than ever before. The first collaboration we hear about is Get Lucky with Daft Punk, which became a Grammy-award-winning international hit. Later, we have contributions from singer-songwriter Laura Mvula, who won a Novello award this year for her album The Dreaming Room which Nile worked on. We hear from top country music star Keith Urban - they were both nominated last year at the Country Music Awards. And from Swedish DJ and composer Avicii, who plays to audiences of tens of thousands around the world, we discover the closeness of their musical relationship and learn about their working methods. We discover how Nile's contribution to singer John Newman's song Give Me Your Love came about. In what is the 40th anniversary of Nile's band Chic, we see him on stage in Glasgow, and at the end of the film Nile reveals that he has just finished recording a new song. Called I Believe In Music, this at present unreleased song sums up Nile's personal philosophy toward the art form that has dominated his life. This film has exclusive access to that song. 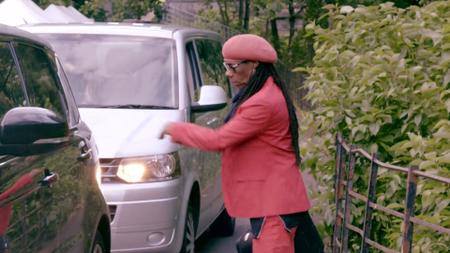 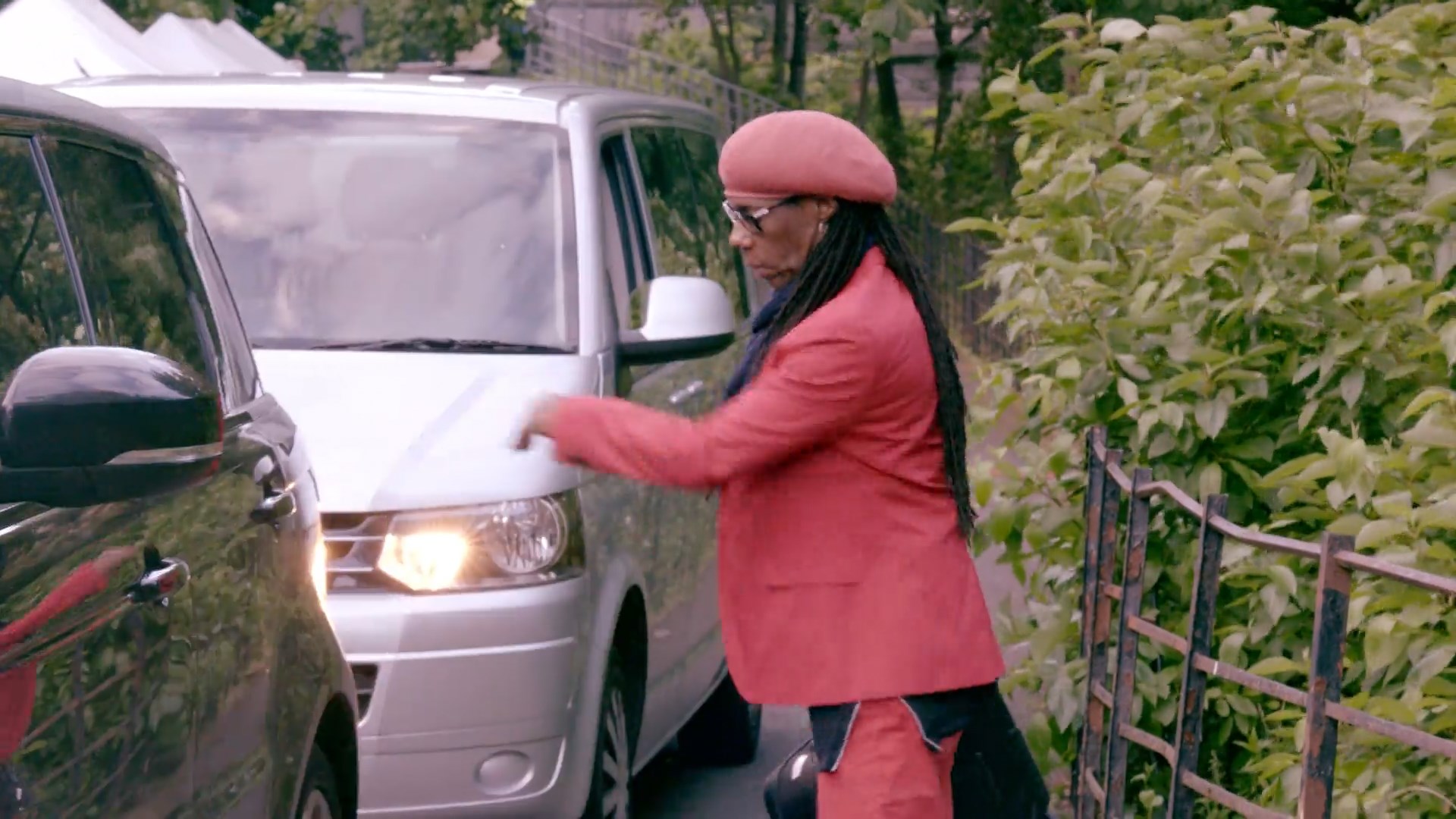 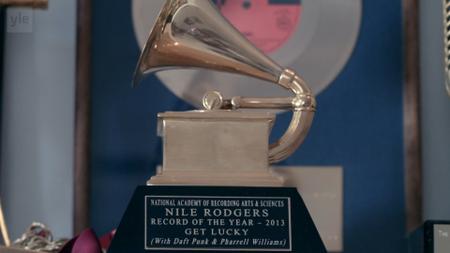 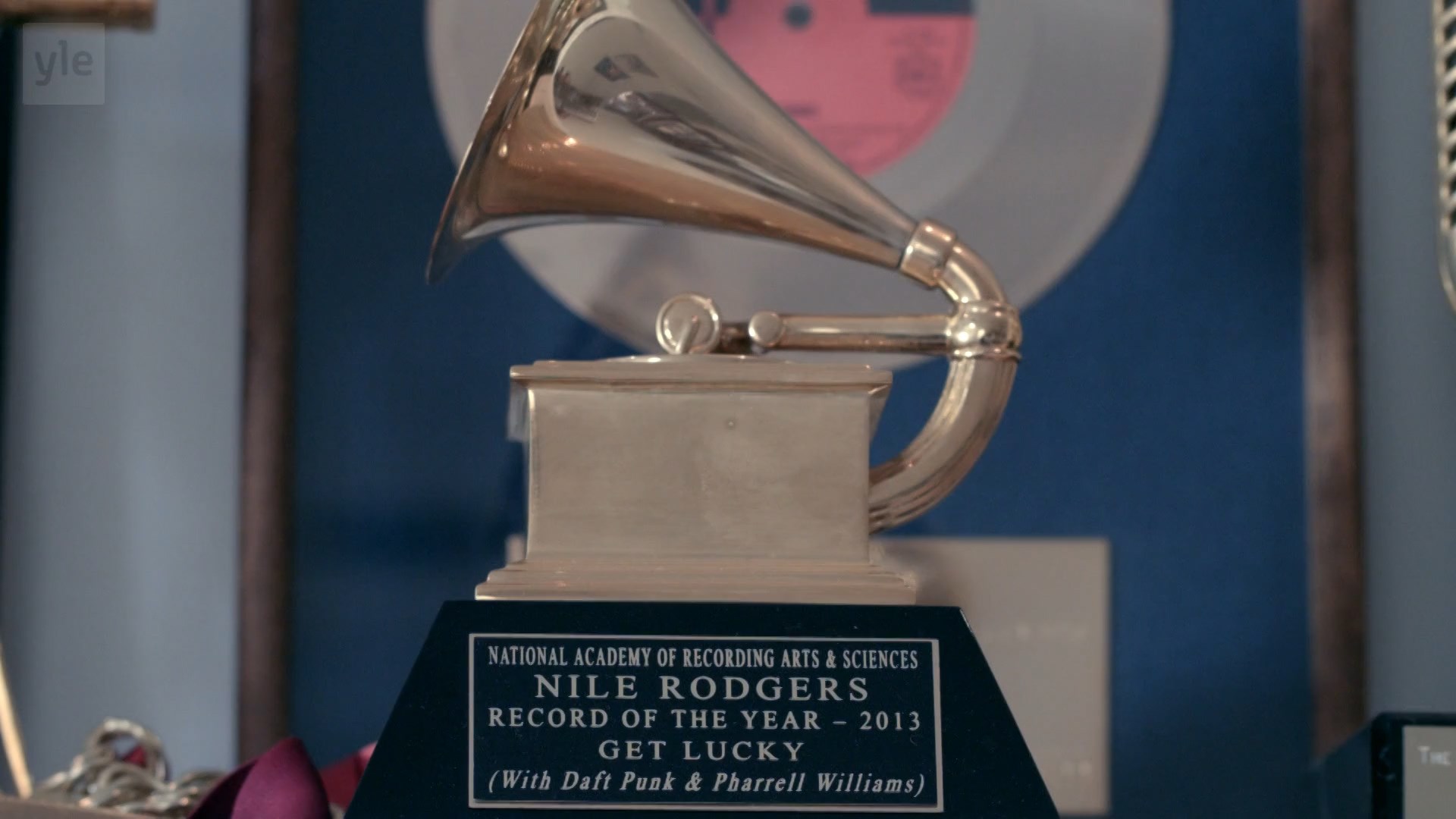 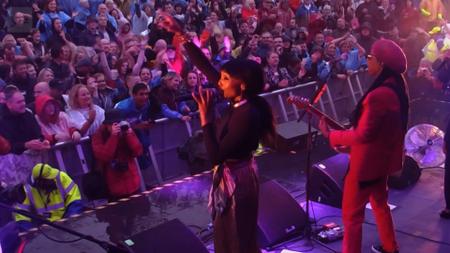 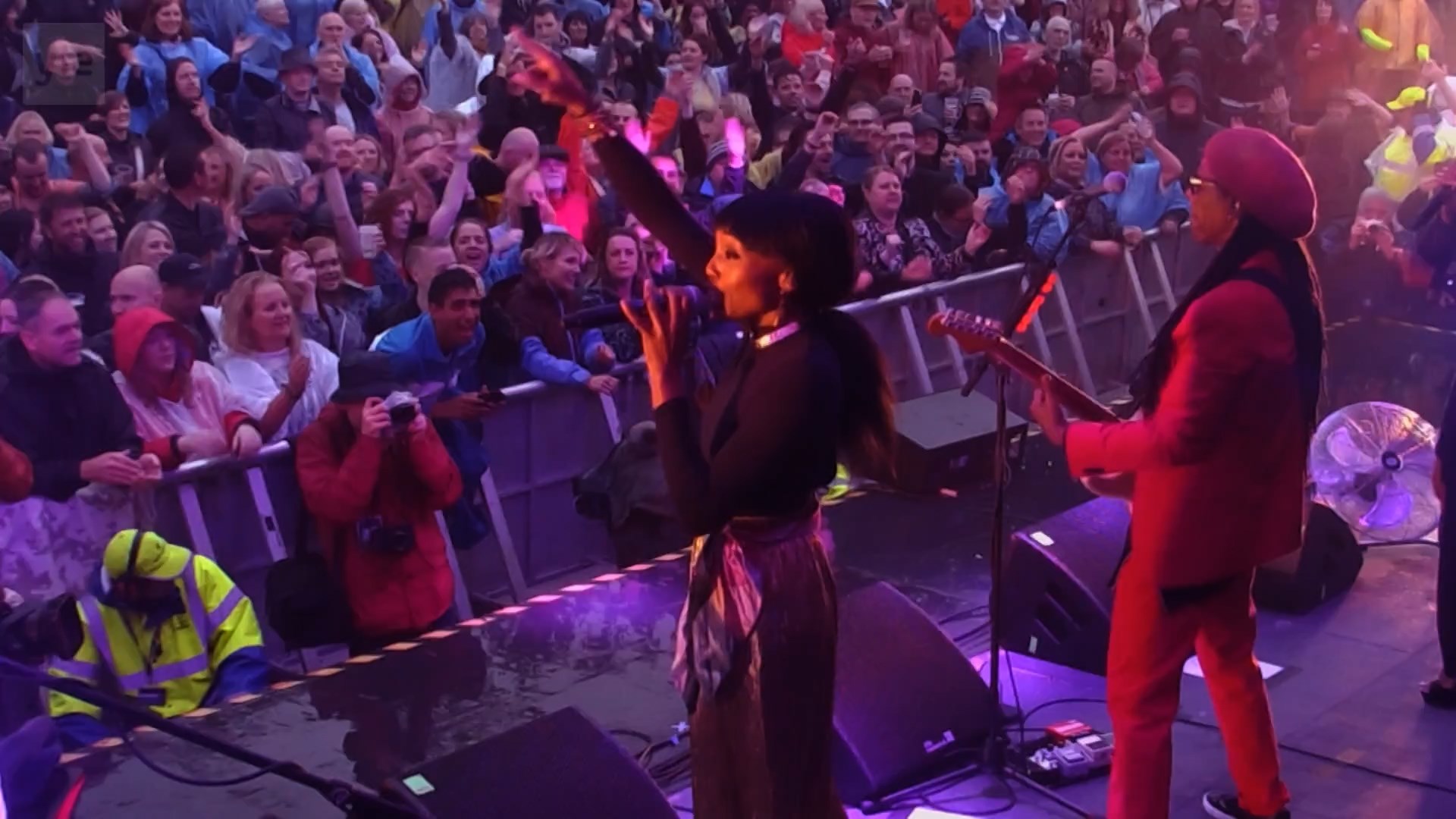 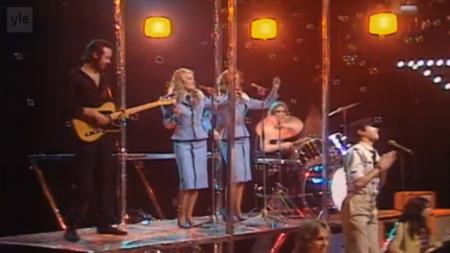 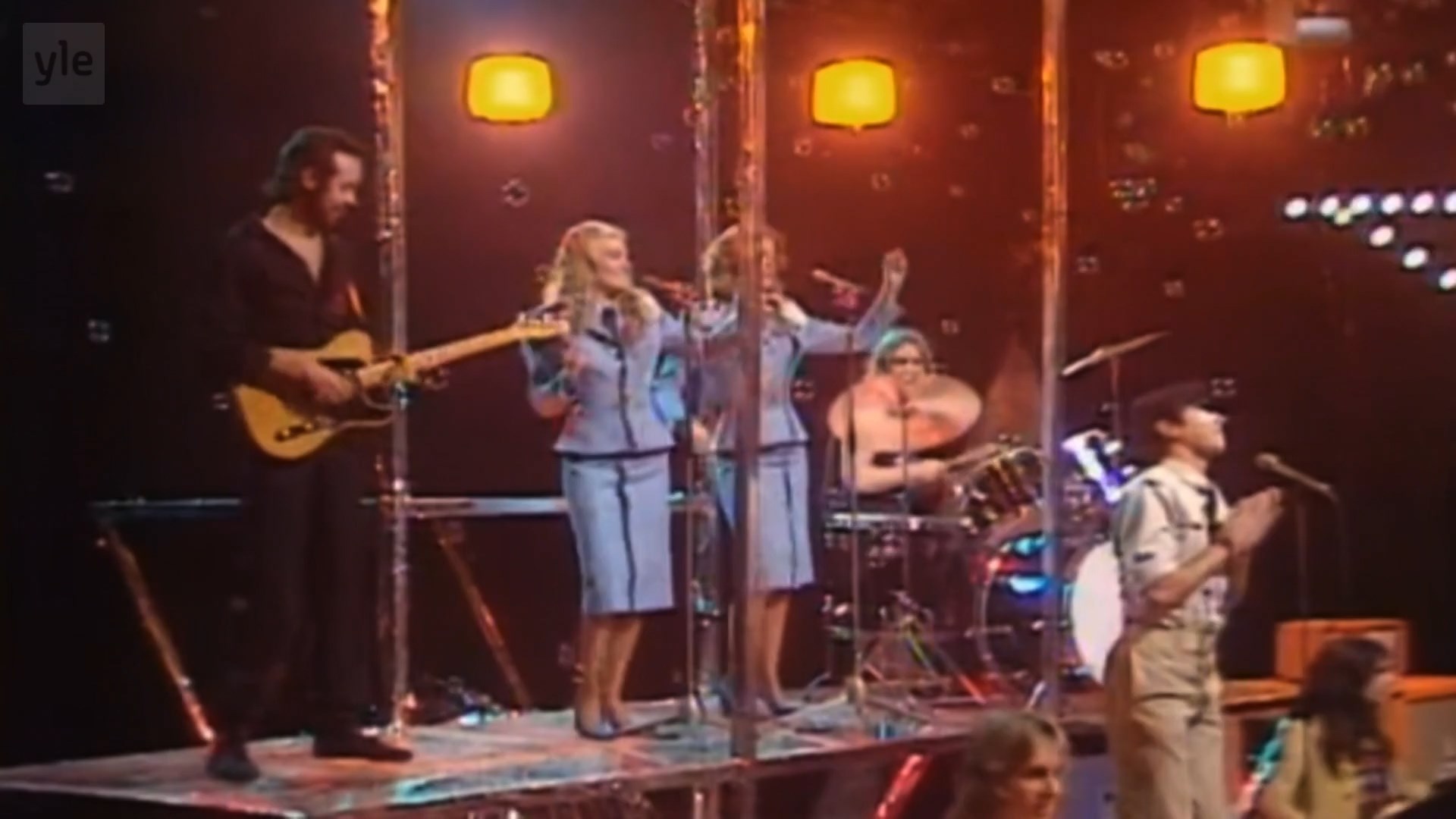 
Download full movie BBC - Nile Rodgers: How to Make It in the Music Business (2017)
Subtitles (from opensubtitles.org)
2017 Documentary
Publication archive