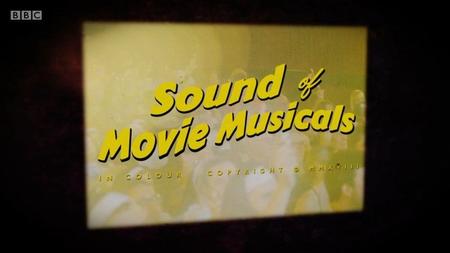 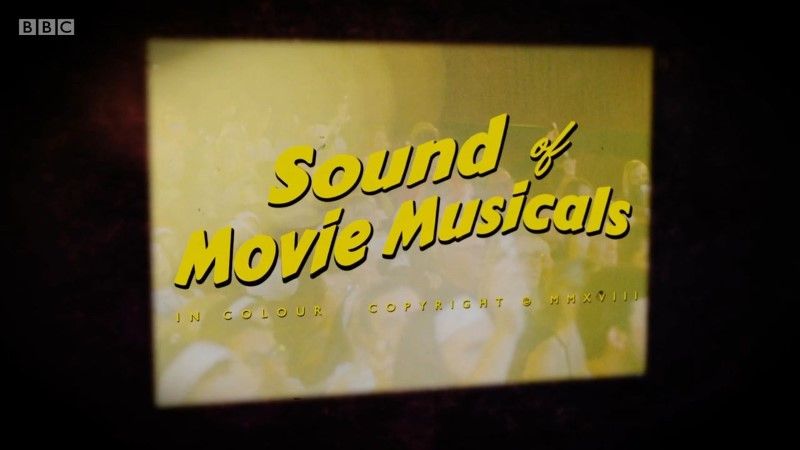 
Composer and musician Neil Brand presents a series on the movie musical - from Hollywood to China and the USSR, and from Snow White and Gene Kelly to Grease and La La Land.

Part 1:
Neil Brand argues that the movie musical was the most important form of cinema from the advent of the age of sound. Beginning with the very first film musical, 1929's Broadway Melody, Brand looks at the huge and lasting impact of the musical and, in his trademark analysis of songs at the piano, takes us through some of the most important numbers in this first golden age.

The remarkable success of Broadway Melody winning one of the first ever Academy Awards meant that film studios were eager to cash in on the possibilities of musical film. But, as Brand reveals, this was not always to guaranteed success. He shows how the first big-budget, all-colour musical, 1930's King of Jazz, failed to capture the box office. He discusses how its lack of actual African American jazz musicians was one of its problems, by looking at the first dedicated African American musical - King Vidor's Hallelujah. With the help of a gospel choir from the Mother AME Zion Church in New York, he examines how much Hallelujah actually reflected life in the Deep South in 1920s America.

Continuing the theme, Brand goes on to explain how the Great Depression in 1930s US actually inspired some of the most progressive and memorable examples of the first golden age of movie musicals: MGM's 42nd Street and Gold Diggers of 1933. These were remarkably socially aware films, and as Neil demonstrates, songs such as We're in the Money and Remember My Forgotten Man were both beautifully tuneful and lyrically poignant.

In an unexpected turn, the programme shifts focus to the USSR, where a little-known story of musical film is uncovered. From the early 1930s, Joseph Stalin actually commissioned a series of film musicals to promote the ideology of the Soviet Union. Beginning with the slapstick of 1934's The Jolly Fellows, two years later came Circus, one of the most extraordinary musical films in Russian history. A tale of an exiled American woman with a mixed-race child, Circus was a remarkable piece of propaganda promoting the Soviet Union as a country of racial inclusion, exactly as Stalin began his 'great purge' - to silence any dissenters from his communist plan.

Back in Hollywood, the musical was surging forward with a whole new level of song and dance movie star; most significantly, the incredible partnership of Fred Astaire and Ginger Rodgers. Brand visits the Royal Ballet in London, where principal dancer Steven McRae dances and analyses one of Astaire’s most jaw-dropping numbers, No Strings. Neil also guides us through the music of Top Hat's iconic song Cheek to Cheek.

Finally, we explore how the introduction of fantasy and fairy tale invigorated the movie musical in the latter years of the 1930s. Walt Disney’s Snow White was a gamble that took three years to make but became one of the highest grossing films of all time, followed by MGM's unforgettable The Wizard of Oz, released to cinemas a mere two weeks before the outbreak of the Second World War.

Part 2:
Neil Brand looks at how the movie musical entered a second golden age in the aftermath of World War II.

He starts by examining one of the most striking films of that era: 1942's Die Grosse Liebe. This was made at the height of the conflict, and was a Hollywood-style musical with a distinctly German propaganda bent. Starring Hitler's favourite chanteuse, Zarah Leander, it sent a patriotic and pro-war message through its songs, and became the highest-grossing film ever in the time of the Third Reich.

Once war had ceased, the American musical once again began to thrive with a colour (literally) and exuberance more pronounced than before. Central to its success, Brand argues, was the emergence of Gene Kelly as the superstar of this new age of Hollywood. Talking with Kelly's widow, Patricia Ward Kelly, he looks at how this star brought the musical film into the streets of America, most famously with Singin' in the Rain, long believed to be one of the greatest films ever made in any genre.

While musicals lit up the idea of the American Dream, they were also a crucial part of national identity in other countries. In newly independent India, the musical became both a popular form and also a tool for reinforcing cultural identity. Brand takes an in-depth look at two of the most significant movies of this period: Guru Dutt's Pyassa, and Mother India, long held as perhaps the most defining work of post-war Hindi film.

But it wasn't just in India that the musical had taken hold of, and reinvigorated, what films could achieve. In China, the Shaw Brothers studios had leapt on the idea of music being a box office draw, and with two remarkable films, The Love Eterne and Hong Kong Nocturne - the latter a remarkable ‘swinging 60s' romp - taken the country's cinema to a whole new, Hollywood-inspired level.

Hollywood itself had been forced to adapt to keep up with the times. Rock and roll was seen as the future of musicals, first with simple B movies like Rock around the Clock, but later with the more sophisticated MGM movies of Elvis Presley, most notably Jailhouse Rock. And the rock musical kick started a renaissance in British film too, as Cliff Richard and The Shadows took to the screen in blockbusters such as The Young Ones and Summer Holiday. Neil meets Shadows guitarist Bruce Welch to get the insider story of how these Brit flicks became huge successes.

As the 1960s motored on, the movie musical hit both a boom and a bust. In France, Jacques Demy's The Umbrellas of Cherbourg was a brilliant New Wave reimagining of the musical form as a kind of working-class operetta. Meanwhile, in Hollywood, Robert Wise's The Sound of Music became a pinnacle of the form, catapulting Julie Andrews to superstardom and becoming one of the most profitable films of all time.

On the other hand, a series of big budget flops suggested the musical had run its course in the world of film. Who could forget Clint Eastwood warbling tunelessly through Paint Your Wagon? What would the future of the Hollywood musical be, if it had one?

The answer was a genius to rival Gene Kelly as a movie musical titan, choreographer-turned-director Bob Fosse. Dropping in on a dance class in New York where Fosse's highly unique style is still being taught today, Neil Brand shows how with Sweet Charity and Cabaret, Fosse totally revived the fortunes of the musical film.

Part 3:
Neil Brand asks how the movie musical survived in our modern age.

By the 1970s the whole landscape of cinema had shifted; the biggest movies were no longer feelgood romances but gritty dramas of urban life. And yet, right at this point, two directors famed for such films ventured into the world of musical film. Martin Scorsese's New York, New York and Francis Ford Coppola's One from The Heart were glossy, highly stylised homages to the golden age of the musical. And both failed to connect with a modern audience.

The musical would find its modern voice by adapting rather than trying to ape the classic formula of old; by being maverick and unconventional, as Neil Brand discovers when meeting Mel Brooks, creator of the unforgettable Springtime for Hitler. And he also meets Turner Prize-winning artist Jeremy Deller, who argues that Ken Russell's film of The Who's rock opera Tommy is the best film ever made!

This recognition of the importance of pop culture, added to a 70s nostalgia for the seemingly more innocent days of the 50s, gave rise to another strain of successful movies: American Graffiti and, most memorably, Grease. It even hit the UK, as former teen star David Essex explains, with his starring role in 1974's That'll Be the Day.

The 1970s also saw the movie musical become much more reflective of an increasingly multicultural world, with the huge success of films such as Car Wash, with its soundtrack written by the great Motown composer Norman Whitfield. In Los Angeles, Neil meets up with the film's director Michael Schultz to discuss how Hollywood took on soul and disco to reinvigorate the musical genre.

As we come to see where the movie musical now stands, we discover it has been as blockbusting as ever; firstly, in India, where the emergence of Bollywood has completely taken over Hindi cinema, with stars such as Shah Rukh Khan selling a film on sheer screen stardom alone - but also back in its base camp of Hollywood, where the success of both La La Land and The Greatest Showman have demonstrated that the movie musical is still a force to be reckoned with. 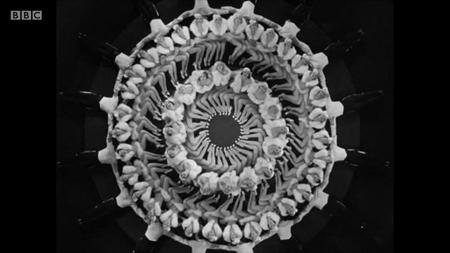 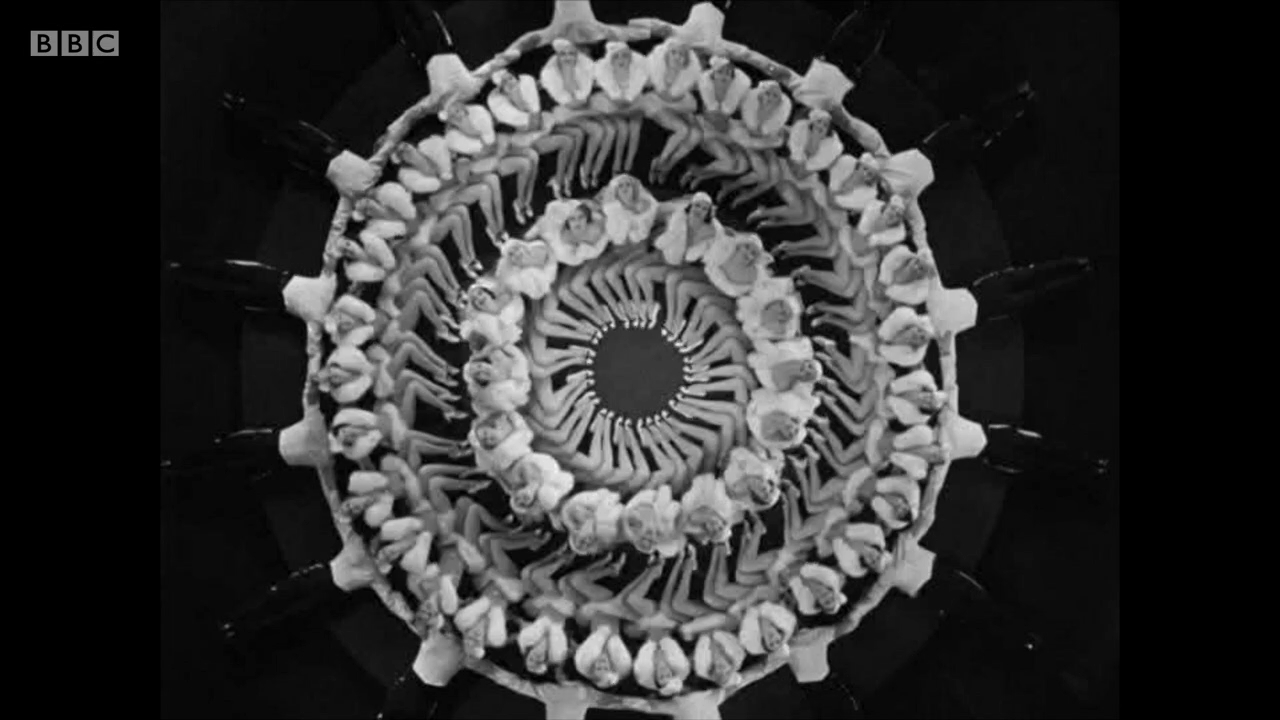 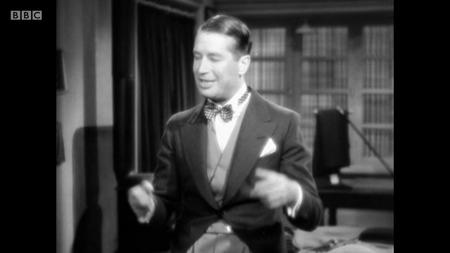 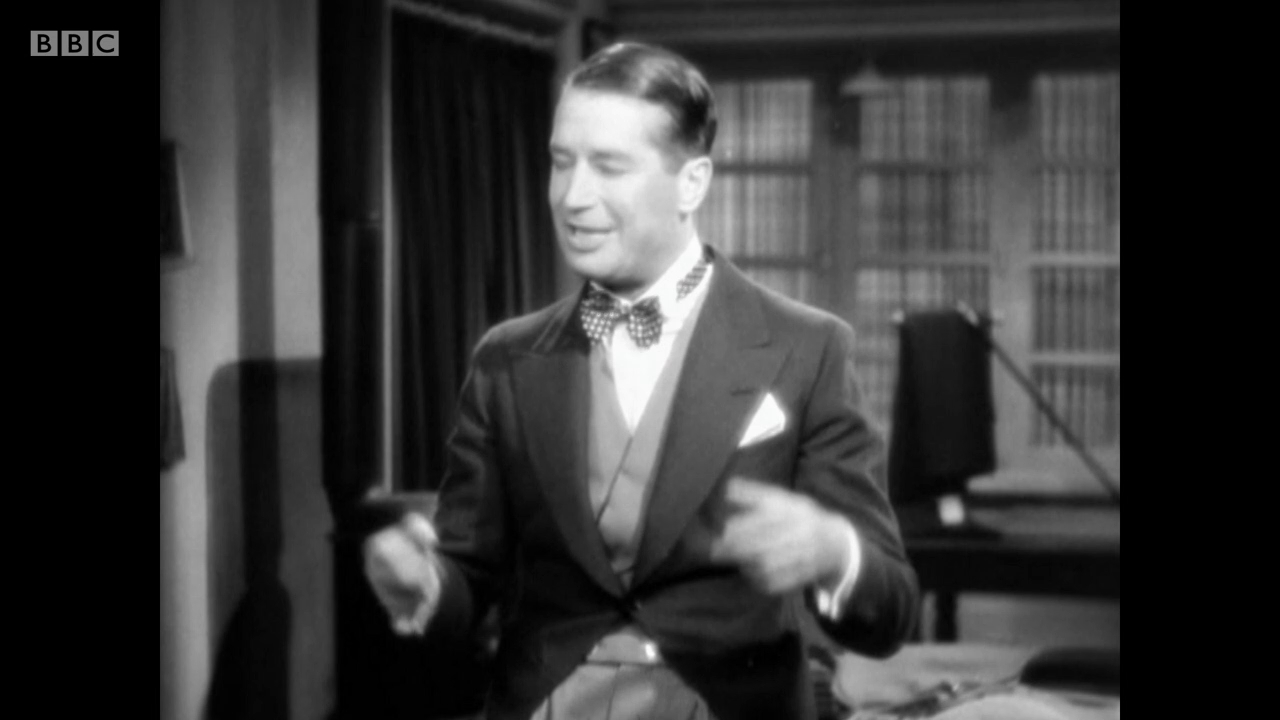 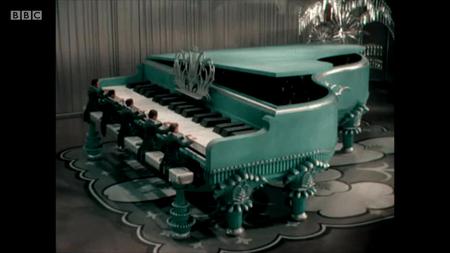 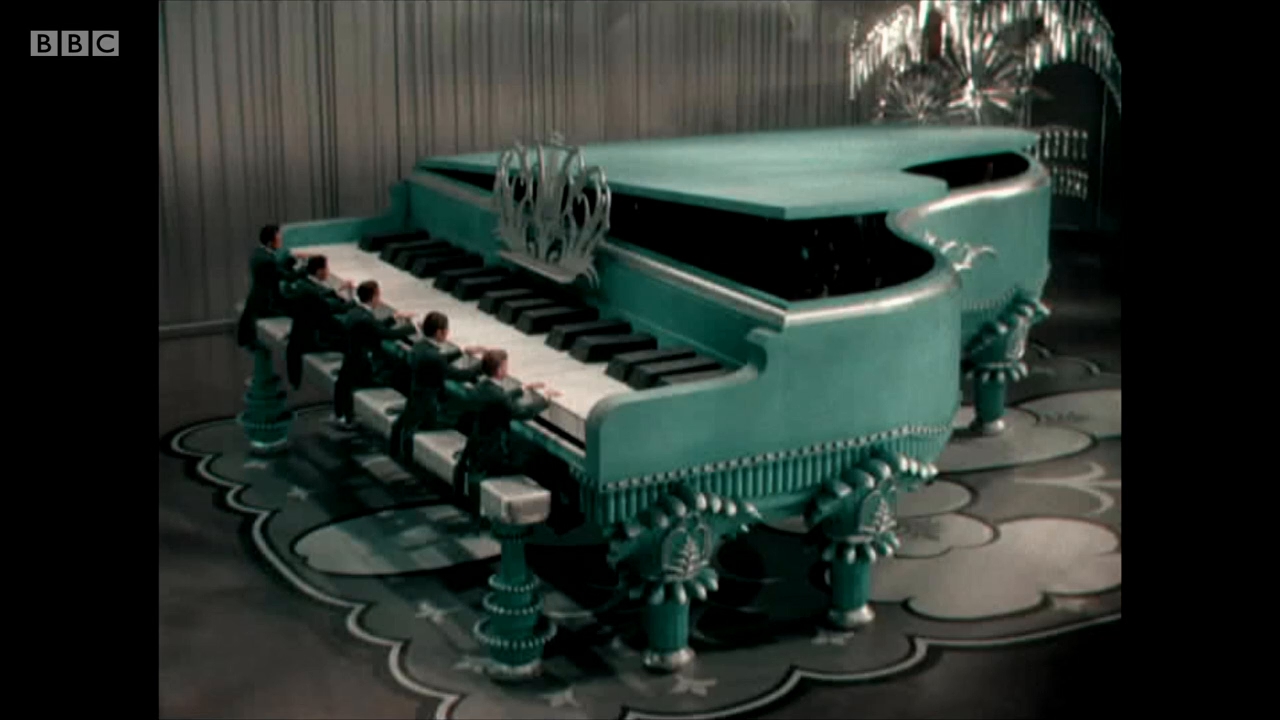 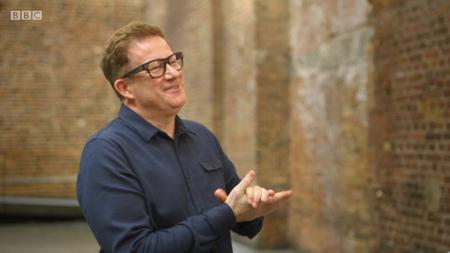 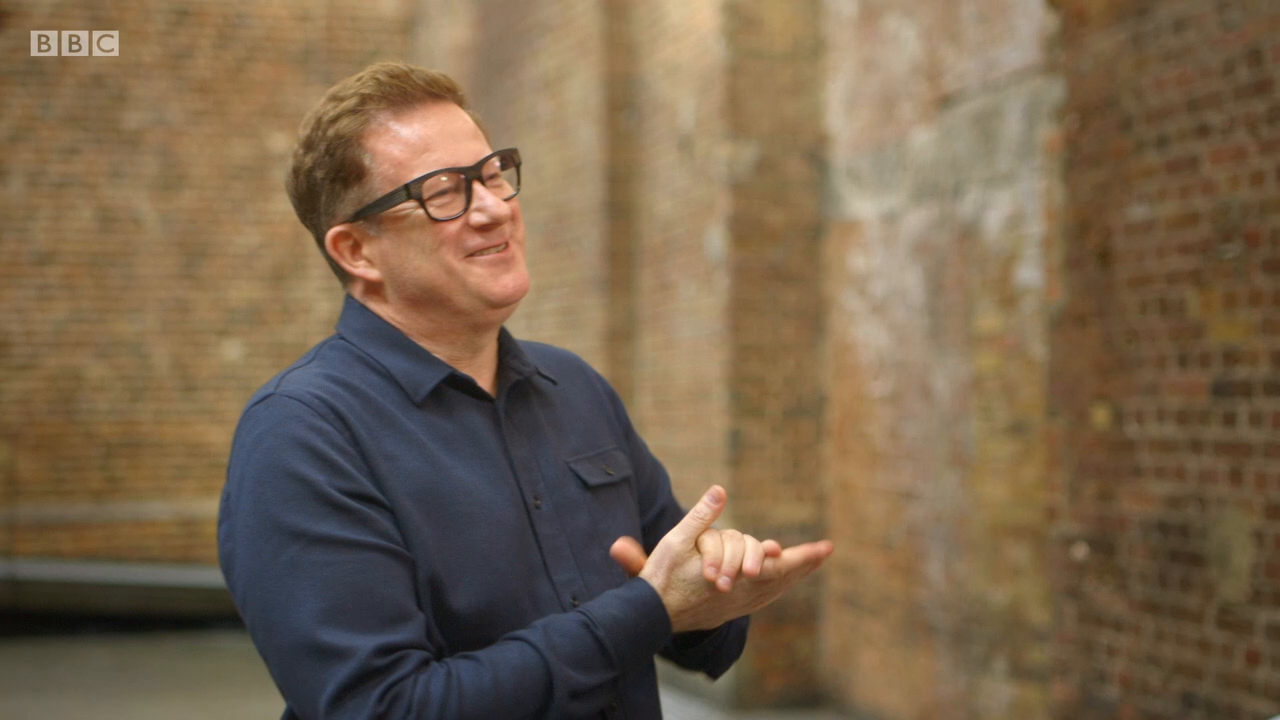