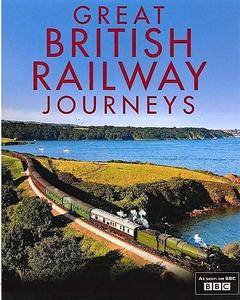 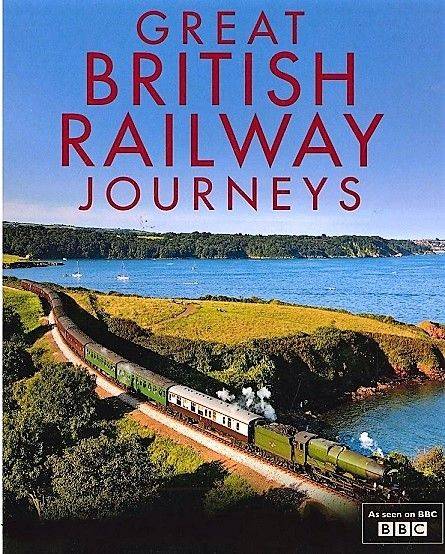 Great British Railway Journeys is a BBC documentary series presented by Michael Portillo. It premiered in 2010 on BBC Two, and has returned each year for a total of eight series.

Part 1: The Flying Scotsman
A once-in-a-lifetime journey aboard the most famous train in history, the Flying Scotsman, begins for Michael before dawn at London's King's Cross. Excitement builds on the platform as the world's media, fans and 300 passengers await the arrival of railway royalty.

Part 2: Welwyn Garden City to Peterborough
After the excitement of his ride on the Flying Scotsman, Michael begins a new journey with his Bradshaw's guide book north from London, following the historic service's path at a more leisurely pace. Along the way he is forced to expend more effort than usual on the rails as he pumps a track inspection trolley.

Part 3: Newark on Trent to Stockton-on-Tees
Following his trip from London to York on board the Flying Scotsman, Michael uses his Bradshaw's to trace the path of the famous service, beginning in the 'Key of the North' Newark-on-Trent and finishing in the cradle of the railways, Stockton-on-Tees.

Part 4: Darlington to Dunbar
In Newton Aycliffe, he tests a state-of-the-art passenger train on tracks which follow the route taken by George Stephenson's steam engine on its historic journey in 1825. Through the looking glass at Croft-on-Tees he discovers a curious potion at the childhood home of Victorian writer Charles Dodgson, better known as Lewis Carroll, and finds the author was also a fan of Bradshaw.

Part 5: Longniddry to Edinburgh
Michael helps himself to a ukulele lesson in Haddington, birthplace of Victorian self-improvement guru Samuel Smiles. In Musselburgh, he gets a taste of life as a fishwife before exploring the Scottish capital Edinburgh, where a popular 19th-century mode of transport is making a comeback. The city's proud medical heritage, highlighted in his guide book, takes Michael to the Royal College of Surgeons, where he discovers the macabre history of body snatchers and murderers who contributed to the science of anatomy.

Part 6: Blackpool to Manchester Victoria
On a new journey across Bradshaw's Britain with his Victorian guidebook. He makes potent new friends in Fleetwood then heads to Manchester, where George Stephenson built the world's first modern railway line. This epoch-defining achievement is being incorporated into a new multi-million pound rail link between Manchester's Victoria and Piccadilly stations and Michael lends a hand with the welding. At a moving ceremony in Manchester Piccadilly station, Michael unveils a new monument to 87 railwaymen of the London and North Western Railway, who lost their lives in the Great War.

Part 7: Manchester Piccadilly to Silkstone Common
Michael Portillo's journey from the Irish Sea to the North Sea continues by tram from Manchester. At the imposing town hall of the world's first industrial city, Michael comes face to face with the Victorian scientist who invented modern atomic theory. He then heads to the city's National Graphene Institute, where he learns to make the groundbreaking material invented there by two Nobel prize-winning scientists. His Bradshaw's leads him to an 18th-century settlement built by refugees from Europe.

Part 8: Chapeltown to Doncaster
From Chapeltown, Michael heads to Wharncliffe Crags, where he plucks up courage to follow in the terrifying footholds of the Victorian daredevil who made rock climbing a sport. The relative calm of academia beckons at Sheffield University but, face to face with a hagfish, Michael's visit to the Alfred Denny Collection proves an eye-opener.

Part 9: Gainsborough to Ely
Steered by his Bradshaw's railway handbook to Gainsborough, Michael Portillo wraps his head around an ingenious Victorian machine which changed shopping forever. In Lincoln, he discovers the verse and popularity of 19th-century Poet Laureate Alfred, Lord Tennyson, and finds poetry thrives today in a city pub.

Part 10: Stowmarket to Harwich
Michael Portillo is on the final leg of his journey following the route of the North Country Continental service to Harwich. Along the way, he meets volunteers on the Mid-Suffolk Light railway and is allowed to drive The Middy. In Leiston, Michael uncovers an intriguing industrial pioneer - the world's first purpose-built assembly line.

Part 11: Wexford to Wicklow
Armed with his Bradshaw's Handbook, Michael Portillo begins a journey across Ireland. In the port of Wexford, he takes to the seas in a 100-year-old lifeboat and discovers a hero of the American navy. He tunes in to the Meeting of the Waters at the Vale of Avoca, then heads for Wicklow, where he learns of a Victorian project to combat sickness and disease in the capital, Dublin. Embracing the gentler pace of life of a traditional Irish traveller in Victorian times, he ends this leg in a beautiful horse-drawn, barrel-top caravan.

Part 12: Greystones to Dublin
At Trinity College, Dublin, Michael Portillo discovers one of Ireland's greatest treasures and learns how it became the symbol of the nation. There is a chance to sample the black stuff in a Dublin pub before Michael learns how Victorian royals were deployed to calm rocky relations between Britain and Ireland. He explores the magnificent house and gardens of Powerscourt in County Wicklow. Finding an angle on triangulation helps Michael to understand how Ireland was put on the map - and why.

Part 13: Navan to Mullingar
Michael gets up to speed with modern archaeology in County Meath and uncovers a controversial Victorian dig at the sacred Hill of Tara. He investigates leaping salmon in Leixslip and discovers an electrifying breakthrough at an historic seminary. At Mullingar, Michael bangs the drum for the town's marching band.

Part 14: Dromod to Sligo
With his Victorian Bradshaw's guidebook in hand, Michael Portillo crosses the Emerald Isle uncovering Irish identity, forged at a time of political strife. Travelling through the beautiful landscape, Michael learns how it inspired one of the 20th century's greatest poets, WB Yeats.

Part 15: Ballina to Westport
On the last leg of Michael Portillo's long journey from Wexford to Westport, a fashionable Victorian seaweed bath is followed by a steamy scene in Ballina. On tenterhooks in Foxford, Michael discovers the visionary charity of an entrepreneurial nun. He learns of a double tragedy at Clew Bay and begins a pilgrimage to the summit of Ireland's holy mountain, Croagh Patrick.

also You can look my other last: Travel-posts 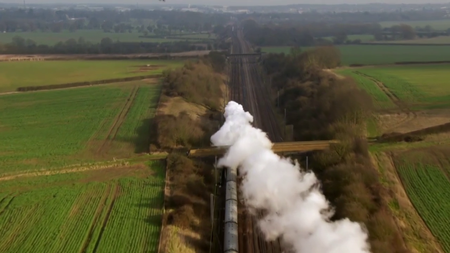 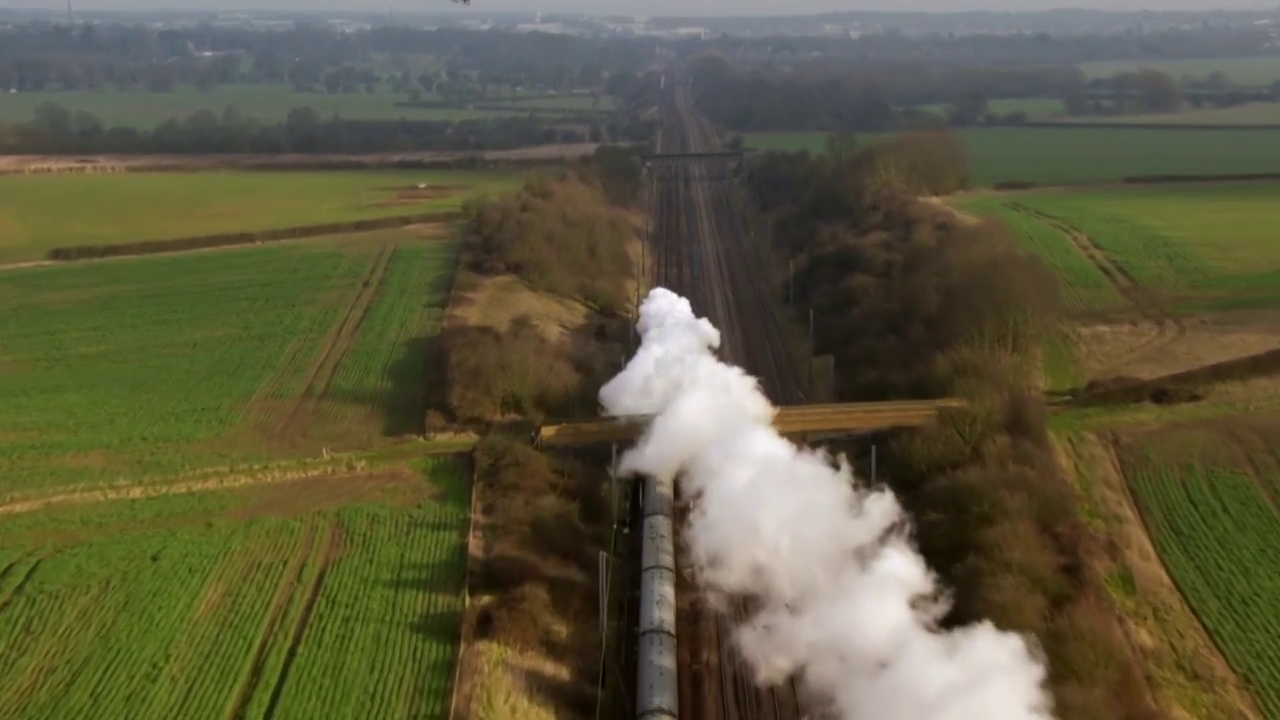 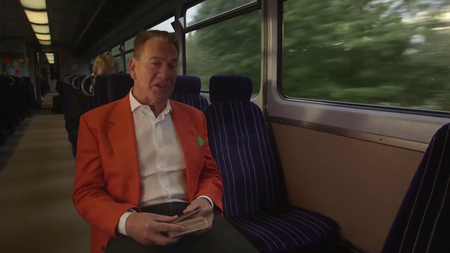 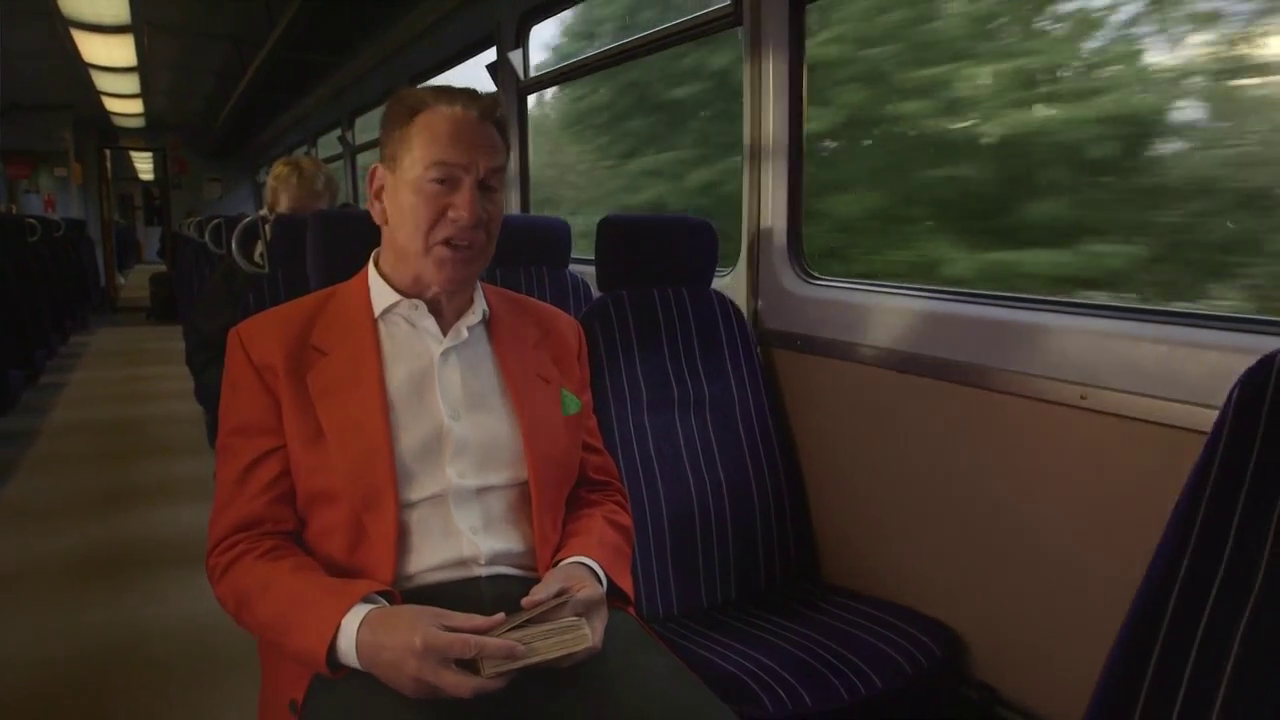 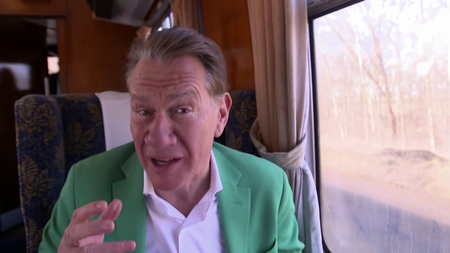 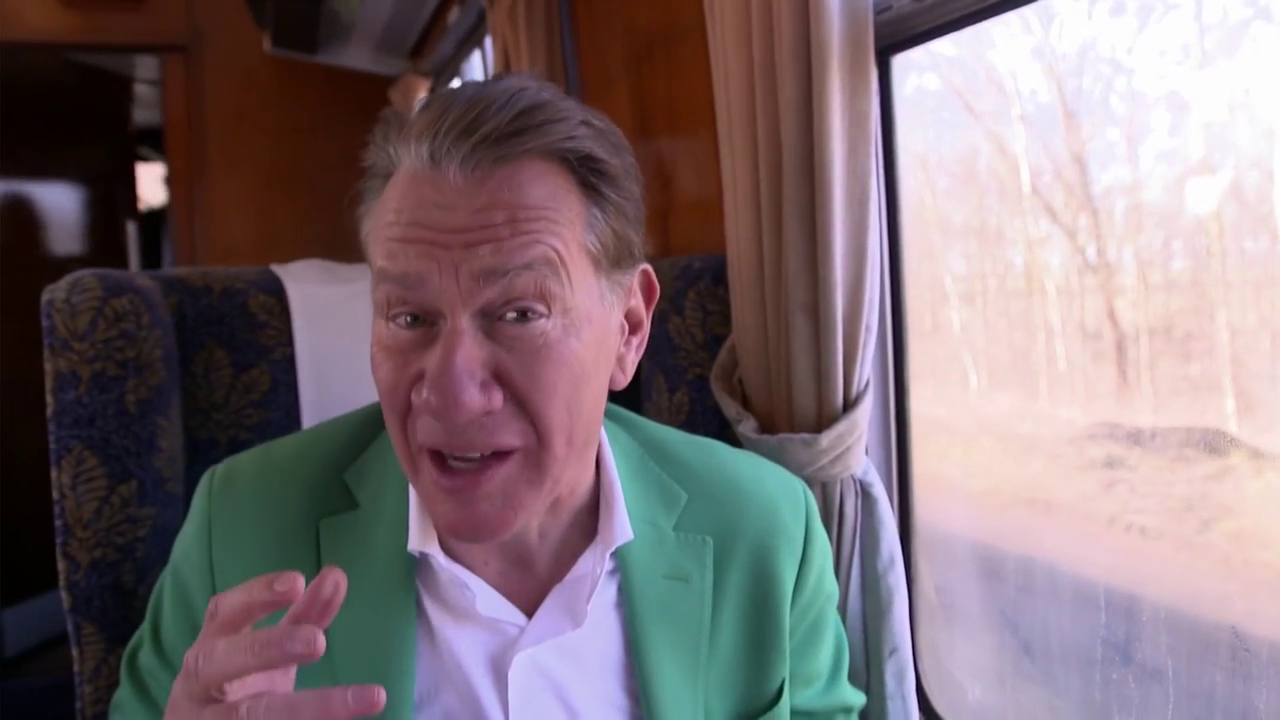 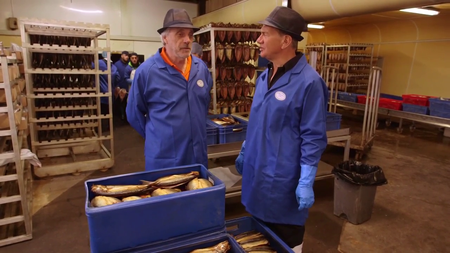 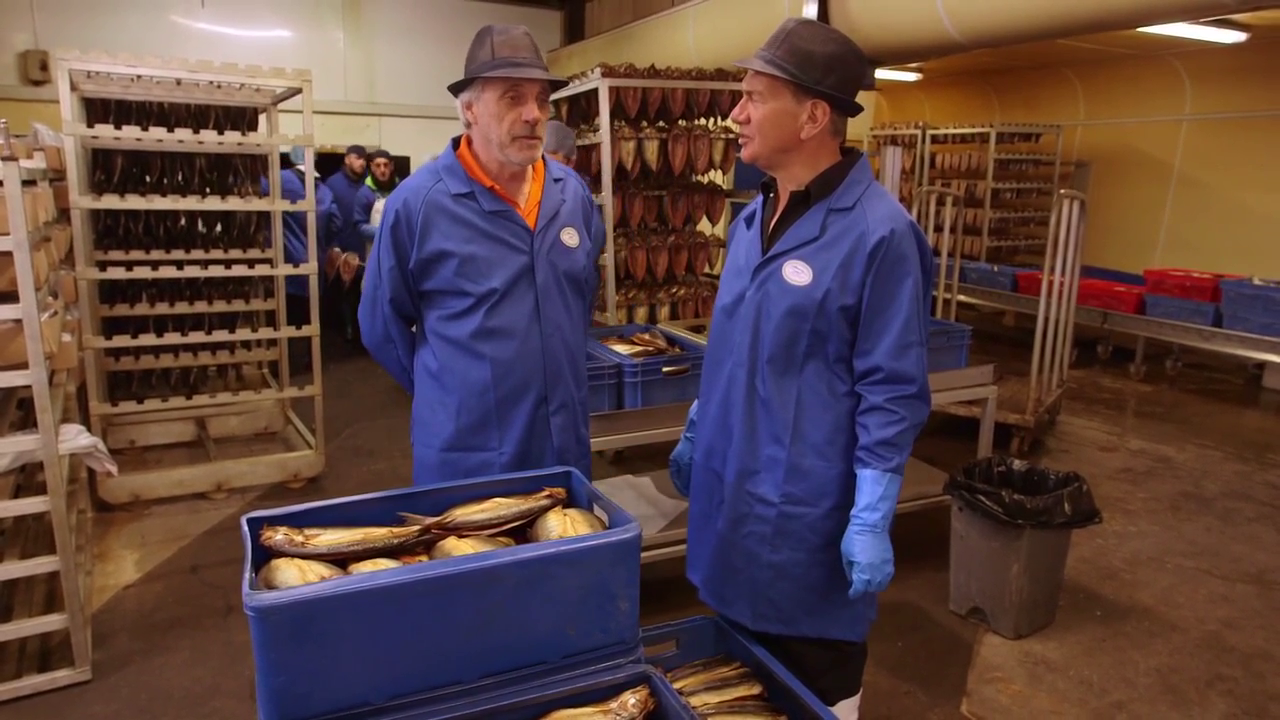