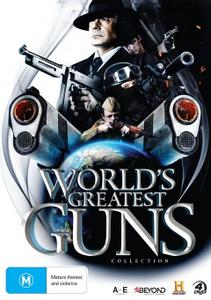 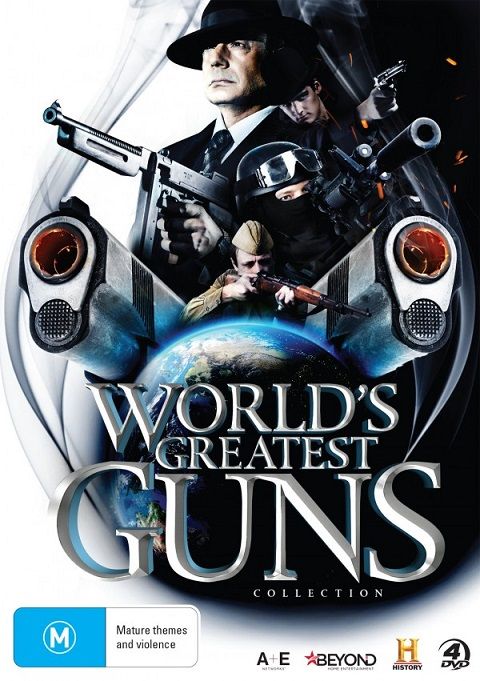 
In the centuries since the gun was invented, hundreds of innovators, engineers and inventors have brought their vision together to create what has become one of the most perfectly produced items ever made. TALES OF THE GUN chronicles the long history of firearm design and construction from the first, primitive weapons to today's computer-controlled, high-tech factories. From the gunslingers of the Wild West to the newest technology being developed for tomorrow s super-weapons, guns have etched a place in today s culture for their masterful combination of form, function and beauty.
This definitive 4-disc set of the WORLD's GREATEST GUNS features 11 hours of exhaustive, fascinating detail and thrilling stories on the guns, the inventors, the designers, and the story behind each weapon. Ranging in size, power, use, and style, the gun has been a part of human conflict for centuries. Its use has varied from hunting and protection to international combat and urban dispute. Trace the history of the gun from its inception up until the 20th century.

Produced by Greystone Communications, Inc. for The History Channel

Part 1: Rockets and Missiles
These marvels of technology extend the reach and amplify the deadlines of the modern warrior. But their genesis came centuries ago - and legend has it that it all began with an accident! Trace the evolution of the rocket, from the first Chinese "fire arrows" to the latest supersonic, heat-seeking missiles.


Part 2: Bullets and Ammo
Without ammunition, guns are little more than finely machined clubs. From the earliest hand-cast lead shot to the finest factory-made centerfire cartridges, it's ammo that makes a firearm sing. For 500 years, ammo makers have tried to construct bullets so they're easier to carry, quicker to load, and more powerful than the enemy's!


Part 3: Shotguns
The first specialised gun, it was originally used by the British upper-class to shoot birds and small game for sport. But through the years, the shotgun took on a variety of roles, used by hunter and warrior alike. For more than four centuries, the shotgun was the weapon of choice for those who could afford one!


Part 5: The Guns of Smith and Wesson
They laid the groundwork for the Winchester Repeating Rifle and put a cartridge 6-shooter in the West years before Colt's Peacemaker. Their spirit of innovation has led handgun technology for over a century. Meet Horace Smith and Daniel Baird Wesson, and see why the company forged from their partnership remains at the industry's vanguard.


Part 6: Guns of the Civil War
It was a war in which brother fought brother. Where battlefields became slaughterhouses. Where the astonishing technology and ingenuity of a country in the midst of an industrial revolution, was put to the task of making the most destructive killing machines the world had ever seen. More Americans were killed in the Civil War than in all other American wars combined. Ominously foreshadowing the horrors of the first World War, the guns of Civil War became the first truly modern weapons.


Part 7: Million Dollar Guns
They are exotic, beautiful, prized, priceless and deadly. They are the Million Dollar Guns. The treasures of a select few, each tells a story of human triumph or desperate tragedy, cased forever in iron, steel, and wood. A few are so prized and historic that their values have soared to monumental prices. We'll tour the private collections of the rich and famous for a rare glimpse at these treasures. See the first Colt Cowboy ever made and the prized pistols fashioned for Catherine the Great. Examine the exquisite craftsmanship of 17th century dueling pistols and the gold pocket pistol once owned by Adolph Hitler, among others.


Part 8: Police Guns
Police represent a thin blue line protecting ordinary citizens from hardened criminals. We'll look at the vast array of weapons that police officers across America have wielded for over a 150 years in their endless fight to maintain law and order.


Part 9: Guns of Mauser
The Mauser bolt-action rifle is the most important military shoulder arm ever made. Mauser's bolt-action system, perfected in 1898, was so good, no significant improvement were ever made to it. Follow the story of German gunmaker Paul Mauser's search for perfection in weaponry and the company's odyssey through two world wars.


Part 10: Guns of the Sky
Hop in the cockpit for a daring century-long ride through the history of aircraft weaponry–from the first handgun fired from a biplane. Features interviews with Chuck Yeager, Korean ace Major Frederick Blesse, and pilots from Desert Storm and Kosovo, and historic footage of "Red Flag" exercises, when German pilots flew Soviet MiGs.


Part 11: Guns of Infamy: The Twentieth Century
Examines a number of incidents where guns were used by 20th century assassins. Included are the murders which were allegedly committed by the avowed anarchists, Sacco and Vanzetti. The political assassinations of Louisiana Senator, Huey Long, the Reverend Martin Luther King, Senator Robert Kennedy, and Malcolm X. The shooting of Governor George Wallace, the mass killings perpetrated by Charles Whitman, and the murder of former Beatle, John Lennon. We will examine a number of guns which have left their indelible mark upon the Twentieth Century.


Part 12: Japanese Guns of WWII
As Japan bombed its way into the Pacific during World War II, Imperial soldiers carried pride, a sense of invincibility, and an arsenal of clumsy and outdated weapons. Convinced that the tactics and tools that led to victory over colonial enemies would be just as effective against the Allies, Japan would see its weaponry lead to defeat.


Part 13: The AK-47
The Avtomat Kalashnikova 1947, otherwise known as the AK-47 was developed by the Soviets in secrecy at the dawn of the Cold War. Its menacing silhouette featuring a curved magazine has gained worldwide recognition, and respect. From Southeast Asia to the Middle East and Central America the AK-47 came to symbolize armed struggle and national liberation –or insurrection and political violence. In a rare television interview Mikhail Kalashnikov, the inventor of the AK-47 discusses how he designed the gun and what it was like to work within the secret world of the Soviet military during the Cold War. Simple to use and deadly efficient the AK-47 is one of the most influential guns of the 20th century.


Part 14: The M-16
The M-16 - the most powerful assault rifle ever used in combat. The M-16 could easily be called America's most unloved gun. It was Vietnam's gun, a symbol of a war that bitterly divided the country, a war we ultimately lost. Yet in the thirty years since it was first introduced, the M-16 has become a potent icon of U.S. military strength worldwide. The M-16 is the first - and only - military rifle developed by an outside designer in the two hundred year history of the Armory system and Army Ordnance didn't want it. Amazingly, this most efficient product of American genius almost ended up on the scrap heap. This program will follow the evolution of the M-16, a complex and controversial saga of out-dated battle strategies, political infighting, and well-meaning, but disastrous, improvements.


Part 15: Super Guns of Today and Tomorrow
An examination of guns that exist on the cutting edge of firearm technology. Fighting battles on computers decades before an actual shot is fired, these super guns may make the world safer – or more dangerous than ever before. 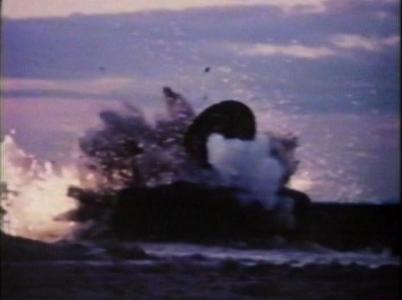 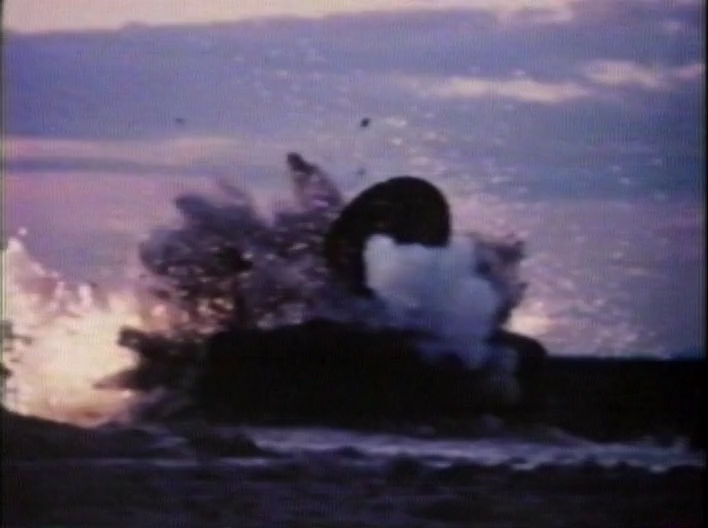 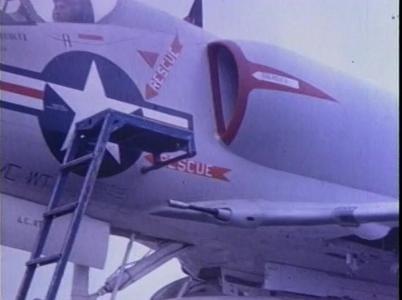 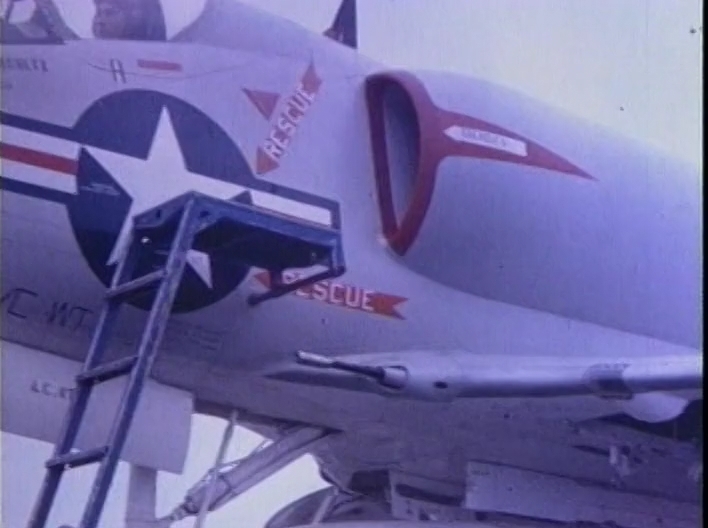 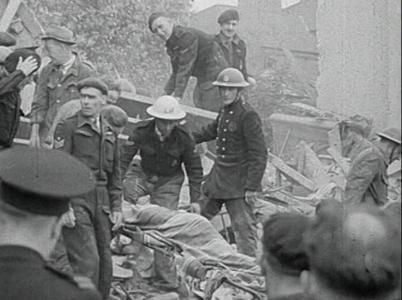 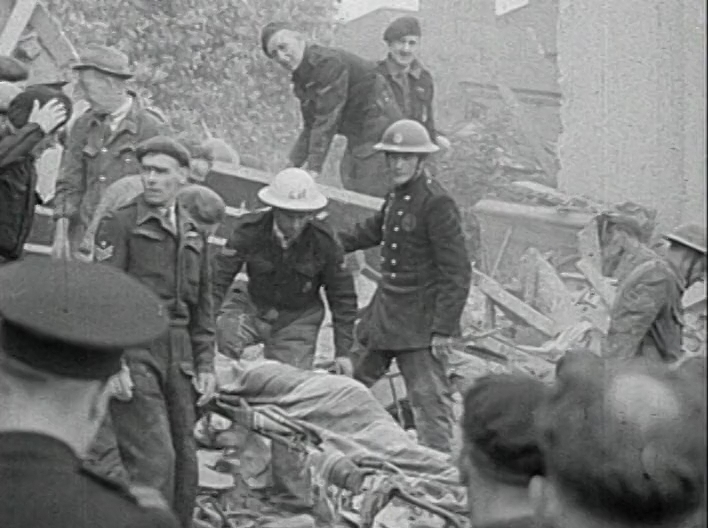 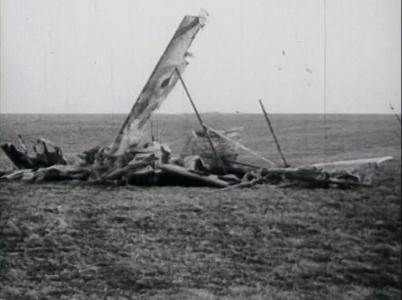 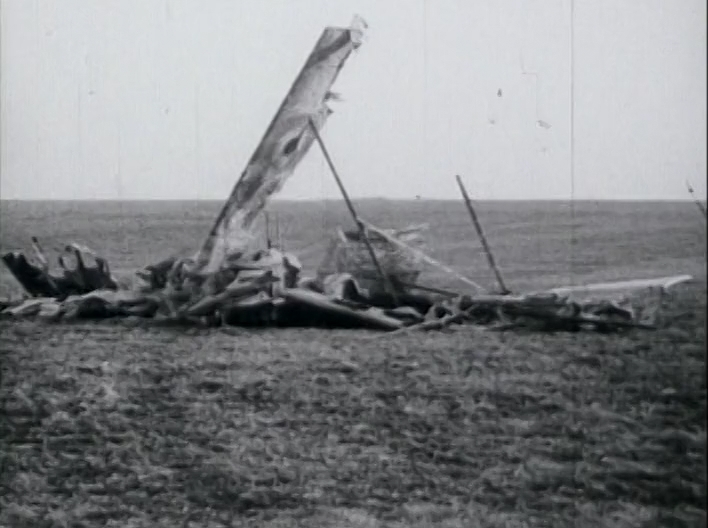