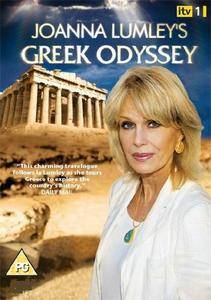 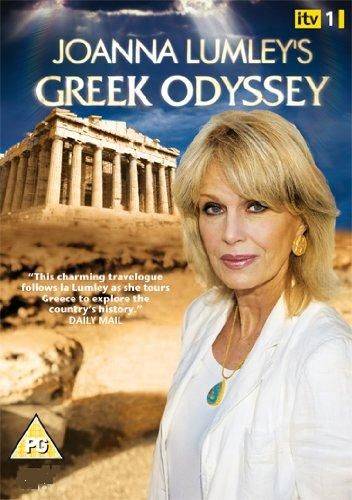 Joanna Lumley sets out to explore one of the most diverse and surprising countries in Europe, where much of western civilisation began. On her odyssey, Joanna encounters both the ancient and modern aspects of Greece, touching on how the origins of drama, democracy, science, philosophy and medicine can be found here, and how they have left an enduring legacy on the fabric of our everyday life. Following in the footsteps of the ancient Greeks, she visits some of the most significant sites of their empire, exploring the history, gods, beliefs, myths and legends which hail from this profoundly significant chapter in European history. Delphi, Ancient Olympia, the Gates of Hades and Mount Olympus all feature within her travels. So too does the British influence on this land, from the occupation of Corfu to its connection with the most romantic of all poets, Lord Byron.

Episode: 1 the Land of the Ancient Greeks
Joanna begins her Greek odyssey at the Parthenon in Athens, which was created by the ancient Greeks two and a half thousand years ago. This was the dawn of western civilisation, which saw the birth of democracy, language, science and medicine. From here Joanna travels around the southern region of Greece from Athens to the Peloponnese, visiting spectacular mythical and historic sites left by this great civilisation. These were places of theatre, death, sport and religion to the Ancients and they represent the very cornerstone of this empire. The Greeks flocked to these sites and Joanna follows in their footsteps.

Episode: 2 Greece's Borderlands
Joanna is travelling across the northern most regions of Greece, through an area that has been vastly influenced by the world around it, more so than anywhere else in the country. Her route is from the western Ionian island of Corfu to the turbulent eastern border it shares with Turkey and Bulgaria. It’s a frontier-land where foreign invasion and occupation have left a fascinating legacy. The British ruled Corfu for 50 years. Joanna discovers how they left their mark with cricket, brass bands, ginger beer and the staunchest local anglophiles in “Kensington-on-sea”. Crossing to the mainland, Joanna retraces the steps of another lover of Greece. Lord Byron’s inspirational journey through the western highlands by horseback became the stuff of legend and, just like the great poet, Joanna also gets caught in a ferocious rainstorm. Travelling across a land shaped by generations of invading empires to its far eastern corner, Joanna discovers traditions and cultures inspired by their occupation.

Episode: 3 the Islands
In this episode Joanna explores some of the fourteen hundred Greek Islands that make up this maritime nation. Each has a story to tell, often a fascinating history spanning thousands of years. Tthe Greek islands are a familiar destination for many a British holidaymaker. Yet beyond the deck chairs and white sands is a culture which has created one of the greatest seafaring nations of the world. Hitching a lift on board a shipping magnate’s yacht, Joanna’s route begins on the ancient island of Crete, where she learns about a way of life that has transcended centuries, spending time with the shepherds in the high, remote mountains of the island. The shepherds played a key role fighting alongside the Resistance against the Nazi occupation of Crete with the British SOE Agent, Patrick Le Femour, whose exploits became the basis for the film, Ill Met by Moonlight. Crete is also Zeus’ birth place and the home of Raki, a local firewater that fuels traditional Cretan festivities. On the island of Kos she explores the birth place of Hippocrates, the father of modern medicine, before ascending the only active volcano on the island of Nisyros.

Episode: 4 Mount Olympus and Beyond
This week Joanna meets the people and discovers places in the mountainous region of northern Greece. Here the hills are alive with ancient stories and legends. Some familiar, others long since gone untold. Where better to start than a climb up Mount Olympus, the country’s highest peak. Here, the ancient Greeks believed that the gods had their dwelling place, where they meted out punishments and blessings upon the mere mortals, thousands of feet below. She meets the modern gods of today, sporting athletes who taking part in the brutal challenge of the Mount Olympus marathon. Joanna travels east to discover more legends and traditions off the beaten track. She is quite unprepared for a women’s rude fortune telling festival, which has origins dating back to Homer. Poems are read out to large crowds, telling of someone’s future, but often these revelations are quite shocking and vulgar. Joanna also explores a magnificent church that was built in just forty days and discovers the otherworldly landscape of Meteora, where Orthodox monks still inhabit the monasteries in the sky.

also You can find my last: History-posts 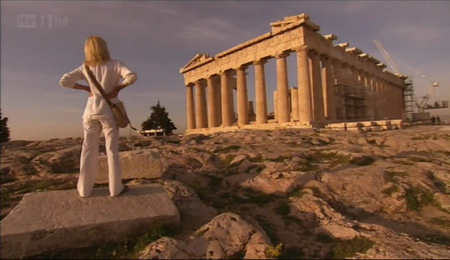 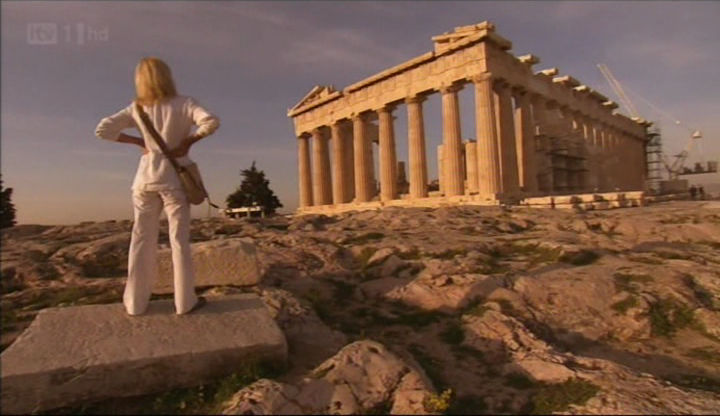 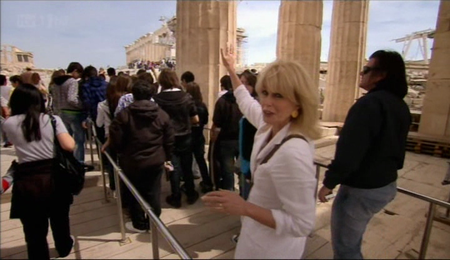 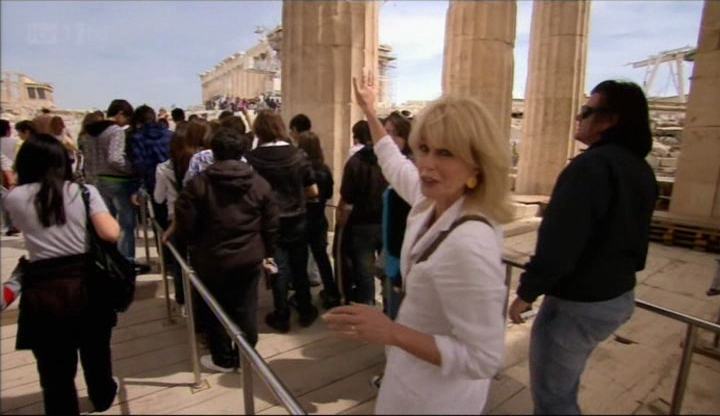 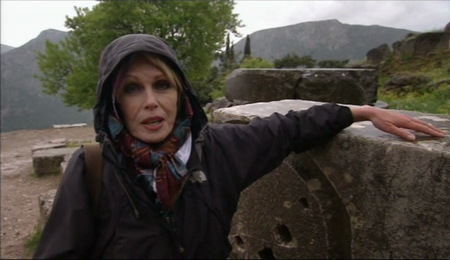 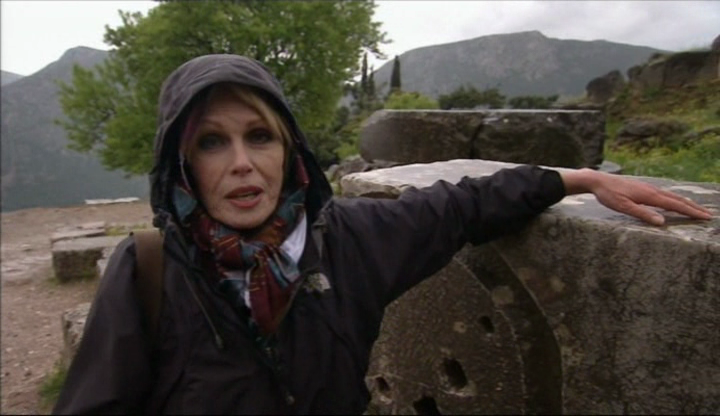 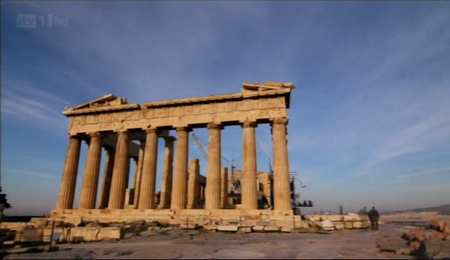 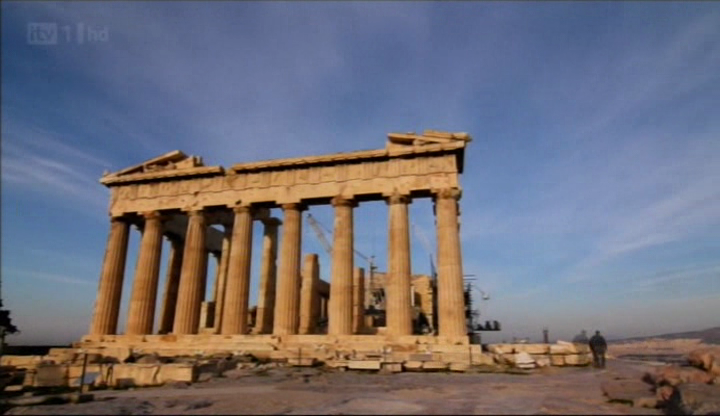