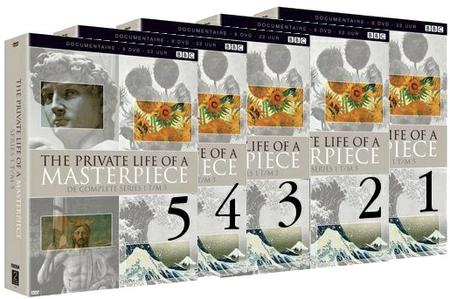 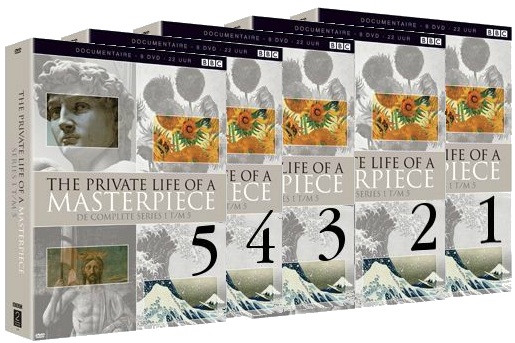 This award-winning series, Private Life of a Masterpiece, reveals the full and fascinating stories behind famous works of art, not just how they came to be created, but also how they influenced others and came to have a life of their own in the modern world. The works of art featured here are both instantly familiar and profoundly mysterious.

Concentrating on four icons of Renaissance painting, this documentary series reveals how the works came to be created, how they influenced later artists and how they eventually gained canonical status. The acclaimed quartet consists of Sandro Botticelli's La Primavera, Paolo Uccello's The Battle of San Romano, Leonardo da Vinci's The Last Supper and Piero della Francesca's The Resurrection.
1.1La Primavera
Botticelli's painting is extraordinarily beautiful; his portrayal of Flora, the central character, reveals a face you might find in London or Bologna or Boston today. But what the painting is about is a mystery which scholars devote their lives to solving. It is rich is sex, even rape, but it also about love and the highest aspirations of man.
1.2The Battle of San Romano
Among the greatest of all depictions of battle, these three panels were break throughs in painting technique, so that contemporaries must have viewed them in awe. Also they were the victims of an audacious art crime.
1.3The Last Supper
The story of probably the most renowned painting in the world. The Last Supper revolutionized Western art and its power reverberates to this day in the courts and the bookshops and cinemas.
Just how Leonardo Da Vinci broke with traditions in creating his supremely dynamic masterpiece is recounted, together with the tale of his disastrous attempt to use a new technique in wall-painting.
1.4The Resurrection
The first moment in the Christmas story is the arrival of the Archangel Gabriel to tell Mary that she has been chosen to give birth to the son of God. Many painters have depicted this event, none better than the great Flemish painter Jan Van Eyck.
As befits a man who seems to mixed espionage in with painting for his patron, Eyck’s picture is full of symbols and half-concealed messages. It has an extraordinary after-life - sold by the Soviets against the wishes of the Hermitage and bought by a secretive American millionaire who hid it away in a cellar.

This engaging series of art documentaries investigates the stories behind classic works by three masters of 17th-century painting: Rembrandt van Rijn and Johannes Vermeer of Holland and Diego Velazquez of Spain. A Dutch military company sets out in Rembrandt's The Night Watch, Vermeer celebrates his own medium in The Art of Painting, and the goddess of love regards herself in a mirror held by Cupid in Velazquez's The Rokeby Venus.
2.1The Night Watch
Why should a painting of a group of part-time Amsterdam militiamen, dressed up for an occasion that wasn't serious anyway, have become the most revered painting in Holland? The full story of Rembrandt's masterpiece.
2.2 The Art of Painting
Of all Vermeer's paintings, it was probably this picture that he held in greatest esteem. It was the painting he used to show off his skills to customers. A customer three centuries after he died was none other than Adolf Hitler
2.3 The Rokeby Venus
She's been called 'the most smackable bum in art'. Velazquez's portrait of a young woman lying naked on a couch gazing at her reflection in a mirror held by Cupid has an extraordinary story

Learn the fascinating stories behind three paintings from the first half of the 19th century: Francisco Goya's The Third of May 1808, Eugène Delacroix's Liberty Leading the People and Hokusai's The Great Wave. Discover how Goya used drawings by authentic witnesses to depict a real firing squad; how Delacroix's masterwork influenced the Statue of Liberty; and how Hokusai's print won him adulation far beyond his native Japan.
3.1 The Third of May 1808
Arguably the most powerful painting about war ever achieved. It portrays the slaughter of civilians after Napoleonic troops entered Madrid in 1808. The programme reveals the historical truths behind the painting and shows exactly how Goya achieved this masterpiece of protest.
3.2 Liberty Leading the People
The great revolutionary masterpiece, painted by a man who soon complained that revolutions got in the way of dinner parties. Shunned by the government of the day, it has endured to become the symbol of the French republic and an icon of later revolutions.
3.3 The Great Wave
Perhaps the most celebrated of all Japanese pictures, the Great Wave's portrayal of a huge wave about to overwhelm three boats was only produced by Hokusai when he was old and broke and needed money badly. A print that cost little more than bowl of noodles to those who first bought it, the image has been hugely influential on later art.

Three iconic artworks of French, American and Norwegian art from 1851 to 1900 are examined in this trio of fascinating documentaries, starting with the Edouard Manet's controversial Le Déjeuner Sur L'Herbe. The other two paintings, both widely and frequently referenced in popular culture, are American artist James Whistler's Portrait of the Artist's Mother and Norwegian painter Edvard Munch's seminal Expressionist gem The Scream.
4.1 Dejeuner Sur L'Herbe
Two men sitting on the grass, with a picnic nearby. They are not looking at a naked woman seated nearby, who stares brazenly out of the canvas at the viewer. In the background a second woman is doing something hard to quite see. Just what is going on? The full story of the painting that many believe is the beginning of modern art.4
4.2 Portrait of the Artist's Mother
The stark portrait, mainly in greys and black, that James McNeill Whistler painted of his mother is now a picture that is widely lampooned as a portrait of a prim Victorian lady. She is shown smoking reefers, wearing trainers, having a tatoo. But Whistler's approach was revolutionary in its time, wholly departing from the Victorian tradition of sentimental narrative painting. His relationship with his mother was also an intriguing study in contrasts.
4.3 The Scream
The Scream tells the life-story of the painting more widely reproduced than any other, even the Mona Lisa. It shows exactly how and why the Norwegian expressionist Edvard Munch arrived at his extraordinary image and how that image of the screaming person has reverberated down the decades to become an icon in modern culture.

A lively dance, a vase of brilliant yellow flowers and an afternoon on the banks of the Seine provide the inspiration for these three masterpieces from the Impressionist and post-Impressionist eras. Three meticulous documentaries outline the histories and far-reaching influence of Auguste Renoir's Dance at the Moulin De La Galette, Vincent van Gogh's The Sunflowers and Georges Seurat's A Sunday on La Grande Jatte.
5.1 Bal au moulin de la Galette, Montmartre
This painting was once described as the most beautiful of all the artworks of the 19th century. Certainly it seems the happiest. But beneath renoir's joyful portrayal of working class Parisians at leisure is another, darker story.
5.2 Sunflowers
Perhaps the most reproduced of all 19th century paintings, The Sunflowers has a story that lies at the crux of the complex relationship between Van Gogh and Paul Gaugin. The programme reveals how Van Gogh started to paint sunflowers soon after he moved from Holland to Paris and how they became the emblem of his embrace of Southern France, warmth and the sun. It looks especially at the 8th of the Sunflower paintings, the one in the National Gallery in London which is arguably the best in the series. It was most admired and desired by Gaugin but denied to him by Van Gogh as their relationship deteriorated.
5.3 A Sunday Afternoon on the Island of La Grande Jatte
A popular masterpiece and yet an enduring enigma. It seems to show a quiet scene in a Paris park but there are hints at the demi-monde, if you know where to look. The most remarkable aspect of this vast canvas however remains Seurat's technique his revolutionary pointillism. 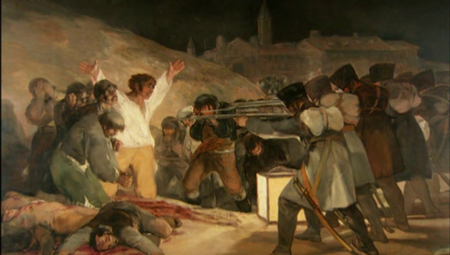 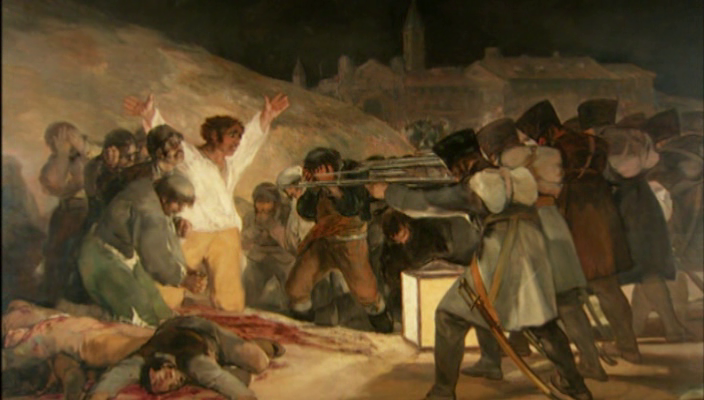 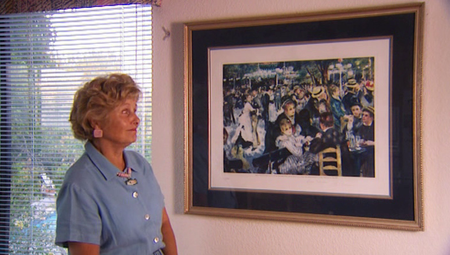 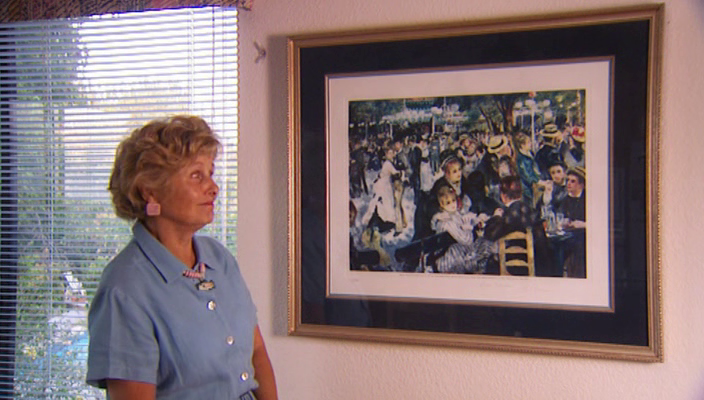 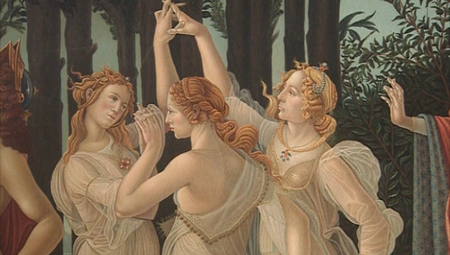 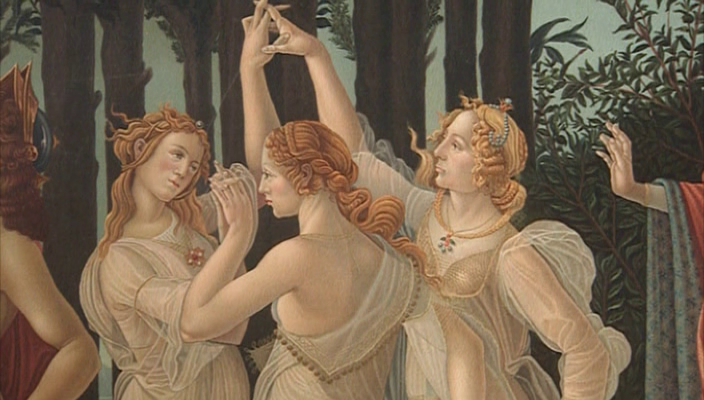 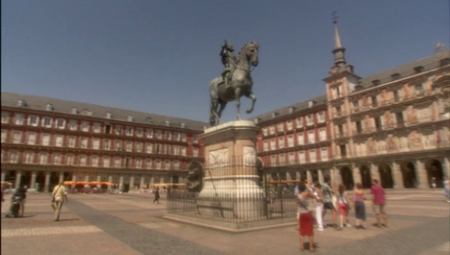 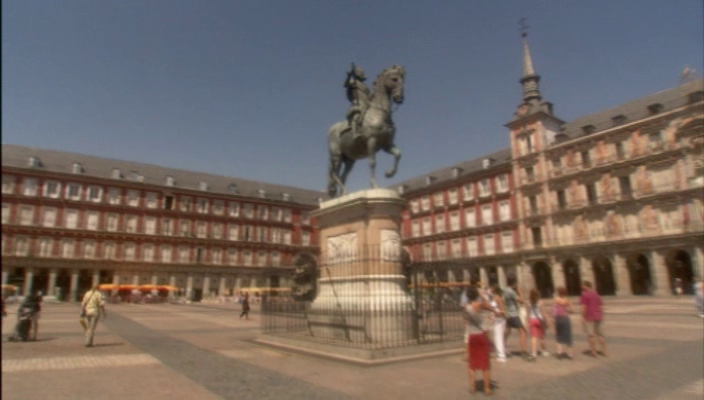 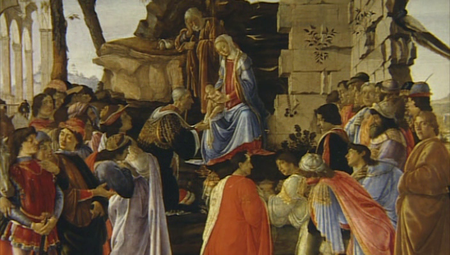 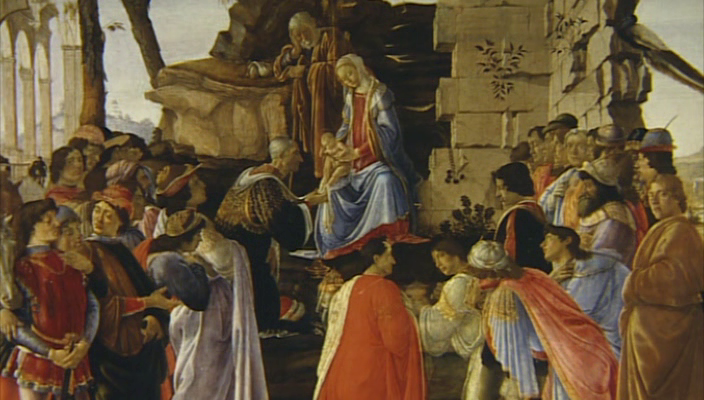