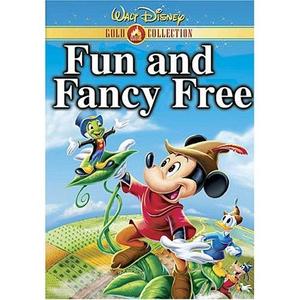 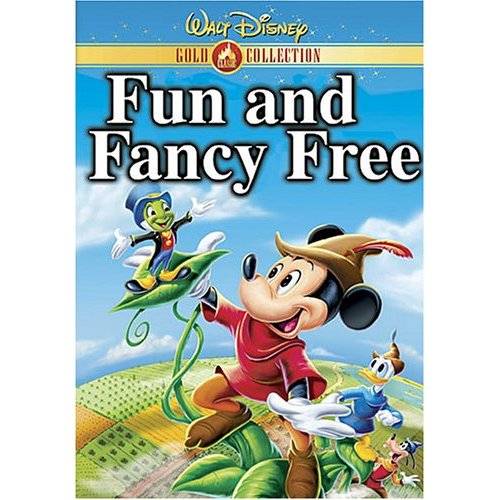 Fun and Fancy Free, Walt Disney's 9th full-length animated masterpiece, is a delightful gem that not only sparkles with charm, but is unbelievably rich in history-making Disney moments. It was the last animated feature starring Walt Disney as the voice of Mickey Mouse, and the only film featuring all four of Walt Disney's most famous characters – Mickey Mouse, Donald Duck, Goofy, and Jiminy Cricket.
Following Disney's classic tradition of great storytelling, unforgettable characters, music, and adventure, FUN AND FANCY FREE is the joyful telling of BONGO and MICKEY & THE BEANSTALK, two timeless tales magically brought to life by the beloved Jiminy Cricket and the masterful combination of animation and live action.
And now, in celebration of its 50th anniversary, FUN AND FANCY FREE has been beautifully restored so a whole new generation can experience the magic of Walt Disney's original theatrical vision – for the very first time! One of Disney's happiest films ever, FUN AND FANCY FREE makes a valuable addition to your Disney video collection.