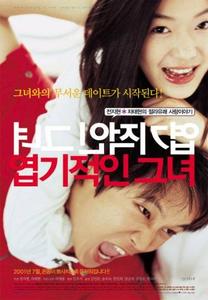 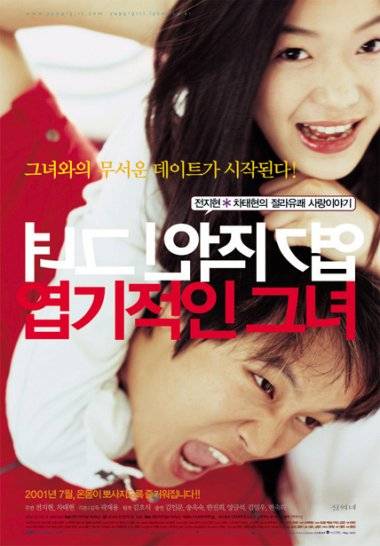 Summary: Based on a series of true stories posted by Ho-sik Kim on the Internet describing his relationship with his girlfriend. These were later transformed into a best-selling book and the movie follows the book closely.

As the film opens we are introduced to Kyun-woo, a kind-hearted but at times naive college student who seems to keep getting into trouble. On his way home one night he encounters a beautiful but completely smashed young woman who causes a scene in the subway, calls him "honey", and then passes out. With the eyes of the other subway passengers upon him, he has little choice but to take responsibility for her. Thus begins his relationship with the at-times charming, at-times violent damsel who steals his heart.
Much of the film is structured around the bizarre antics of Kyun-woo's newfound girlfriend. After she passes out yet again, Kyun-woo looks at her blissful face and promises to himself that he will save her, and right whatever it is that troubles her. This proves to be much more of a challenge than he expects.