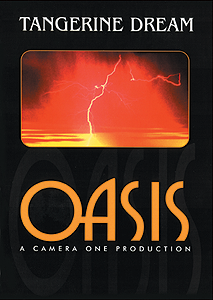 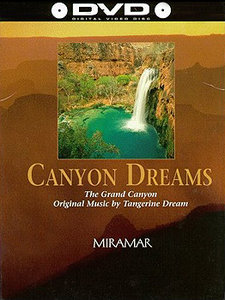 
A beautiful blend of scenic cinematography of the majestic Grand Canyon and original music by Tangerine Dream. The soundtrack was nominated for a Grammy award. The DVD was originally a VHS release and the transfer must have been from the same. Consider the year it was released and don't download this if you're looking for something that matches today's standards regarding image quality. Get this if you're looking for a fine Tangerine Dream album garnished with some very cool visuals to go along.
Electronica Easy Listening Clips Avant-Garde MP3 Rock 80s Music video Progressive rock
Details 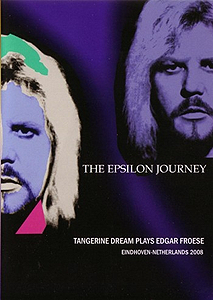 Tangerine Dream - The Epsilon Journey: Tangerine Dream plays Edgar Froese (2008)
DVD9 (7.11GB) | Audio: DD2.0@192kbps/DD5.1@448kbps | Running Time: 2:34:55
Progressive Rock / Electronica | Publisher: Eastgate Studios | Composer: Edgar Froese
The first and maybe the only time you will see and hear Edgar Froese performing his solo compositions created from the mid seventies until today.
The Tangerine Dream line up gave him a wonderful support at the Technical University of Eindhoven in the Netherlands on April 13th 2008. As a lot of Edgar's music had been composed during his worldwide journeys you will also see many private intimate picture cuttings which are telling stories about his laptop-mini-keyboard adventures in the deserts to the oceans. Enjoy this exclusive extraordinary Edgar Froese - Tangerine Dream DVD with its special atmosphere!
Concers Electronica MP3 320 CBR Easy Listening Avant-Garde 2000s MP3 Rock Music video Progressive rock
Details 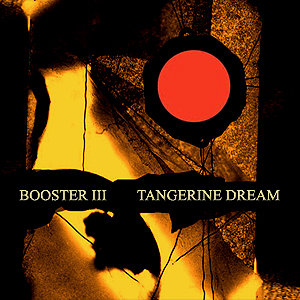 Tangerine Dream - Booster III (2009)
Electronica / Krautrock | MP3 CBR@320kbps (332MB)
Publisher: Eastgate Studios | Composer: Edgar Froese
"The BOOSTER series supposed to be a musical side reflection - a hidden TD landmark not aimed for a TD mainstream success. But sometimes things were turned upside down. The whole cupdisc idea which now became a short note musical diary format plus some extras released on the two previous Booster volumes provoked such an enthusiastic reaction that you will have the chance now to experience the III. part of this series. It will follow the same philosophy like you know it from Booster I+II. Some tracks you will be familiar with, others are completely fresh from the recording desk here in Vienna. It truly will become one of your most enjoyable travel companion in your car, on your I-pod, mobile or whatever you prefer storing a piece of timeless music on."
MP3 320 CBR Electronica Ambient Easy Listening Avant-Garde 2000s Rock Progressive rock
Details 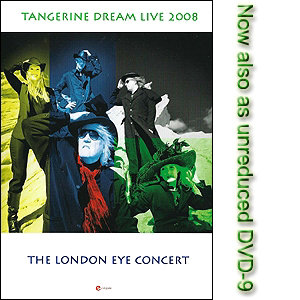 Tangerine Dream - The London Eye Concert & The Los Angeles Concert (2008)
DVD9 (7.26GB) or DVD5 (4.20GB) and DVD5 (4.13GB) | Audio: DD2.0@192kbps/DD5.1@448kbps | Running Time: 4:52:28
Progressive Rock / Electronica | Publisher: Eastgate Studios | Composer: Edgar Froese
Two weekends early November 2008 – 1st weekend, a night in the freezing cold and rainy city of London and a week later the 2nd night out in sunny Southern California – the weather contrast could not have been more different but what about the two shows? We, the people from Eastgate, just announce this 2DVD set – you - as part of the TD friend or fan community - should find out which one you can relate to or feel more sympathies with. For the band it was a short adventure trip – please find out about the two shows in a filmed document coming in one packing. 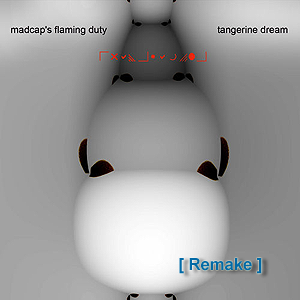 Tangerine Dream - Madcap's Flaming Duty (2007)
DVD5 (4.21GB) | Studio Session | Lyrics & Artwork incl. | Running Time: 1:32:21
Progressive Rock / Electronica | Publisher: Eastgate Studios | Composer: Edgar Froese
'Madcap's Flaming Duty' is a 2007 album by Tangerine Dream.The album is a tribute to Syd Barrett who died in 2006; the title references Barrett's album 'The Madcap Laughs'. Filmed during a studio session in Vienna January 2007 Tangerine Dream shows a different aspect of their musical life and artistic variety. With wall to wall lyrics from famous english and american poets, the song structure of this production opens a hidden door to the band's unusual microcosm of sounds and music. Script, produced and directed by Edgar Froese. TD’s performance of all 13 songs - including a bonus song -, shows the Band in a very cool and relaxed atmosphere. Additionally you’ll see some ‘making of images’ as well as a 6 minutes Intro. It is probably the most intimate and private session the Band has done so far. Sit back and relax while watching this studio session par excellence.
Concers Ambient Easy Listening Avant-Garde 2000s MP3 Rock Music video Progressive rock
Details 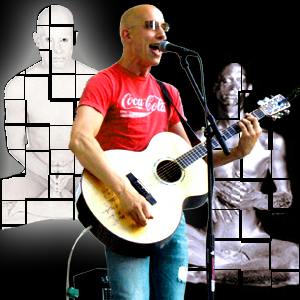 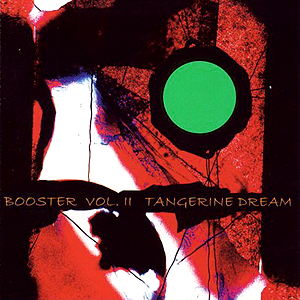 Tangerine Dream - Booster Vol.2 (2008)
EAC Lossless [FLAC/CUE/LOG] (872MB) | MP3 CBR@192kbps (190MB)
Electronica | Publisher: Eastgate Studios | Composer: Edgar Froese
"BOOSTER 1 supposed to be a musical side reflection - a hidden TD landmark not aimed for a TD mainstream success. But sometimes things were turned upside down. The whole cup disc idea which now became a short note musical diary format plus some extras released on Booster 1 provoked such an enthusiastic reaction that we couldn't refuse to give you Booster Vol. 2 - here it is. Call it Booster 2 or like veggie Ed named it "Biophysiological Soul Vitamines"… If that isn't strange enough he did threatening all of us with producing a series Booster 1 to Booster 10!! No comment about that guy from our side! :-)"
Electronica Easy Listening Avant-Garde 2000s MP3 Rock Progressive rock Lossless
Details 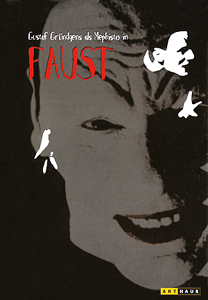 Wolfgang von Goethe - Faust
DVDRip | German | Video: DivX@1440kbps | 720x416px | AVI | Audio: MP3@128kbps | 1400MB
Duration: 2:04:03 | Production year: 1960
In 1957 Gustaf Gründgens staged a new production of Goethe's Faust in which he once again played Mephisto, a part he had played since 1932. The brilliant production was a huge success and ran for a couple of years. In 1959 Peter Gorski captured the performance on film in his directorial film debut. Basically it is a registration of the production, but Gorksi did manage to accentuate the details of the acting by using enough medium and close-up shots which give a view on the acting you normally would not able to see in a theater.
Romance 1990 Special subjects eLearning Videos Melodrama 1960 DVD-Rip Drama HDTV Classics Art-house
Details 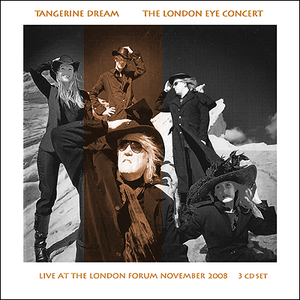 Tangerine Dream - The London Eye Concert (2009)
3 Audio-CD's | MP3 CBR@320kbps (390MB) | Total Running Time: 2:50:26
Electronica | Publisher: Eastgate Studios | Composer: Edgar Froese
'The London Eye Concert' was recorded during Tangerine Dream's live concert at the FORUM at London-Kentishtown on 1st November 2008. London's and TD's soundscapes are so unique like a score to a movie. The British influence in TD's music within their 40 years' development most people may have recognised. For those who couldn't join the concert or like to relive it again: Here's the full cut of their beat show at the Forum in Kentishtown. A kaleidoscope beginning with the new title "Trauma" (Autumn In Hiroshima) and ending with the breathtaking live interpretation of the TD classic "Cloudburst Flight". 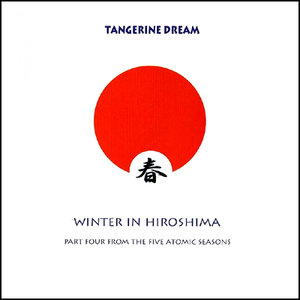 Tangerine Dream - Winter in Hiroshima (2009)
Electronica | EAC Lossless [FLAC/NoCUE/LOG] (360MB)
Publisher: Eastgate Studios | Composer: Edgar Froese
"Winter In Hiroshima" – the fourth part of The Five Atomic Seasons is another document of the remarkable wide range of musical landscapes created by Tangerine Dream. Even if the music never left the sad background the story itself requires, the fourth season will explain some of the positive vibes which guide two protagonists far beyond the prevailing circumstances. So take over the positive energy filling this production in order to become part of an astonishing turn the story has to offer. Wintertime in its description here will move you gently away from the hopeless land of horror over to a new silver lining of new challenges within everybody’s day to day life back in 1945. Read and then listen to an outstanding hour of personal experiences.
Electronica Ambient Easy Listening Avant-Garde 2000s MP3 Rock Progressive rock Lossless
Details 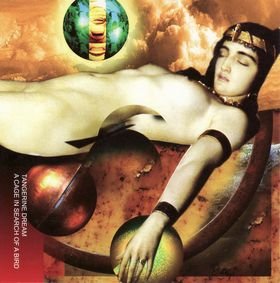 Tangerine Dream - A Cage In Search Of A Bird (2009)
EAC Lossless [FLAC/NoCUE/LOG] (133MB)
Electronica | Publisher: Eastgate Studios | Composer: Edgar Froese
"You will find on this mini cupdisc "A Cage In Search Of A Bird” - Part I + II. It’s not just the title alone being kafkaesque it´s also the music which takes you away from your daily so-called reality into the upside down alchemical world of nothing and all. The third track "Kiev Mission" is known to most TD addicts as one of THE classical Dream tunes created back in the early 80’s. Originally you could listen to Russian sentences of planet earth specifications. Within this new production we wanted to keep the remake a bit more neutral and recorded it purely instrumental. This was hard work especially because of the sound research within TD’s classic library containing all samples from the past decades. So please listen to the past of today."
Electronica Ambient Easy Listening Avant-Garde 2000s MP3 Rock Progressive rock Lossless
Details 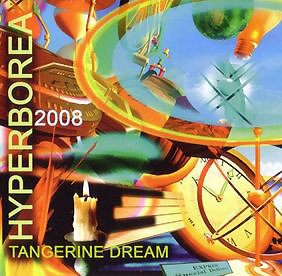 Tangerine Dream - Hyperborea 2008 (2008)
Genre: Electronica | MP3 192 Kbps | 58 MB | Re-Recording
Publisher: Eastgate Studios | Composer: Edgar Froese
This CD is a limited edition and Eastgate Music sold just 2000 copies. This new studio album is a remake of the original recording session back in Berlin in 1983. The title refers to the mythological land beyond the cold North wind, an earthly paradise of eternal sunshine. "Like Logos Live, Hyperborea was determined by the new generation of digital synthesizers and sampling technology. We were able to memorize sounds and used a lot of sampled drum sounds. We invented new rhythm structures by using a special arpeggiator technique and so on. The title No Man's Land was influenced by the film 'Gandhi' and its brilliant soundtrack." (Tangerine Dream)
Electronica Ambient Easy Listening Avant-Garde 2000s MP3 Rock Progressive rock
Details 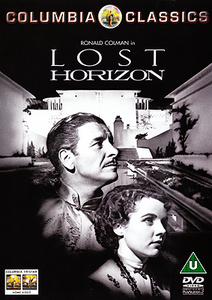 Lost Horizon (1937)
DVD9 untouched | ISO | 7.42GB | Renewed Edition (see description) | Subtitles for 19 Languages
Multilanguage (ENG GER FRA SPA ITA) | Bonus Material + HQ Scans incl. | Run Time: app. 97min
Lost Horizon, made at enormous expense by the famous Frank Capra in 1936, was based on a popular novel by James Hilton. It tells the story of a group of plane crash survivors in the Himalaya, who discover heaven on earth in Shangri-La, a word which entered the English language to mean a place of eternal happiness. The film was a controversial production. It ran way over budget, costing Columbia Studios an enormous proportion of their annual budget. The film was subsequently cut in 1937 from 132 to 116 minutes for rural distribution and then cut further to 108 minutes for re-release during the war to eliminate the pacifist message from the storyline. Due to the committed efforts of the American Film Institute and a world wide search for prints, this DVD contains a nearly complete reconstruction of the original movie (complete soundtrack of the original 132 minute version wherein 7 minutes of missing screen time are reconstructed from stills.)
Romance DVD Melodrama Drama Fantasy 2000 1930 Adventure Action Classics War
Details
Publication archive