Indestructible: The Unforgettable Memoir of a Marine Hero at the Battle of Iwo Jima 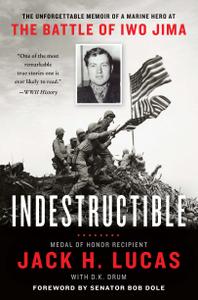 Indestructible: The Unforgettable Memoir of a Marine Hero at the Battle of Iwo Jima by Jack H. Lucas, D.K. Drum
English | January 7th, 2020 | ISBN: 0062795627 | 288 pages | EPUB | 16.74 MB
Medal of Honor recipient Jack H. Lucas's classic memoir of his heroics at the Battle of Iwo Jima—with a foreword by Bob Dole and reissued to coincide with the 75th anniversary of the battle in 2020. 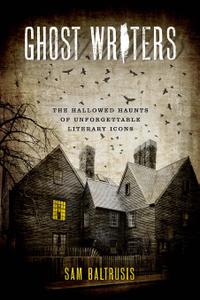 Ghost Writers: The Hallowed Haunts of Unforgettable Literary Icons by Sam Baltrusis
English | September 30th, 2019 | ISBN: 1493043684 | 200 pages | EPUB | 2.74 MB
Writers have a reputation of being tortured souls languishing among the living. Does the unrest continue in the afterlife? Sam Baltrusis, author of Wicked Salem: Exploring Lingering Lore andLegends, revisits the haunts associated with America's most beloved writers of ghost stories, including Edgar Allan Poe's enduring legacy in New York City to Nathaniel Hawthorne's indelible imprint at the House of the Seven Gables in Salem, Massachusetts. Armed with the ghost lore and legends associated with these unforgettable literary icons, Baltrusis breathes new life into the long departed.

Where to Go When: Unforgettable Trips for Every Month (DK Eyewitness Travel Guide) 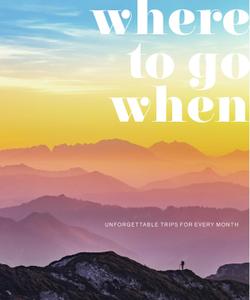 Where to Go When: Unforgettable Trips for Every Month (DK Eyewitness Travel Guide) by DK Eyewitness
English | October 22nd, 2019 | ISBN: 146549409X | 256 pages | True PDF | 94.38 MB
This is the ultimate holiday planner, showcasing the most amazing places in the world and the best time of year to see them. It combines an inspiring narrative with sumptuous photography to bring to life over 100 destinations across the globe - discover when and where to explore Costa Rica's rainforests, journey into the clouds in Nepal, sail between Croatia's cypress-clad islands, or gaze at the saw-toothed crags of Canada's Rocky Mountains.