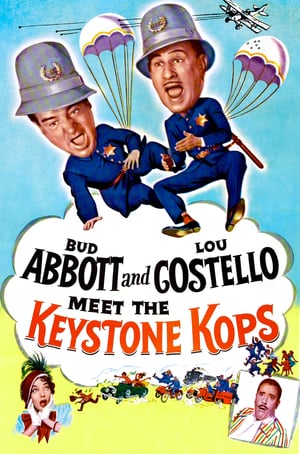 Abbott and Costello Meet the Keystone Kops (1955)
Harry and Willie are scammed into buying the Thomas Edison studio lot by a man named Gorman. They decide to follow Gorman's trail to Hollywood where, unbeknownst to them, he has taken the identity of a foreign film director. The lads wind up as stunt doubles in film the which Gorman is now shooting, while the conman tries to have the bungling pair done away with before they realize who he really is.
Comedy